Supporters of the Biden-Harris ticket in the Valley are celebrating the historic moment. 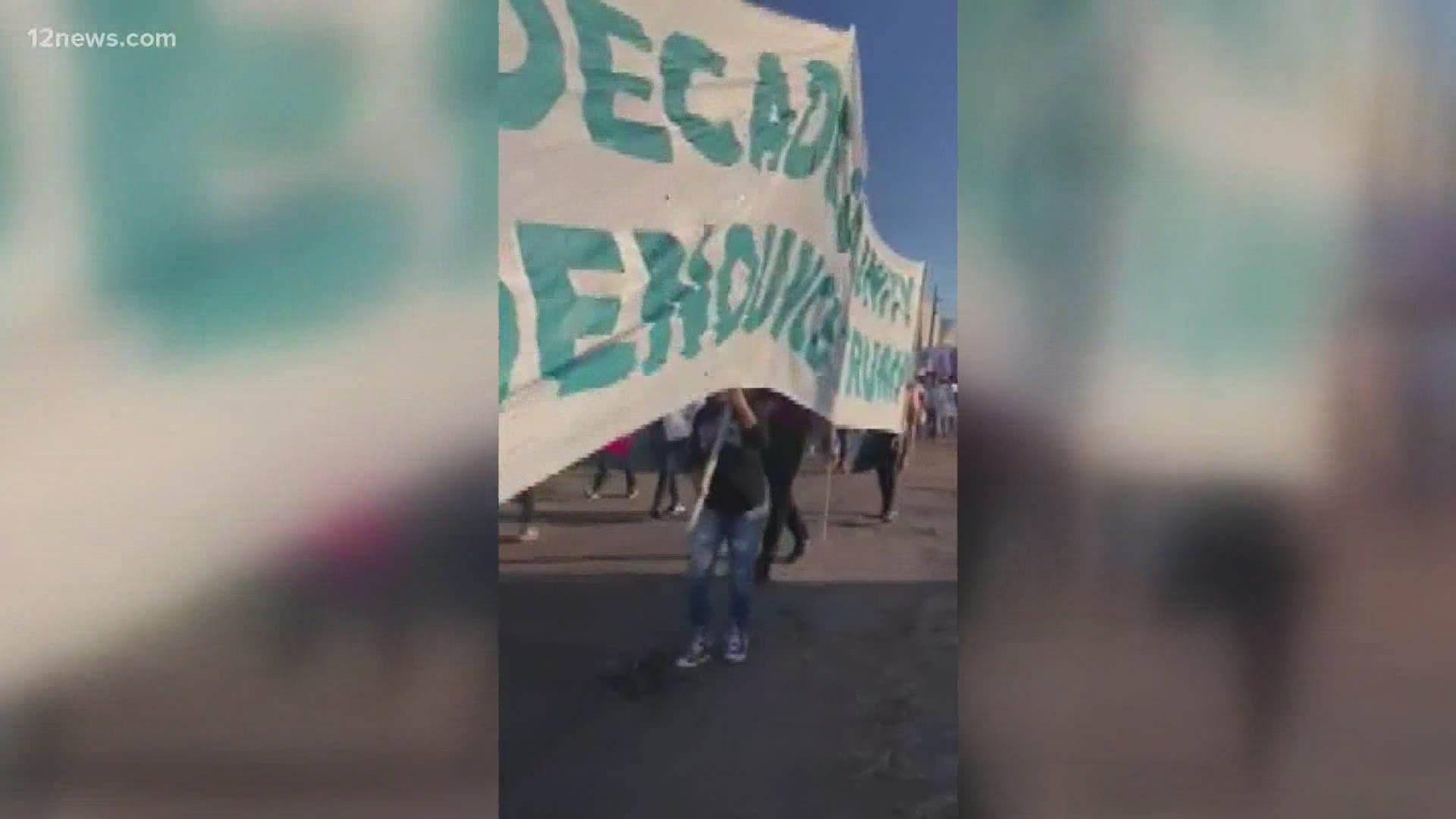 PHOENIX — Supporters of the Biden-Harris ticket in the Valley are celebrating the historic moment.

The moment comes as a hard-fought battle for Emily Kline, who worked to turn Arizona blue with Progress Arizona, a non-profit organization.

“I yelled. I was so happy to see the news finally come through and see it was set and called, ” says Kline. “This is such a shared victory, and a moment for us to have said as a country that we want to close a door on trump’s incompetence and hatefulness he represents.”

For these Biden supporters, the results are a move in a more positive direction.

“Hopefully we will get our soul and identity back,” says Jeremy Helfgot, a political consultant.

"As a 501(c)3 not-for-profit organization, Phoenix Pride does not endorse or oppose candidates for political office. "However, we do advocate in favor of policies that protect the LGBTQ community and oppose those that would do harm to our community and our allies. "The current administration in Washington has enacted, advocated for and stoked the flames of policies and ideas that are tremendously harmful and hateful to LGBTQ Americans, and particularly to the transgender community. Phoenix Pride has previously denounced the Trump Administration's actions and rhetoric designed to marginalize LGBTQ Americans, and we will continue to oppose any policies that seek to do so. "President-elect Biden and Vice President-elect Harris have made clear their support for marriage equality – a first for an incoming U.S. President – as well as their intent to roll back the harmful LGBTQ-phobic actions of the current administration. We look forward with optimism and confidence to a national return to the march toward equality and equity for all Americans, regardless of sexual orientation, gender identity, gender expression, race, ethnicity, faith, ability, status or place of origin. “Phoenix Pride will continue to call for and support policies that aim to extend and protect the rights of all Americans, and we are relieved at the prospect of a return to those shared values in the White House.”

We are relieved at the prospect of a return to those shared values in the White House.”

While Biden clenches a victory, Senator Kamala Harris is making history as the first woman to be Vice President-elect on top of her being the first Black woman and South Asian woman to have the title.

Shawn Gear, a member of Harris’ sorority Alpha Kappa Alpha Sorority Inc., says after a year of tragedies in the Black community, Harris is a silver lining.

“To see that someone has shattered the glass ceiling is exciting, for them to be able to dream, have aspirations and confirm you can be whatever you want to be,” says Gear.