Liz Robinson of Ted's Shooting Range says the spike in sales is triggered by loaded threats when it comes to banning guns. 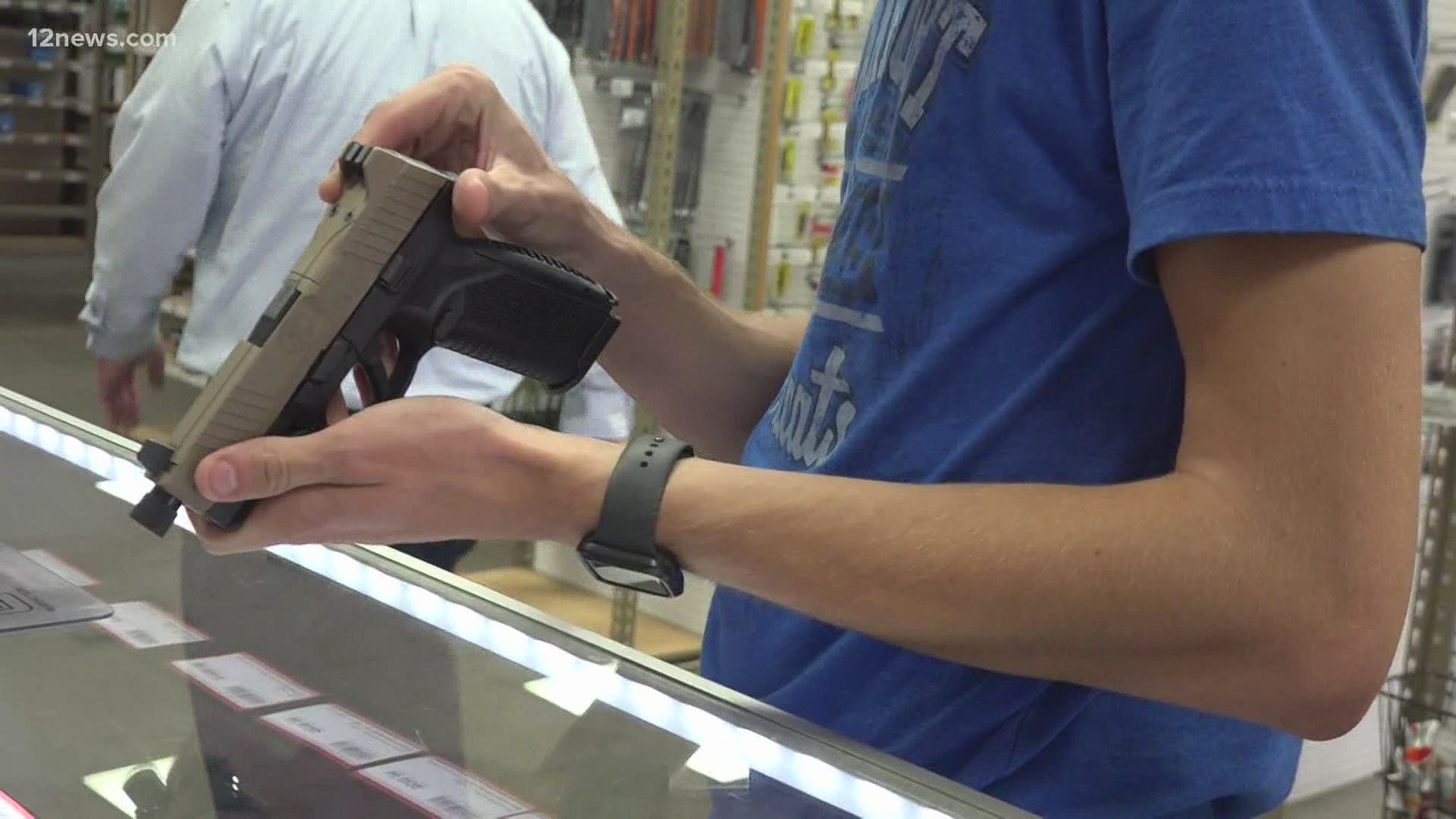 QUEEN CREEK, Ariz. — As tensions soar between politicians on both sides of the aisle, a lot of people are looking to protect themselves and their property.

Liz Robinson, co-owner of Ted's Shooting Range in Queen Creek, is quick to reload supply in order to meet demand.

"As soon as we get guns in, they're sold as soon as they come in. A lot of them never thought they'd own a gun and they're in here buying a gun for the first time because they're very nervous, they're scared," Robinson said.

She says the spike in sales is triggered by loaded threats when it comes to banning guns.

"They want to take away our guns, which you know, you can't do that it's our Second Amendment right, they start talking about it, people panic, then they just start buying, this is my third election, happens every election," she added.

"Learn how to use it, don't treat it as a weapon, treat it as a new tool of a sport that you're going to know and love," she said.

As sales soar they aim to encourage skill courses for first-time firearm owners.

"Go in and get proper training from an instructor, learn how to use it properly, if you're starting to get into the more technical stuff, go take a class from a good instructor on the tactical type stuff," Robinson said.

She adds if it's on the shelf today, odds are, it'll be gone tomorrow. So if you're looking to lock and load, don't delay.