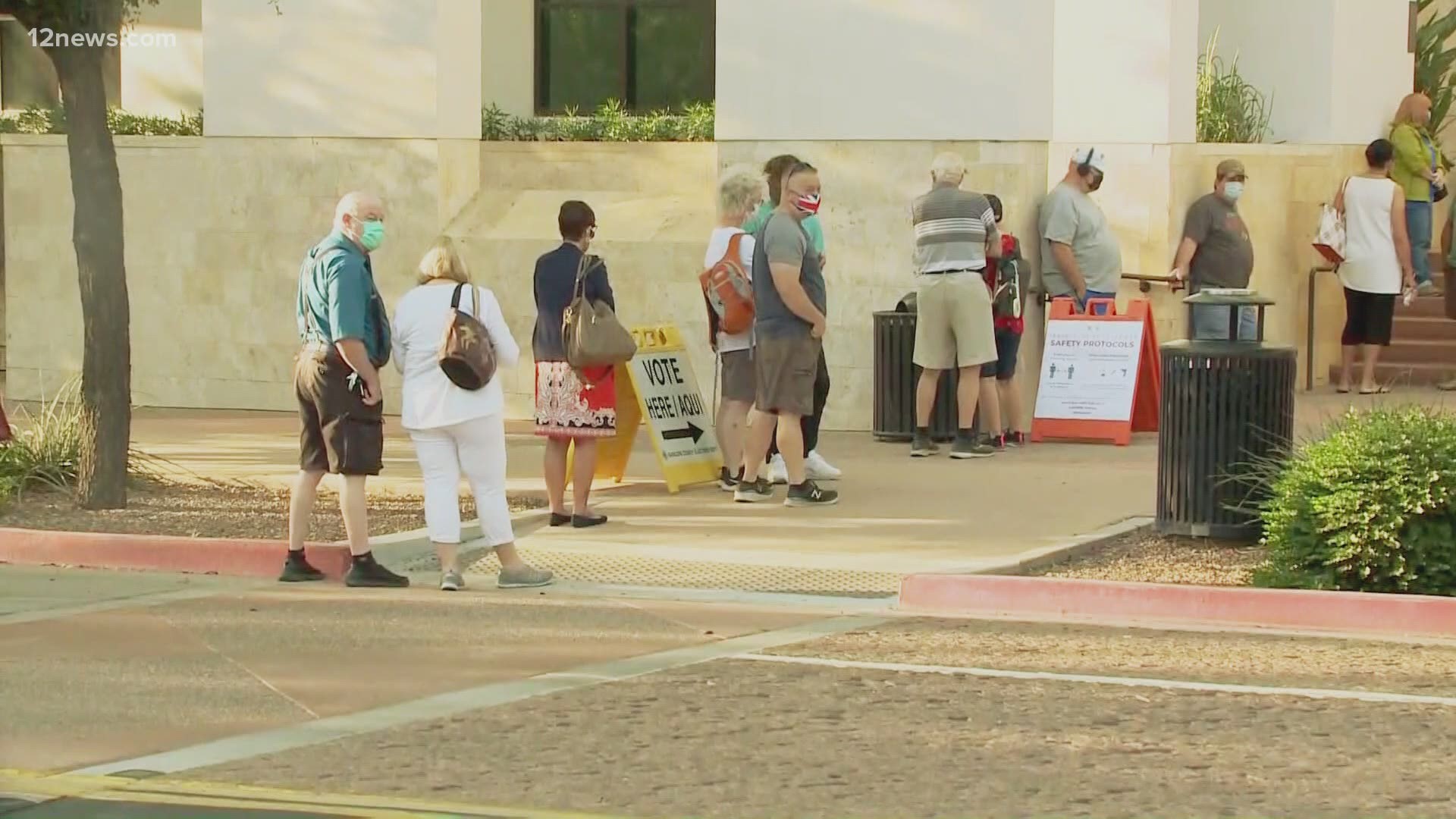 PHOENIX — With the start of early voting across Arizona, the next 27 days are Election Day at vote centers in Maricopa County.

There are concerns nationwide that polling places could become magnets for potential disruptions.

A large gathering of President Donald Trump’s protesters outside a Virginia polling place two weeks ago, while peaceful, reflects some of those worries.

Demonstrators have a First Amendment right to be outside a polling place. Under Arizona law, they have to be at least 75 feet away.

Elections officials and law enforcement said they have plans in place should demonstrations get out of hand.

“This is a standard issue we discuss not only with elections officials across the country, but with our other partners here in the county,” said Scott Jarrett, Maricopa County’s co-elections director.

“Many times its individuals that would show up to a voting location, and they’re not even aware that the activity they’re performing may be viewed as intimidating a voter.”

Here’s what we know about law enforcement agencies’ plans:

ACTIC staff connect with law enforcement agencies around the county.

“MCSO will be patrolling the different areas near the polling sites and will be able to respond in a timely manner if a situation where our presence is needed should arise.

“Each squad will have a designated area of responsibility. We will be working with and coordinating with the primary law enforcement agency on any calls for service at polling places within their jurisdiction.

“Deputies have been briefed and updated on the laws and procedures pertaining to polling places and will be prepared to respond as needed.

“Our deputies will be in plain clothes when observing and monitoring polling sites, however, they do have the ability to identify themselves as an MCSO deputy when responding to a call.”

- The FBI would get involved in potential violations of federal civil rights laws. Under the law, FBI agents can’t enter a polling place.

“If people want to stand outside the (75-foot) zone they can. But they can’t block people from coming and going,” said Murphy Bannerman, deputy director of Election Protection Arizona.

“We don’t want people to feel like they should be concerned when they’re trying to vote on Election Day.” 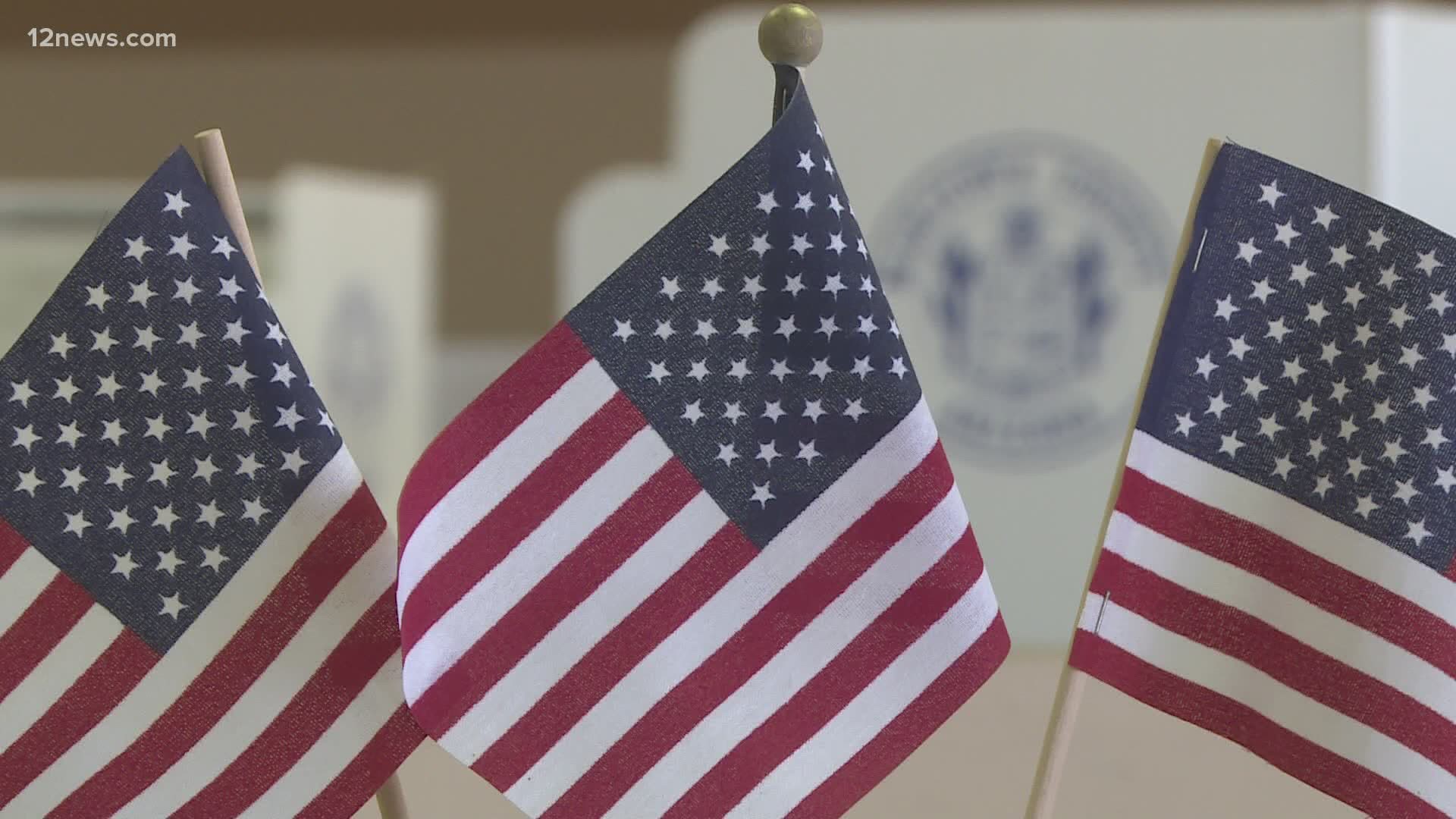