The Associated Press reported on Thursday that Prop. 208 has passed with 52% of votes. 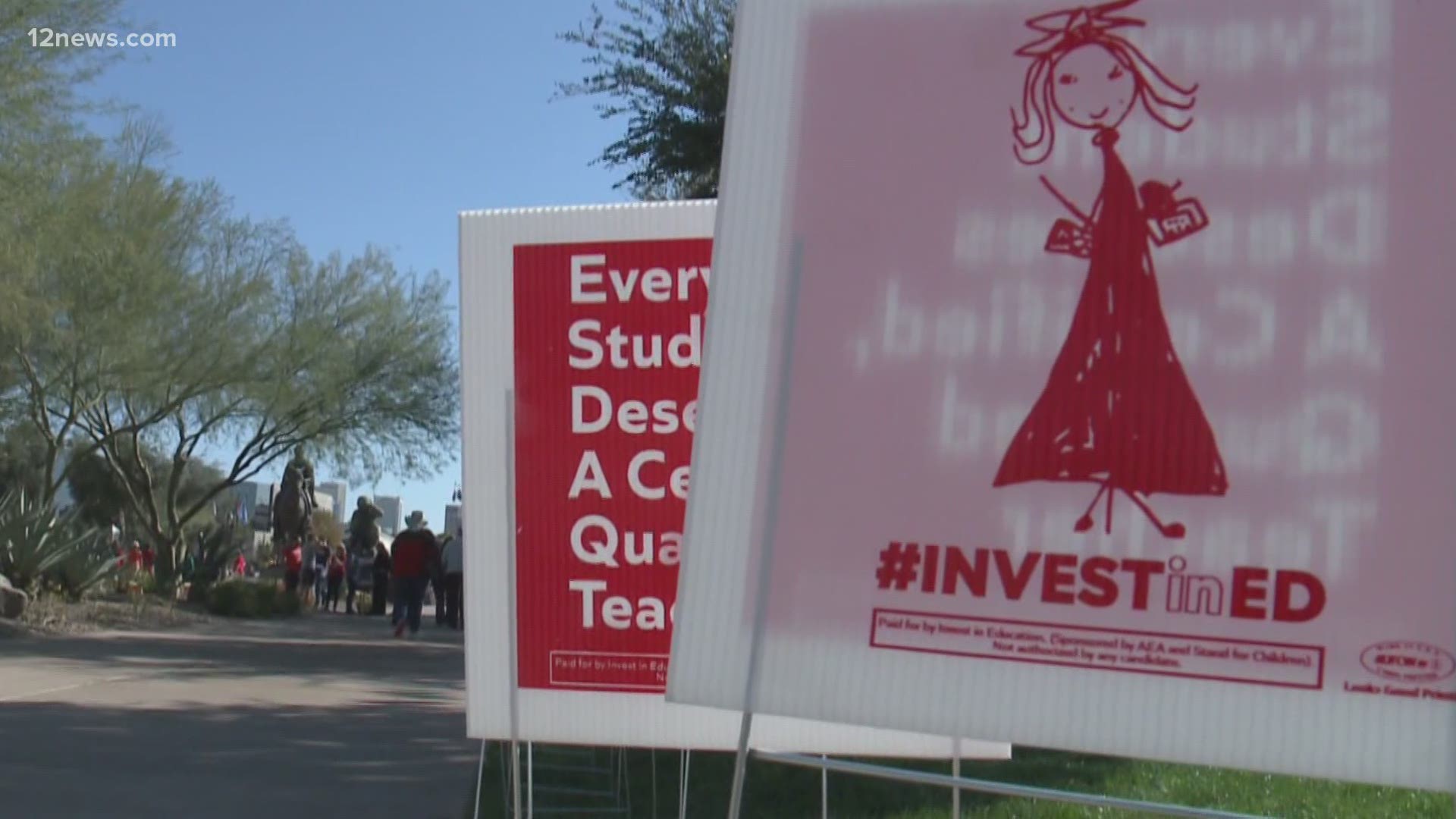 PHOENIX — Proposition 208, which will add a 3.5% tax surcharge to the state's highest earners to allocate toward Arizona's education budget has passed, according to the Associated Press.

As of 8:30 p.m. Thursday, Prop. 208 was voted into place with 52% of votes. It is estimated that around $85 million will be put toward the state's education because of it.

This was the second attempt in two years to pass a proposition that would assist with school funding. The last attempt was thrown out by the Supreme Court of Arizona.

“Hopefully this empowers schools to fill their empty positions and allows districts to pay a living wage to support professionals,” President of the Paradise Valley Educators Association Susan Seep told 12 News on Wednesday.

The approval of Proposition 208 came after the state’s business community spent more than $18 million trying to defeat the measure backed by many educators and progressive groups.

The measure was an outgrowth of a 2018 teacher strike that gave teachers a 20% pay raise over three years but fell short of what strikers demanded.