Primary questions: Are Arizona polling places safe? Can you vote without a mask?

A near-fiasco in March presidential primary made an impact on Tuesday's vote. A historic turnout is likely. 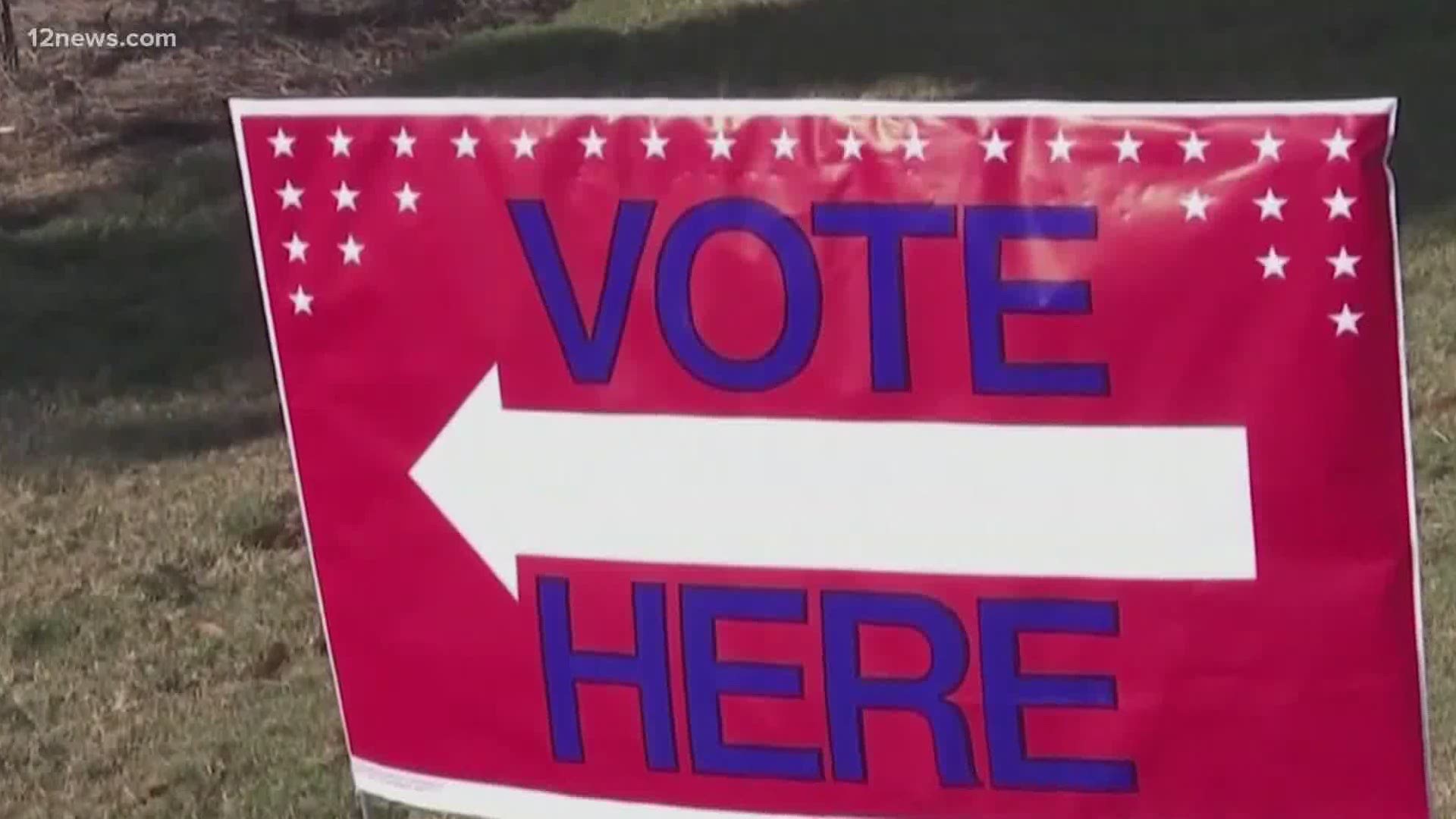 PHOENIX — Arizona voters are on track for a record turnout Tuesday in a statewide primary being held in the midst of a pandemic.

Maricopa County, home to more than 60% of the statewide vote, took steps to deal with the pandemic that have made voting easier than ever before - by mail or in person.

But there are still plenty of questions surrounding this election.

Here are the top three:

Will polling places be safe?

Maricopa County’s first experience with pandemic voting, during the March presidential primary, was a near disaster.

There was last-minute chaos as County Recorder Adrian Fontes attempted to send mail-in ballots to every voter (it never happened).

Poll workers didn’t show up, the county lacked the cleaning supplies for good COVID hygiene, and several polling places had to be dropped or dropped out.

That pandemic lesson made an impact on Tuesday’s primary election.

Poll workers have been on the job since early July -- days after early ballots were mailed out -- at dozens of walk-in voting centers.

The centers are a pandemic-inspired innovation to spread out the walk-up vote in hopes of avoiding a crush on election day.

Fontes said he ordered almost $200,000 worth of cleaning supplies.

If workers can’t make it Tuesday, he said, the county is ready with backups.

Several voting centers are at large shopping malls, to accommodate social distancing. The Maricopa County Board approved leasing the spaces.

On Tuesday, voters can cast a ballot at any one of 99 voting centers across the county. (Your regular polling place might not be on the list. Look up the one nearest you at Maricopa.Vote.)

Masks will be available for voters who don’t have one.

Voters who refuse to wear one, Fontes said, can still cast a ballot.

“But we’re going to try to get them in and out as quickly as possible to protect people from possible transmission of COVID-19,” he said.

President Donald Trump has claimed repeatedly - without any evidence - that mail-in vote are easy targets for fraud.

RELATED: VERIFY: No, the President can not delay the 2020 election amid coronavirus scare

More recently, a new fear has overshadowed the vote.

Mail delays indicate that the Trump appointee running the U.S. Postal Service might be slowing down the return of mail-in ballots

Fontes, a Democrat up for re-election in November, isn’t buying it.

The first results on election night are posted around 8 p.m. Tuesday, an hour after polls close.

Too often, the final results of the hardest-fought races aren’t known until Wednesday - of the following week.

New ballot-counting machines, a new two-week lead time on the ballot count, and a more aggressive approach to counting could deliver results in the closest races by Wednesday of this week.

One positive sign: As of midday Monday, 96% of the 713,000 ballots returned have been counted, according to the Maricopa County Elections Department.

There are far, far fewer ballots cast on Election Day.