Here is everything you need to know about Tuesday's primary election in Arizona. 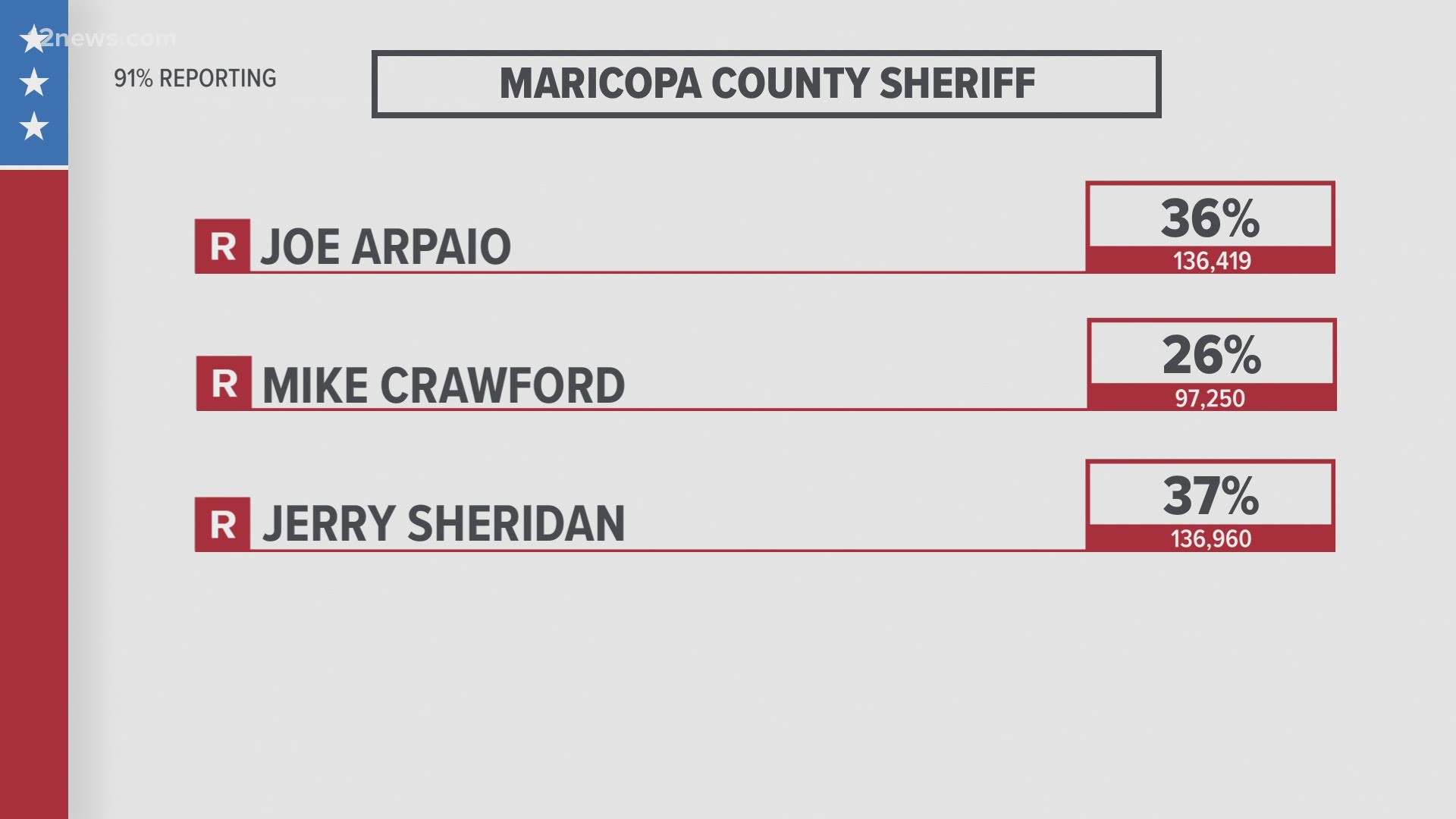 PHOENIX — Voters across Arizona came out to the polls on Tuesday in order to cast their vote for their party representatives in a number of races.

Those races include Democratic and Republican primaries for U.S. Senate as well as Congressional primaries and other statewide races.

Independent voters are able to choose which party they would like to vote in.

You can find the live results here starting at 7 p.m. Tuesday.

Politicians in tight races should not expect final results from Arizona’s primary election for at least a few days, a regular occurrence in the state even though it sees the vast majority of voters cast ballots by mail.

That’s because many of those voting by mail cling to the habit of dropping off their ballots at the polls on Election Day rather than mail them in.

Those ballots take time to process, using a labor-intensive procedure to verify signatures on envelopes and then opening them to process the actual ballot.

Maricopa County updated the unofficial results at 5:30 p.m. The new tally still shows a dead heat between Joe Arpaio and Jerry Sheridan for the Republican nomination for sheriff.

Just 541 ballots separate the two candidates out of a pool of nearly 400,000. Sheridan maintains a slim lead while the remaining candidate Mike Crawford remains a distant third.

You can see the full results here.

More Maricopa County results to be released after 5 p.m.

August Primary Election update below! Our next release of results will be after 5 p.m. today. Visit: https://t.co/TCIfgylHFq to find the full tally. https://t.co/fqInyzygO7

Republican Sen. Martha McSally is challenging Mark Kelly to seven debates and is claiming her Democratic rival has been evading scrutiny.

McSally on Wednesday proposed an unusually large number of debates for a sitting senator with the bully-pulpit advantage of incumbency.

McSally must overcome a fundraising and polling deficit in a race that will help determine control of the U.S. Senate.

Several other vulnerable GOP senators have similarly proposed a large number of debates.

Kelly's campaign manager did not directly respond to the proposal for seven debates.

She says he's accepted one debate invitation, is pursuing another and looks forward to debating McSally.

About 700,000 ballots were cast before Tuesday. They have been counted and reported.

UPSET ALERT The Jay Lawrence Era might be coming to an end in #LD23 GOP primary. pic.twitter.com/IrxFPK92Fa

The winner of the primary will face incumbent Paul Penzone in November.

Polls have closed across Arizona, and the first results from the election are expected at 8 p.m.

In Mohave County, polling location numbers are consistent with 2016 numbers, but increased early ballots will result in a higher voter turnout. As of 4 p.m., there were no reports of long lines at 37 polling locations, despite a smaller crew working.

Voters at Burton Barr Library in downtown Phoenix said they felt safe voting on Tuesday, thanks to the precautions that elections officials took ahead of time.

According to Maricopa County Recorder Adrian Fontes, poll workers have been on the job since early July at walk-in voting centers. The county also ordered almost $200,000 worth of cleaning supplies.

“I absolutely felt safe,” a voter said on her way out.

A volunteer let 12 News know inside, “They have cleaners. And they’re just going around cleaning up the tables and the voting booths.”

Another voter added: “The sharpies -- they were taking them and disinfecting them. They had hand sanitizer; yeah, it was great.”

Masks are also available for anyone who needs one. However, a voter can refuse to wear a mask and exercise their right to vote.

If that were to happen, Fontes said, “We're going to try to get them in and out as quickly as possible to protect people from possible transmission of Covid-19.”

But so far, that appears to be a non-issue.

“Everyone was already masked up. and I don’t think there was any patron that walked in that was expecting to not wear one,” a voter shared outside the polling place. 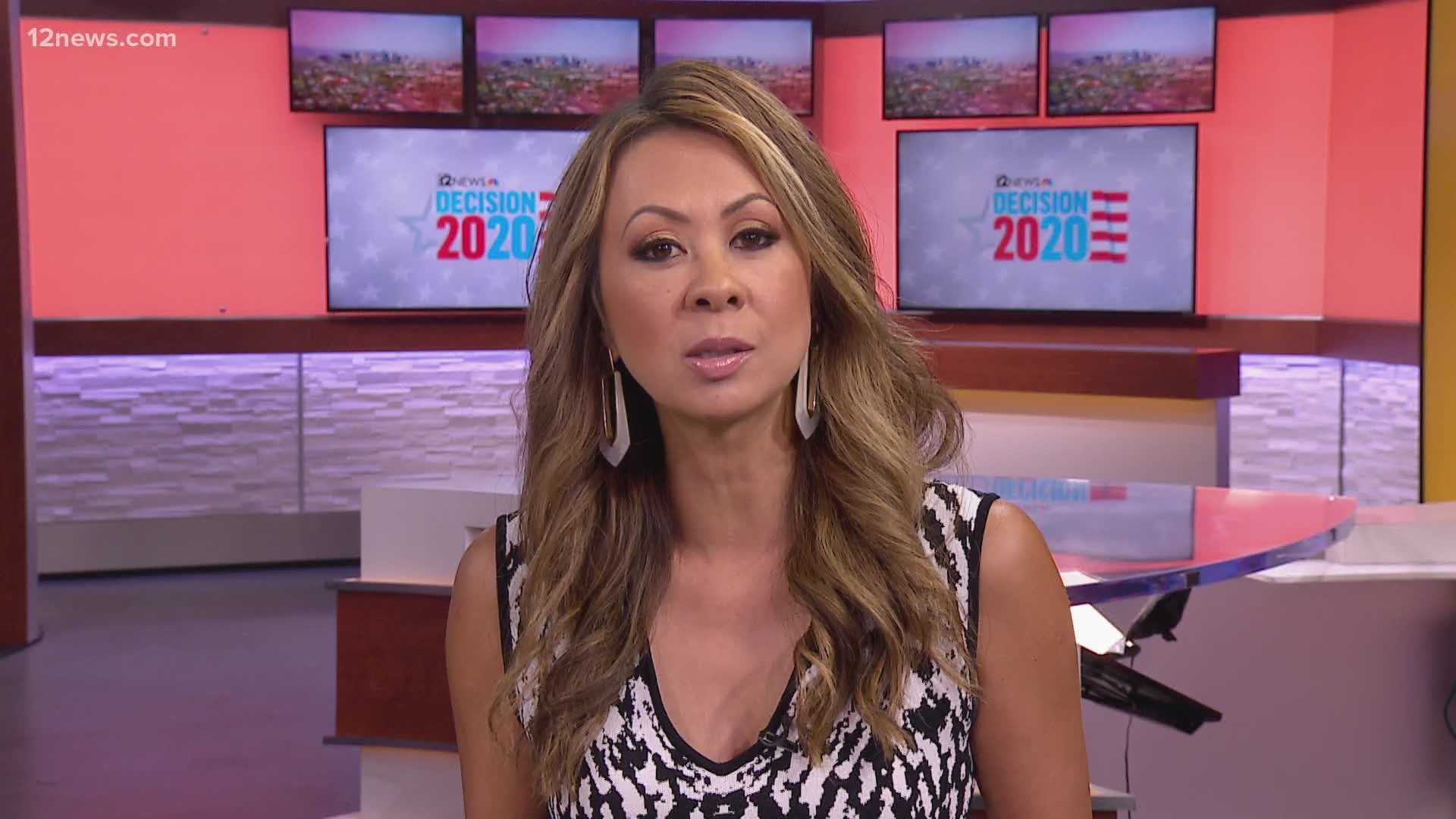 That occurred at the vote center at the American Leadership Academy in Gilbert.

Technicians were dispatched at 5:45 am. and voters were able to check-in and vote at 6 am, officials said.

The machine was running again by 7 am. Nearly 50 people had cast their ballots as of 7:15 am., officials said.

The early voting ballot status webpage on Maricopa County's elections website appeared to be down on Tuesday morning, but was quickly fixed.

People looking to check the status of their ballot may have seen the below message early Tuesday.

Elections officials said the issue was that the backend of the website is tied to the election cycle and the code was looking towards the general election.

Elections officials said people could also go to BeBallotReady.Vote to check their ballot status or to Locations.Maricopa.Vote to find a voting center or a drop box near them. 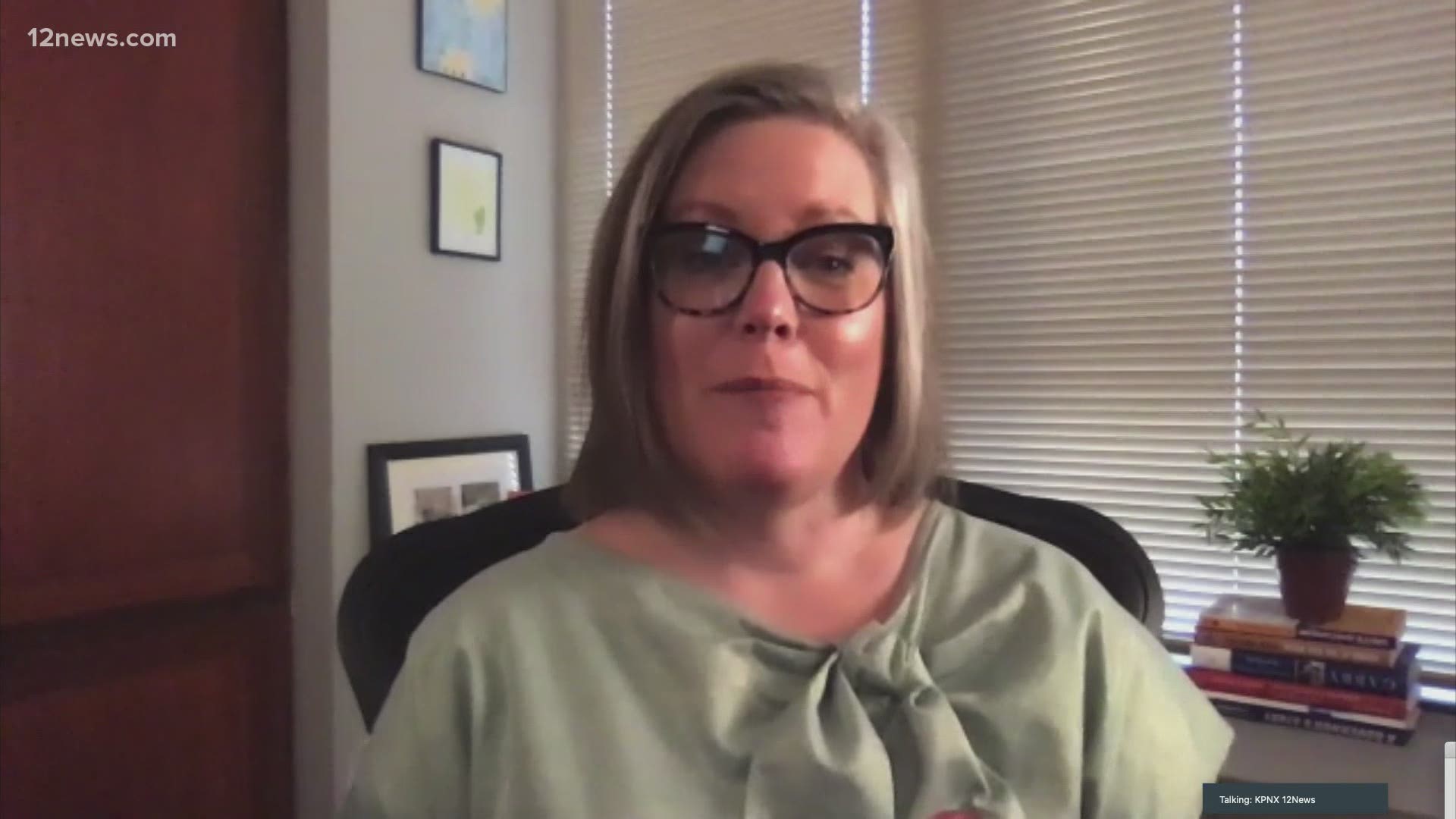 Voting will look a little different this time around, due to the COVID-19 outbreak and the guidelines that polling locations must follow in order to keep voters safe.

Polls will be open until 7 p.m. You can vote at any polling location. Anyone with a mail-in ballot who did not get it in the mail in time can also drop them off at the polls by 7 p.m. to be counted.

You can find your local polling location here.

Maricopa County Recorder Adrian Fontes said poll workers have been on the job since early July -- days after early ballots were mailed out -- at dozens of walk-in voting centers.

The centers are a pandemic-inspired innovation to spread out the walk-up vote in hopes of avoiding a crush on election day.

Fontes said he ordered almost $200,000 worth of cleaning supplies.

If workers can’t make it Tuesday, he said, the county is ready with backups.

Several voting centers are at large shopping malls, to accommodate social distancing. The Maricopa County Board approved leasing the spaces.

The polls are now open! Maricopa County voters can choose from nearly 100 Vote Centers across the county. Safety measures are in place and our poll workers are ready to serve you. Find a Vote Center at https://t.co/8YEmXbWyRL. pic.twitter.com/6YDrwWI9Ti 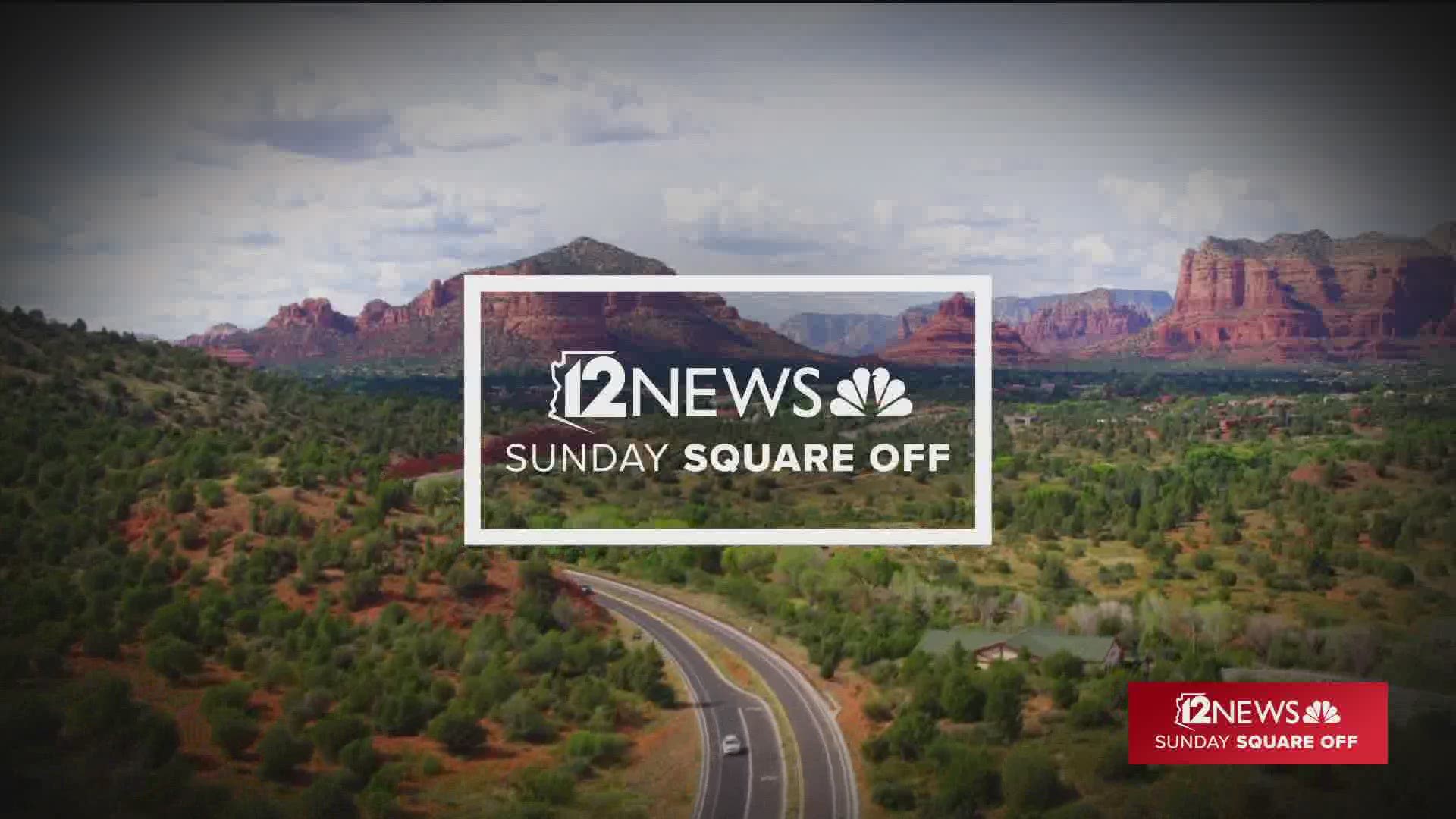