The Maricopa County Board of Supervisors will hire two firms to audit equipment and software used in the November election. 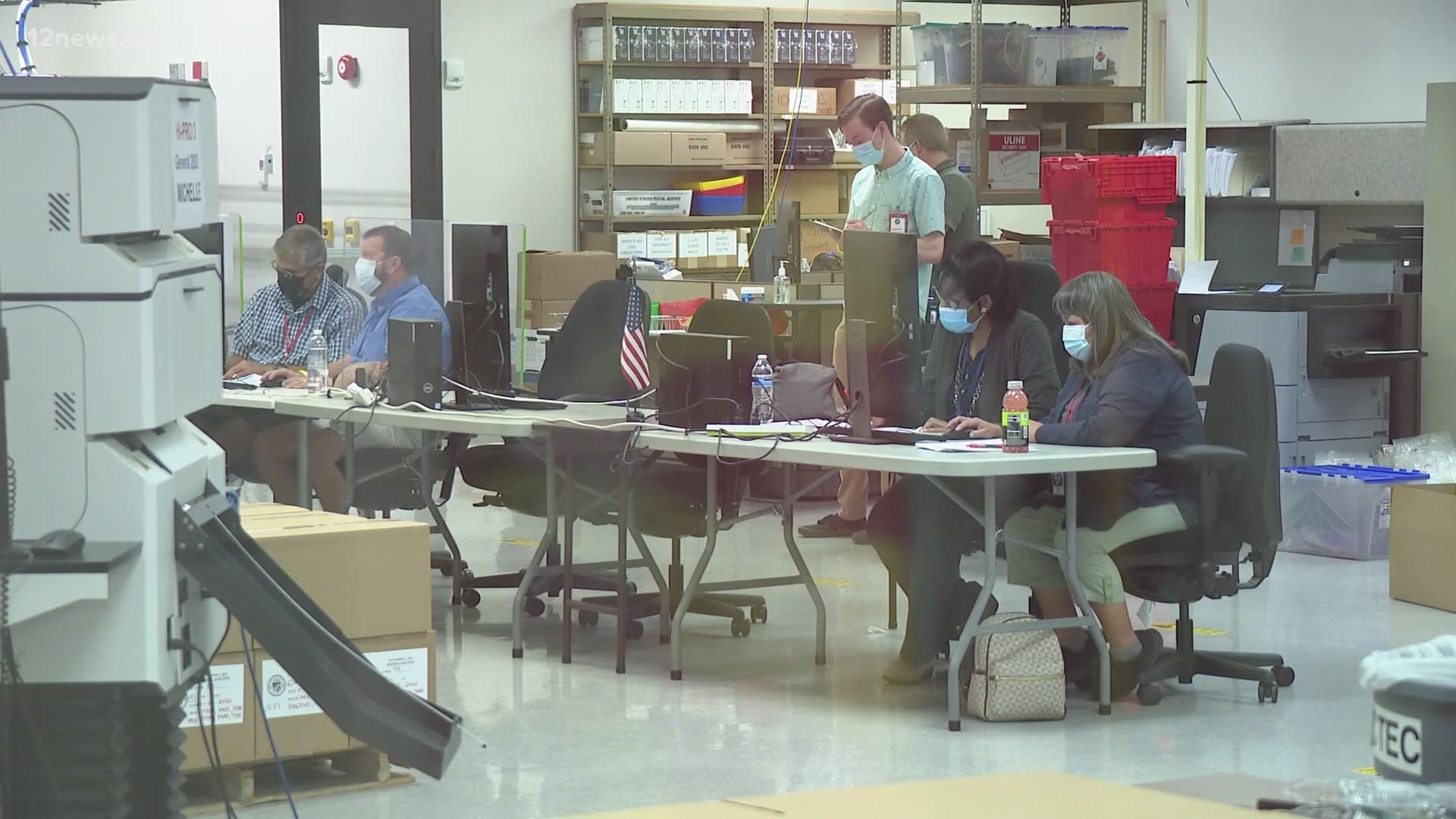 PHOENIX — The Maricopa County Board of Supervisors voted unanimously Wednesday to hire two firms to audit election equipment and software used in the November election.

But a key member of the state Senate who has demanded access to election machines and data to conduct his own review says he's not satisfied.

The board's vote came after months of unsubstantiated claims of fraud from some Republicans who question President Joe Biden’s victory in Arizona.

The Republican-dominated board defended the accuracy of the county’s election results while acknowledging that a full audit may help dispel what members called “disinformation” about their accuracy.

.@maricopacounty Board of Supervisors have approved to conduct a multi-layered forensic audit of tabulation equipment to add to steps already done to test equipment: https://t.co/yCAhOPWJ4V https://t.co/zFrR9mc0ut pic.twitter.com/muXTHL0iCB

#NEW Board of Supervisors will vote tomorrow on an independent audit of @maricopavote election tabulation equipment. Chairman @jacksellers says "While I am confident in our staff and equipment, not all our residents are." Read full statement: pic.twitter.com/41nqGzRyoY

COMING UP Maricopa County Board votes at 930am meeting today on audit of election equipment. Here is the draft plan for the audit:#12News pic.twitter.com/LD4T3JnJoI