The county announced it will soon provide a comprehensive technical report that will rebut the Senate's allegations that mistakes were made during the 2020 election. 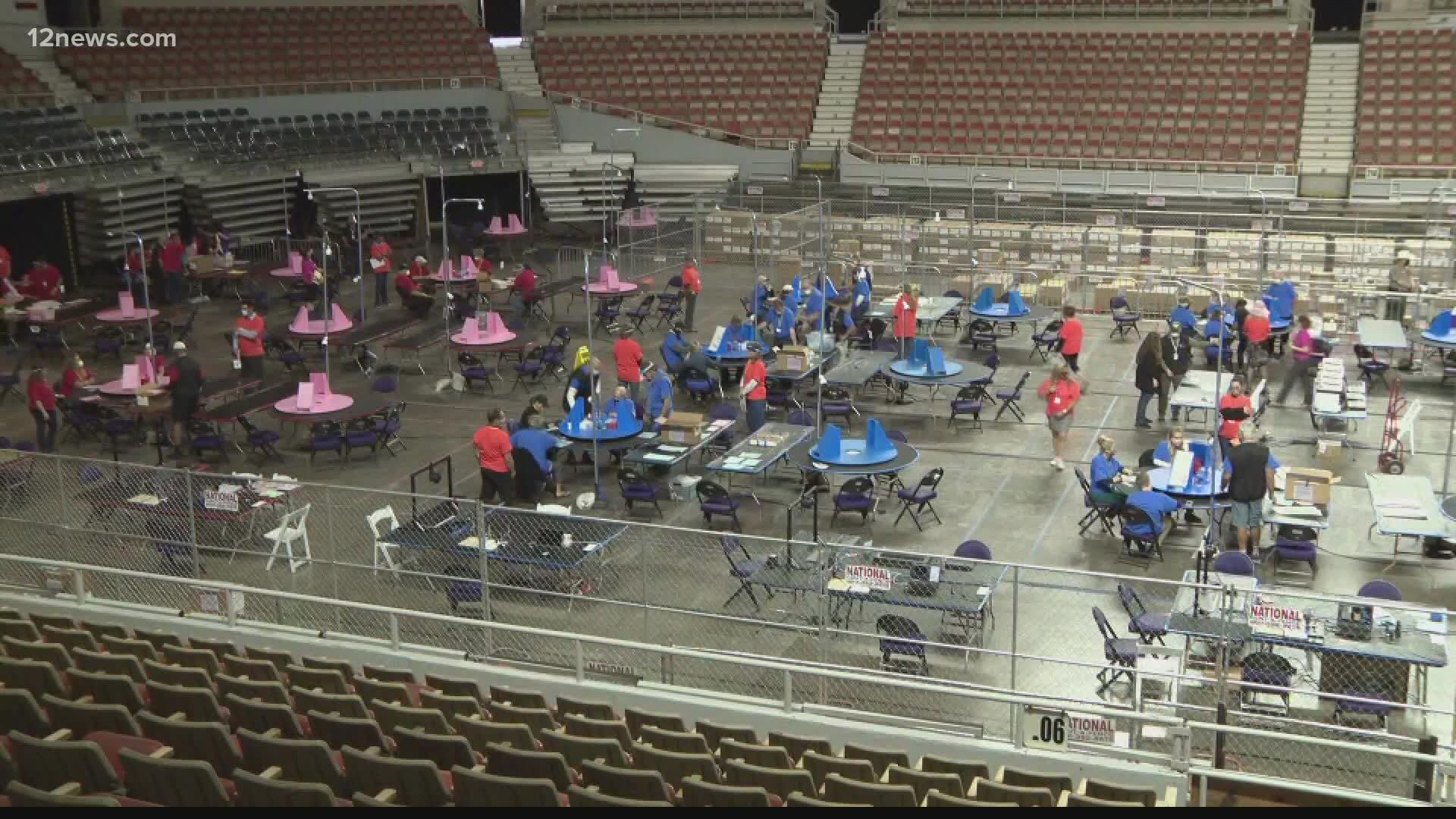 MARICOPA COUNTY, Ariz. — Maricopa County will be releasing a technical report in the coming weeks to address allegations it had made mistakes while overseeing the 2020 presidential election.

During a presentation last week, contractors hired by the Arizona Senate claimed the county committed errors last November that needed to be further investigated by law enforcement.

Representatives from Cyber Ninjas, a Florida-based company, suggested they uncovered issues involving duplicate ballots and storage boxes as they recounted the county's 2.1 million ballots during their months-long review process.

Cyber Ninjas' tally still showed President Joe Biden as the winner in Maricopa County, yet the company alleged there were matters still needing to be investigated involving how the election was handled.

The county has been repeatedly disputing claims made by the Senate's audit team and will soon publish a comprehensive report that will offer more information to address the audit's suggestions of malfeasance.

Maricopa County Supervisor Jack Sellers, a Republican, said the county will use data and experts to provide responses to the Senate's allegations.

“The opinions that came out of Friday’s hearing were conjecture without proof and were twisted to fit the narrative that something went wrong," Sellers said. "The fact is, the Elections Department ran accurate, secure, and transparent elections in 2020.”

The county's report is expected to delve into early ballots, tabulation machines, and voter IDs.

On Monday, Arizona Attorney General Mark Brnovich announced he had begun seeking information from the county to answer questions posed by the Senate's audit.