The decision comes after the Arizona Republican Party showed two ballots out of 100 resulted in deleted votes from President Donald Trump. 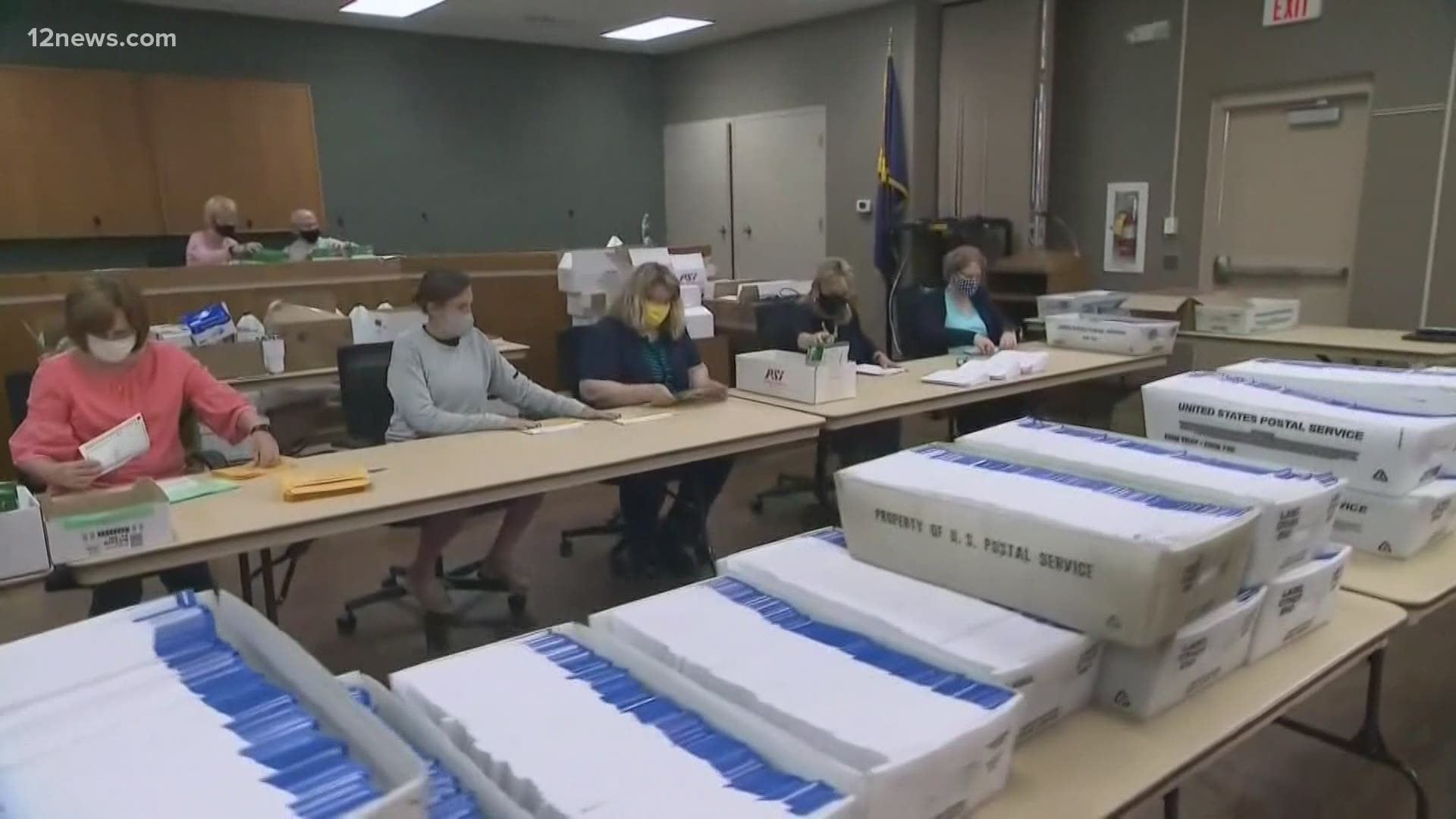 PHOENIX — The Arizona Republican Party won a small victory in court on Wednesday, convincing a judge to allow them to inspect 2,500 ballots for possible irregularities.

The judge’s decision comes after the party successfully showed that two ballots out of 100 that were previously inspected resulted in deleted votes from President Donald Trump.

The current controversy relates to 28,000 duplicated ballots. These are ballots that were reproduced by election workers because the originals arrived damaged or otherwise weren’t accepted by tabulation machines.

The first inspection of 100 duplicate ballots found one was switched from Trump to President-elect Joe Biden. Another contained an overvote, eliminating a vote intended for Trump.

That 2% error rate out of 100 ballots was significant enough for the judge to order another 2,500 ballots to be inspected.

Ward continues publicly labeling Arizona’s election “rigged” and “corrupt” without providing any evidence. Meanwhile, her attorney continues to plainly state in court that what’s being alleged is human error.

An attorney arguing against further inspection said even if the 2% error held overall 28,000 ballots that exist, it wouldn’t come close to impacting the election count.

Hypothetically, if 2% of 28,000 duplicates in Maricopa County were switched from Trump to Biden, that would narrow the current gap between the two candidates from roughly 10,500 votes to 9,480.

The Arizona Secretary of State is expected to provide to the court the number of duplicated ballots that exist in the state’s other counties by tomorrow.

Deputy Maricopa County Attorney Tom Liddy says the recorder’s office is ready to produce whatever is needed to put the issue to rest.

“We put on a great election on November 3rd and we want people to look more closely. We’ve got nothing to hide,” Liddy said.

Inspecting the 2,500 duplicate ballots is expected to take at least a couple of days. Arizona’s election was certified on Monday and the state’s 11 electors for Joe Biden are scheduled to cast their vote on Dec. 14.