One particular focus of concern for the county: The work of audit leader Cyber Ninjas, whose owner has promoted false claims about the 2020 election. 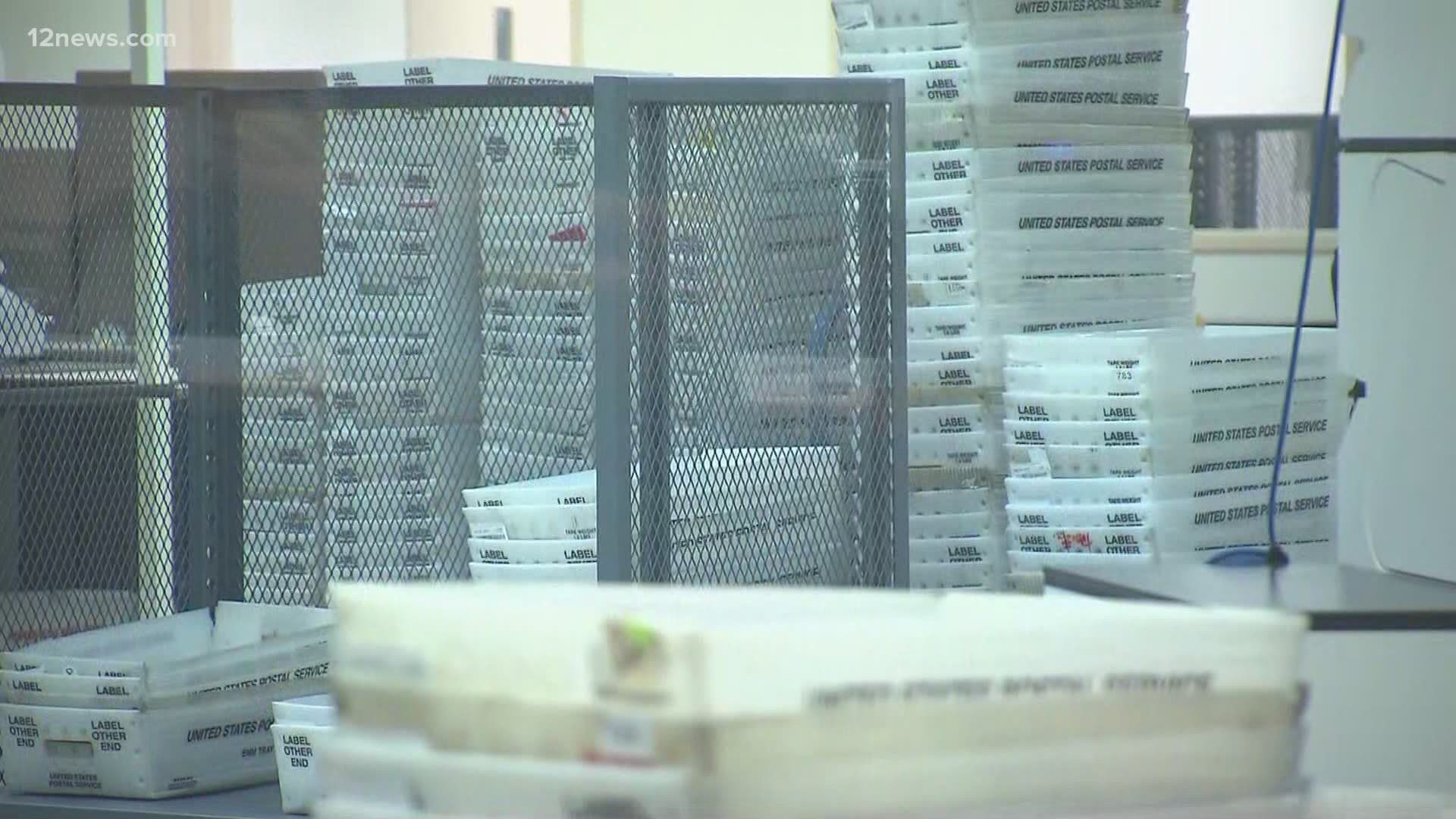 PHOENIX — Maricopa County delivered the first shipment of ballot-counting machines Wednesday for Arizona Senate Republicans’ audit, but only after the Senate agreed to shield the county from any legal or financial liability connected to the audit, according to documents obtained by 12 News.

One particular focus of concern for the county: The work of audit leader Cyber Ninjas, whose owner has promoted false claims about the 2020 election. Some of those claims have targeted the owner of the county's ballot-counting machines.

The multimillion-dollar machines were loaded onto three trucks at the county’s election headquarters Wednesday morning.

They were then driven in a convoy for three miles to Veterans Memorial Coliseum at the State Fairgrounds, with undercover sheriff’s deputies providing security along the route.

The handover of the machines on Wednesday and 2.1 million county ballots on Thursday are part of Senate Republicans’ unprecedented audit of Maricopa County’s 2020 presidential vote, won by Democrat Joe Biden.

Later in the afternoon, the Arizona Democratic Party and the sole Democrat on the Maricopa County Board of Supervisors are suing in an effort to block the Arizona Senate’s ballot recount and audit of the county's 2020 election.

The lawsuit alleges Republican Senate President Karen Fann pledged to a judge that the Senate would protect ballot and voter privacy before he ruled the Senate could access 2.1 million voted ballots and the tabulation machines.

Instead, they say she is outsourcing the recount to a biased third party and putting election integrity at risk. The recount starts Friday. Fann says the ballots are secure and protected.

MORE: What we know about Senate GOP's election audit

The audit will have no impact on the election results. Biden was the first Democratic presidential nominee to win Maricopa County in 72 years.

More than a dozen lawsuits and two independent audits paid for by the Maricopa County Elections Department have revealed no wrongdoing in the 2020 vote.

The audit grew out of Arizona Republican lawmakers’ attempt after the November election to toss out the state’s results.

A subpoena for the election materials issued by the Senate earlier this year and upheld by a judge required the county to send the materials to the state Capitol.

In exchange for shipping the materials to the Coliseum, the county demanded Senate President Karen Fann sign a document indemnifying the county against any lawsuits or financial claims arising from the Senate’s possession of the machines. The Senate would also have to cover the county’s expenses if the machines were damaged.

The county leases the equipment from Dominion Voting Systems, a target of Republicans who have made baseless claims that the election was stolen.

After the Senate hired Logan, Dominion issued a statement ripping him as “beyond biased.”

The indemnity agreement expands the Senate's - and taxpayers' - potential financial exposure related to the audit.

To date, the Senate has agreed to pay $150,000 in taxpayer money to Cyber Ninjas, but that could increase, according to terms of the agreement. The Senate's coliseum rental was the rock-bottom rate given to state entities - the cost of lighting and janitorial services, according to a spokeswoman for the Arizona State Exposition and State Fair, which rents out the building.

The Senate’s audit team plans to inspect the ballot-counting machines, do a hand count of all 2.1 million ballots and contact voters in certain areas of the Valley. Voters are under no obligation to respond to auditors’ questions.)

Fann has booked the Coliseum until May 14. Phoenix Union High School District will hold graduation ceremonies at the Coliseum for all of the following week.

Fann has to give the county 48 hours notice of when she plans to leave the coliseum, plus one extra day for the county to pack, load and remove the election materials, according to a letter from the county’s lawyer to Ken Bennett, a longtime friend of Fann’s and a former secretary of state who is the Senate’s audit liaison.

A TV personality raising money for the audit works for a far-right cable channel that claims the Arizona election was stolen from Donald Trump.

Voices & Votes is excited for our second pledge to the AZ audit! We're raising funds to help cover costs of the paper ballot analysis of the Arizona Election Audit. We've already met our first goal of $150,000. Let's get this audit funded! https://t.co/EGUIFNpSww

Christina Bobb tweeted that she has raised $150,000 and is now on her second round of appeals for the audit. 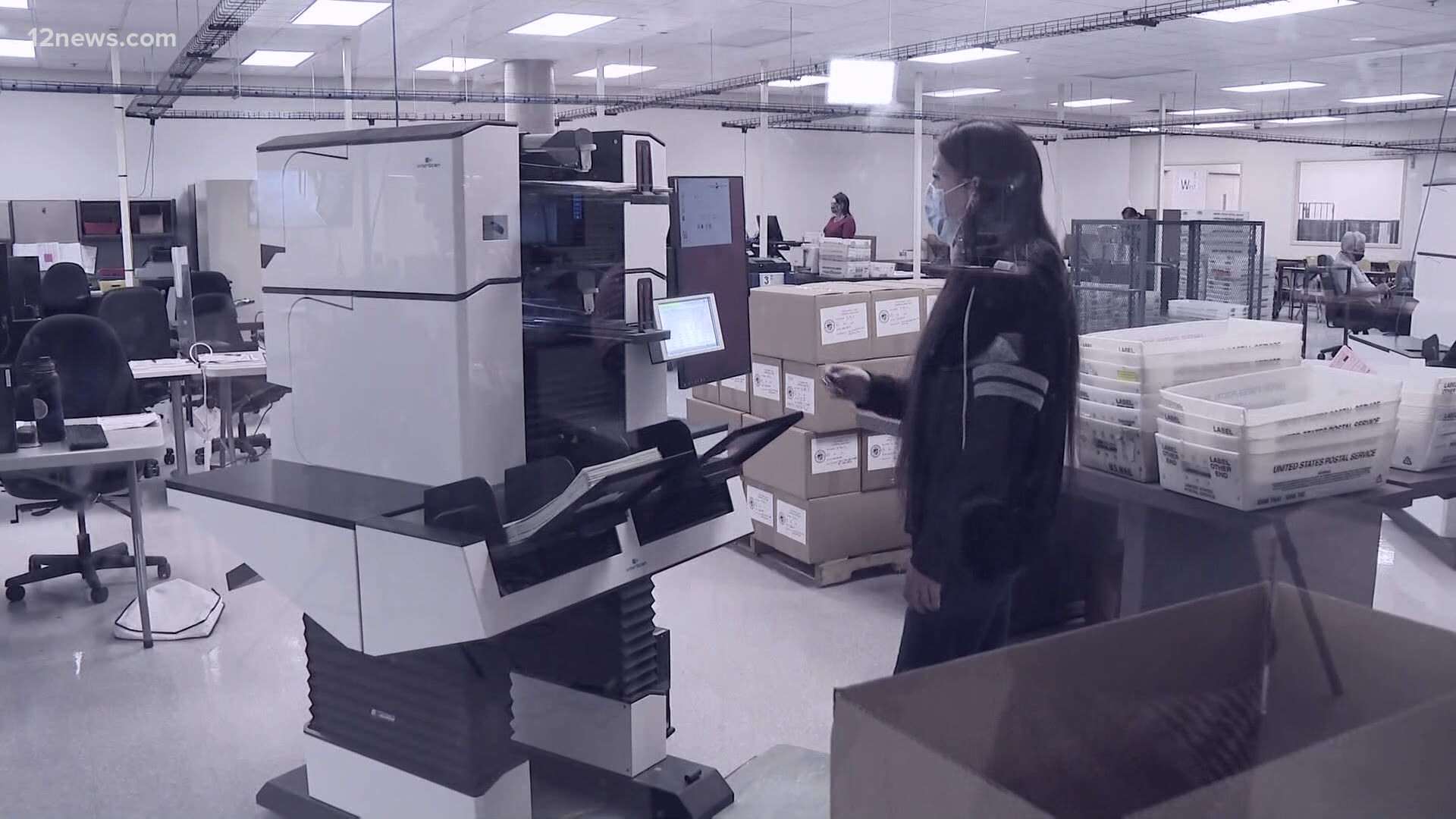