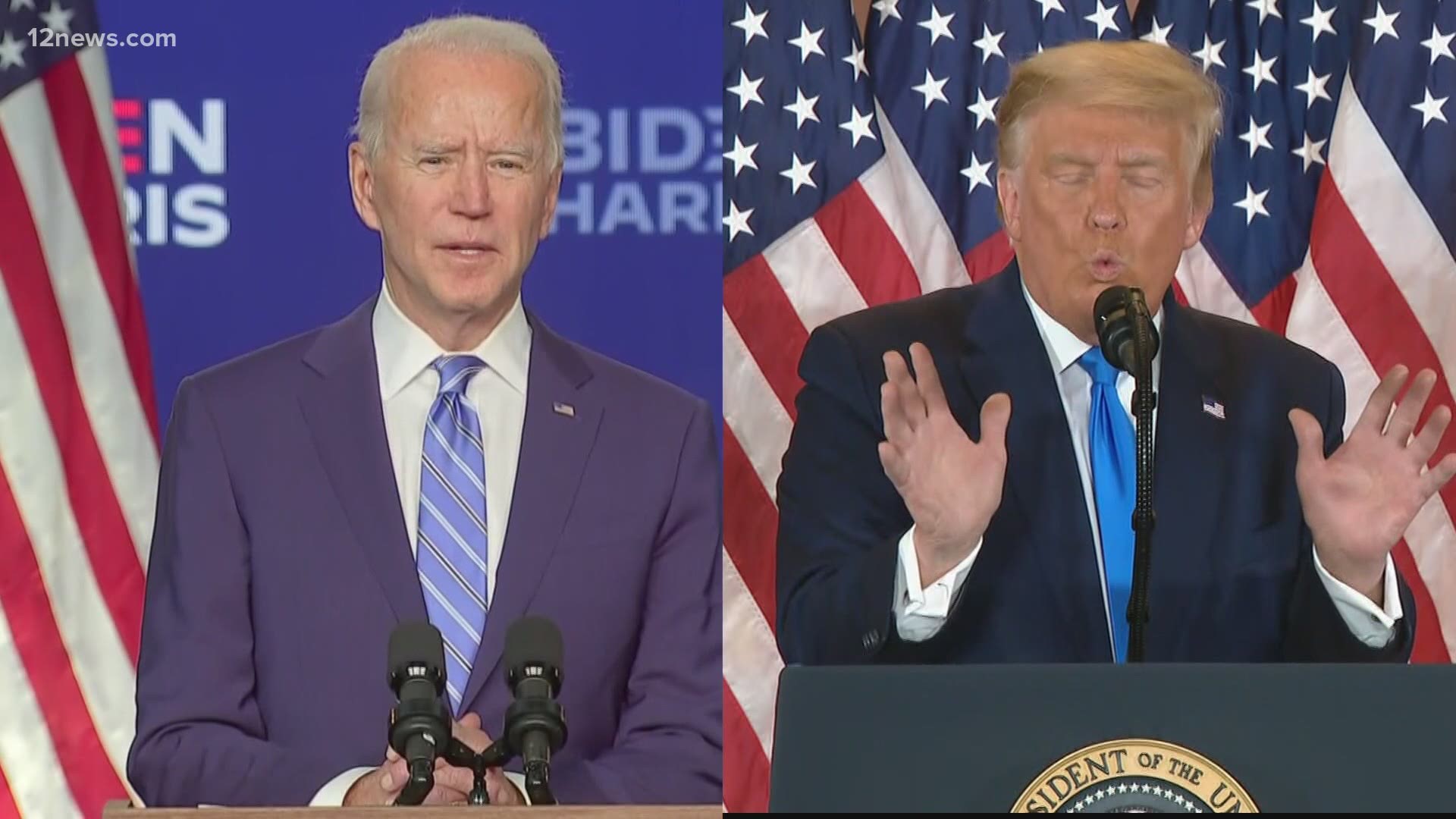 Joe Biden's lead over President Donald Trump continues to erode as more ballots are counted, but less than in previous vote dumps.

After the department's most recent ballot count update on Monday, Biden now leads Trump in Arizona by 12,813 votes. Biden had 48.96% of the vote in Arizona while Trump had 48.52%.

Biden was named president-elect by multiple news outlets on Saturday after he was projected to win both Pennsylvania and Nevada, putting him over the required 270 electoral college votes needed to be declared president.

There were about 48,614 ballots left to count across the state after the 7 p.m. update, many of them provisional.

Trump trimmed Biden's lead in the state by 1,933 votes, taking about 56% of the counted ballots. But Trump would need 63% of the remaining votes to catch up with the President-elect.

If a person used a signature not matching state records or cast a provisional ballot on Election Day, Arizona law allows people to correct the issue within five business days.

There is no cure period for missing signatures after Election Day.

Voters who were given a provisional ballot have until 5 p.m. on Tuesday, November 10 to give the state proper identification to make sure their ballot is counted.

Maricopa County voters can see if their ballot needs to be verified and how at beballotready.vote

Voters in the rest of the state can find information at the secretary of state website.

Voters can check the status of an early ballot on Arizona.Vote.

If it shows “Accepted,” the ballot was verified and counted. If it shows “Rejected,” the voter should contact their county recorder immediately. Depending on the county, voters can cure their signature over the phone.

It is not immediately known when Arizona would complete the ballot tabulation. According to Arizona law, the election results have to be certified in 20 days after an election.

You can see the latest results and voter turnout on the Arizona Secretary of State's Office or the Maricopa County Elections Department.

Voters can track their early ballot online at BeBallotReady.Vote.

Maricopa County will continue updates "until all valid ballots are counted," the department announced in an email.

Maricopa County Elections Department spokeswoman Erika Flores said, "We have not had any issues with any of the vote counts. We are continuing to count those votes and continuing with our process. We are making sure that every valid ballot is counted.”

While the Associated Press called Arizona for Biden at just before 1 a.m. on Wednesday, votes continue to be counted in the state, bringing the race closer.

RELATED: Maps: Look at how the Biden/Trump race shakes out by county in battleground states

The Associated Press and Fox News have already determined that Biden had enough votes over Trump to win Arizona. NBC News, the decision desk that 12 News is primarily using, has not called the race yet. 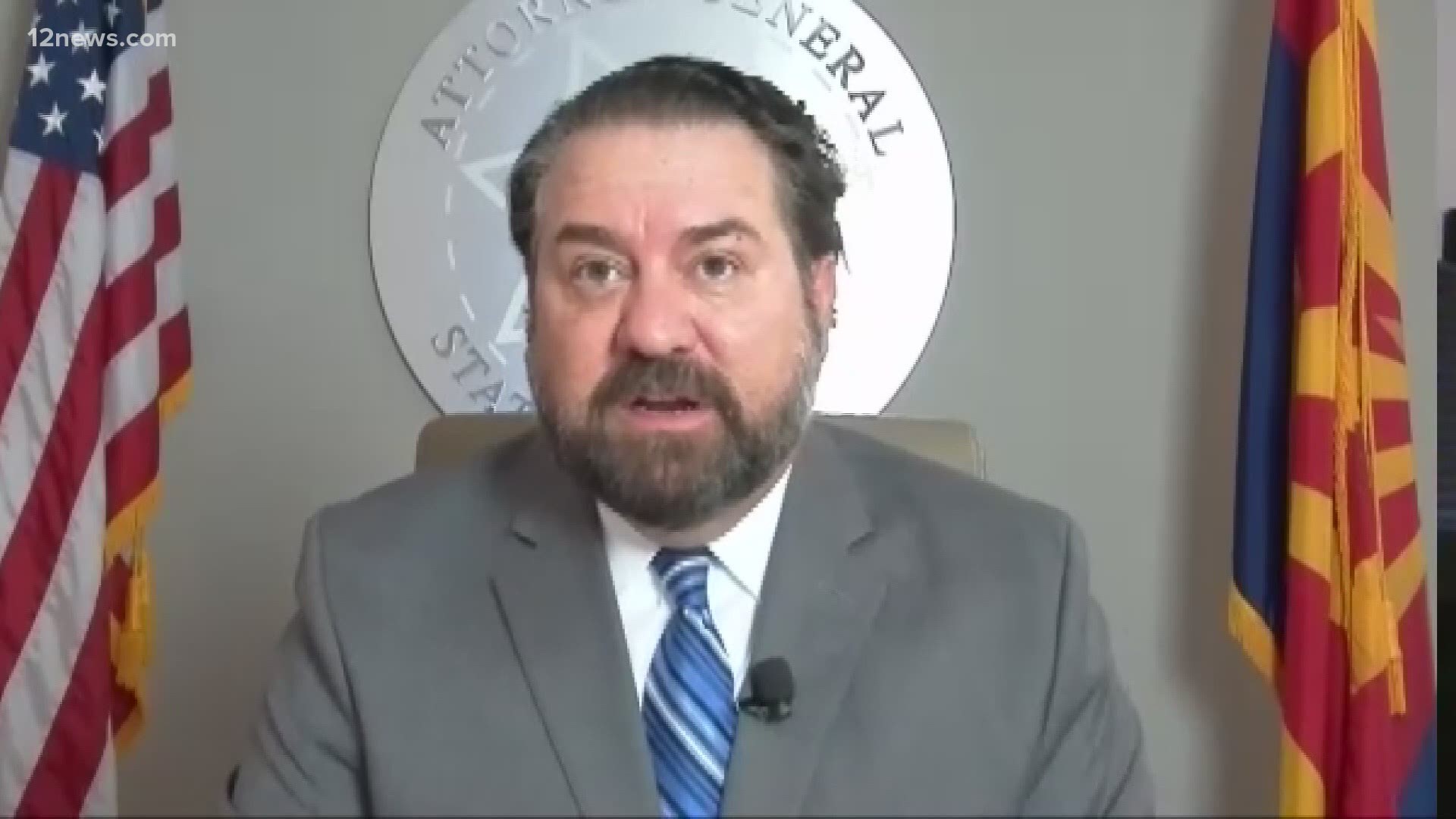