Kanye West is sued to keep him off Arizona's presidential ballot. But time's running out.

A lawsuit against the rapper says he can't run as an independent because he's a registered Republican. 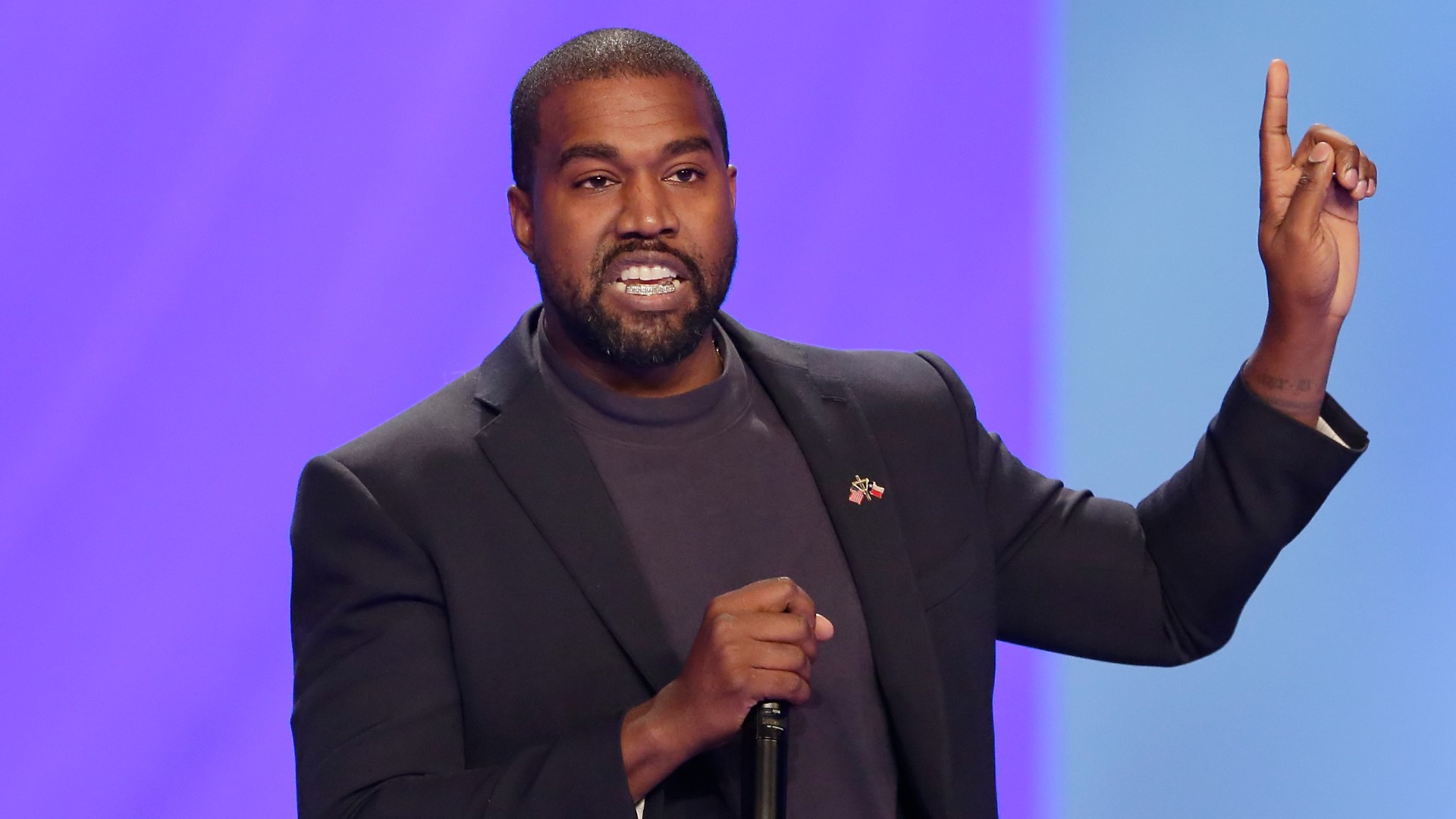 PHOENIX — Rapper Kanye West is being sued to keep him off Arizona’s presidential ballot, but it might be too late to stop him.

The lawsuit, filed Monday in Maricopa County Superior Court, comes days before the Friday deadline for West to turn in at least 40,000 petition signatures to qualify for the November ballot.

Just four days after that deadline, on Tuesday, Sept. 8, county elections officers must send millions of ballots for the November election to the printer.

The four-day window - over a three-day weekend when the courts are closed - could allow West to get his name on ballots sent to voters, even if a court were to ultimately strike down his candidacy days or weeks later.

“Waiting is not an option,” attorneys for the plaintiff, Rasean Clayton, say in their lawsuit. The attorneys work for Phoenix-based Osborn Maledon.

“The ‘drop-dead' deadline for printing the ballot is imminent… If West is included on the ballot, the harm is done; including an unqualified candidate on the printed ballot will confuse voters and infringes on the core constitutional right to vote for qualified candidates.”

But West’s name on the ballot could siphon 2 or 3 percent of the vote, a significant slice in a potentially close race between President Donald Trump and Democratic challenger Joe Biden.

The stakes are high: As a swing state, the Arizona vote could decide who wins the White House.

The lawsuit also names as defendants the top elections officials and County Boards in all 15 Arizona counties.

A court hearing on the lawsuit is scheduled for 1:30 p.m. Thursday in Maricopa County Superior Court.

Clayton could not be reached for comment. West’s attorney, Timothy La Sota, has not returned a call seeking comment.

The lawsuit argues that West is violating Arizona law by running as an independent, even though he is a registered Republican:

“The Secretary of State's forms for 'Independent' nomination papers for president, vice president, and presidential electors asks the submitting party to sign a form that states, among other things:

"I meet the statutory requirements to be nominated as a candidate for public office at the general election and I am not a member of a recognized political party in the State of Arizona."

West never submitted one of those forms, according to the suit. In addition, he is registered as a Republican in the State of Wyoming, and so are 10 of his 11 presidential electors, the suit says.

Signature gatherers for West have been out in force around the Valley over the last two weeks. Several residents who’ve been approached to sign a petition tell 12 News they’ve been told it’s for an “independent” candidate for president.

His efforts in other states have been backed by Republicans. The presumption is that he might siphon Democratic votes in a close election.

In an interview this week on Nick Cannon’s “Cannon’s Class” podcast, West denied he was being bankrolled by outsiders to run for president.

“Can’t nobody pay me. I got more money than Trump,” West said. “I’m not running to the president. I’m walking.”

West appears to have qualified for the ballot in seven states - Iowa, Arkansas, Colorado, Oklahoma, Vermont, Minnesota and Tennessee.

The Maricopa County Elections Department, which is responsible for about 60% of the Arizona ballots that will be cast Nov. 3, has already built two separate voting packets - one with West on the ballot and one that doesn’t have him on the ballot.

“When the secretary state sends us the information of who’s on the ballot, we’ll send it to the printer,” said Elections Department spokeswoman Megan Gilbertson.

A spokeswoman for Secretary of State Katie Hobbs said Hobbs’ office would be working over the weekend to verify whether West’s petitions comport with Arizona election law.

If Hobbs gives the OK, Gilbertson said, Maricopa County will print ballots with Kanye West’s name as a presidential candidate.

The counties would then do their statutory review of the signatures on the petitions, to verify that they belong to Arizona voters.

That signature review could become the subject of another court case, one that might take days or weeks to play out, with a final decision by the Arizona Supreme Court. 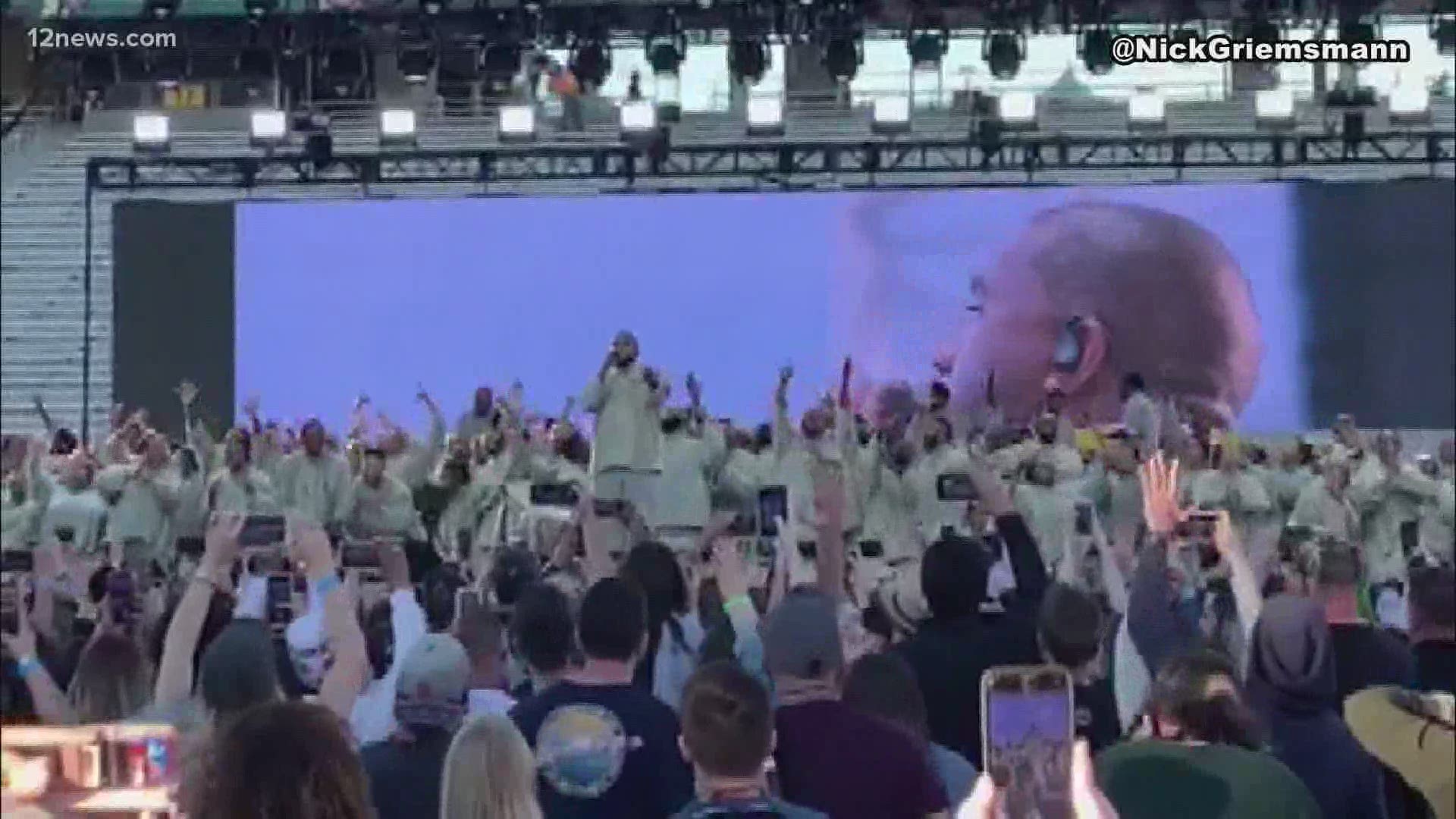