It’s unknown why Biggs claims nearly 10,000 voters were disenfranchised. Biggs did not respond to requests for comment by 12 News. 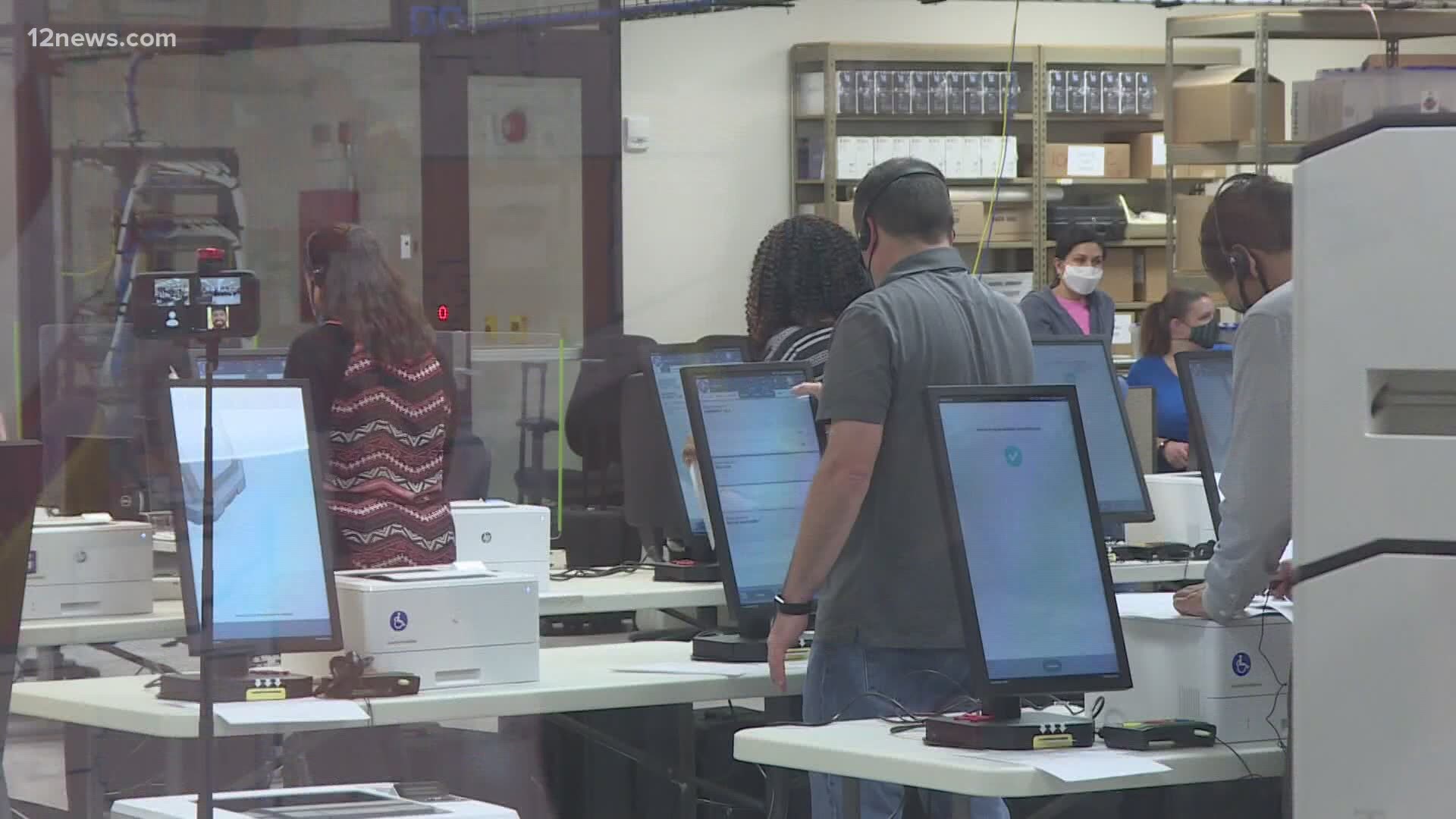 Biggs tweeted Wednesday night, “Nearly 10,000 voters disenfranchised by the green button. If you voted on Election Day in Maricopa County and either you or a poll worker pressed the green button, go to DontTouchTheGreenButton.com.”

Nearly 10,000 voters disenfranchised by the green button. If you voted on Election Day in Maricopa County and either you or a poll worker pressed the green button, go to https://t.co/kyMNdkVE3i Every single legal vote MUST be counted. #DontTouchTheGreenButton pic.twitter.com/feWjDOov5H

Biggs was referencing allegations made in lawsuit by Donald Trump’s campaign against the Arizona Secretary of State.

The issue regarding “the green button” involves 191 ballots and 360 anecdotal reports the campaign has suggested contain evidence of potential voting irregularities. There were no other allegations made about additional votes during the evidentiary hearing.

It’s unknown why Biggs claims nearly 10,000 voters were disenfranchised and Biggs did not respond to requests for comment by 12 News.

The congressman has also tweeted an unsupported allegation that “the left” was “stealing” the election.

“This is not a fraud case. We are not alleging anyone is stealing this election,” Langhofer said. “The allegation here is that in a limited number of cases there are good faith errors."

The campaign collected accounts of voters who self-reported they believed there were irregularities with their votes when they voted in-person. According to three witnesses who testified, their ballots were initially rejected by a tabulating machine at a polling location in the county.

The machine’s computer screen contained a notice that the ballot contained an overvote. An overvote means two votes were cast for one candidate position. In these instances, a poll worker is supposed to instruct the voter they can either press a red button to “spoil” the entire ballot or press a green button to submit the ballot anyways.

The witnesses gave varying accounts of what happened and said they weren’t given those instructions. They said poll workers pushed the green button for them.

None of the witnesses said they believed they voted for two presidential candidates, which means if they had overvoted for another office, their vote for Trump still would have been counted.

Langhofer has asked the judge to allow a re-inspection of overvoted ballots.

An attorney speaking on behalf of the defendants called the anecdotal evidence presented in court “garden variety poll worker errors” that occur during every election.

Deputy County Attorney Tom Liddy argued against tracking down 191 ballots containing overvotes because it would be tedious and against state election law. Liddy openly questioned in court whether the lawsuit was part of a fundraising scheme by Trump Republicans.

The judge said he would consider the matter but did not say when he will issue a decision.