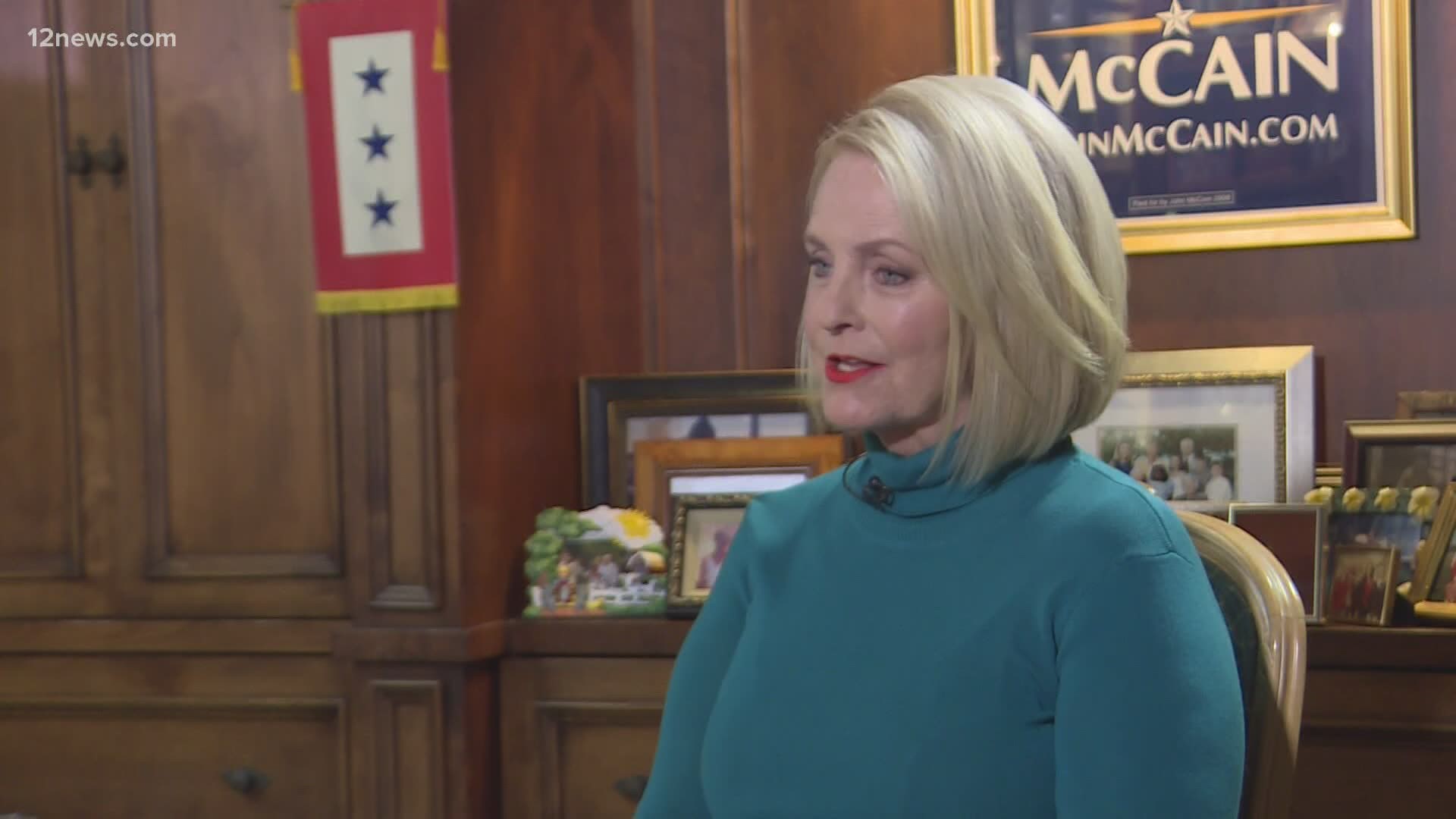 PHOENIX — Two weeks after breaking with her party to endorse Democrat Joe Biden for president, Cindy McCain is narrating a new TV ad that might be as close as Biden will get to an endorsement by his longtime friend and the 2008 GOP nominee, the late Sen. John McCain.

The ad, titled “Like John Did,” will get high-profile TV play this weekend, according to the Biden campaign.

Cindy McCain is airing an ad in support of Joe Biden. It will air during “Fox News Sunday,” CBS’ “60 Minutes’ and NFL football games.

“Joe will always fight for the American people, just like John did,” Cindy McCain says.

She met with Biden and his running mate, Sen. Kamala Harris, during their Phoenix campaign stop Thursday.

Cindy McCain is one of more than 100 Republicans nationwide, including former Arizona Sen. Jeff Flake, who have endorsed Biden.

The Biden campaign’s hope is that Cindy McCain can bring in more women, as well as independents and McCain Republicans who admired the senator.

“I hope that people will maybe perhaps take a look at me and say, 'OK, if she can do it, I can do it,’” Cindy McCain told 12 News last month.

The ad starts airing during the first weekend of early voting in Arizona. In Maricopa County, a swing county that could help decide the winner of the presidential race, ballots are being cast at nearly twice the rate of 2016 and 2018.

A Democratic presidential candidate has won Arizona just once in the last 72 years.

The Biden-McCain ties go back to the 1970s, after John McCain was freed from captivity in Vietnam but before he was elected to Congress.

For the Democratic National Convention in August, Cindy McCain narrated a video of her husband's long relationship with Biden.

The former vice president delivered a stirring eulogy at a Phoenix funeral for Sen. McCain, and consoled Meghan McCain on "The View."

I hardly know Cindy McCain other than having put her on a Committee at her husband’s request. Joe Biden was John McCain’s lapdog. So many BAD decisions on Endless Wars & the V.A., which I brought from a horror show to HIGH APPROVAL. Never a fan of John. Cindy can have Sleepy Joe!