Auditors have counted a fraction of Maricopa County's 2.1 million ballots with 15 days left

The point man for the audit process, former Secretary State Ken Bennett, gave an update about how the audit is going. 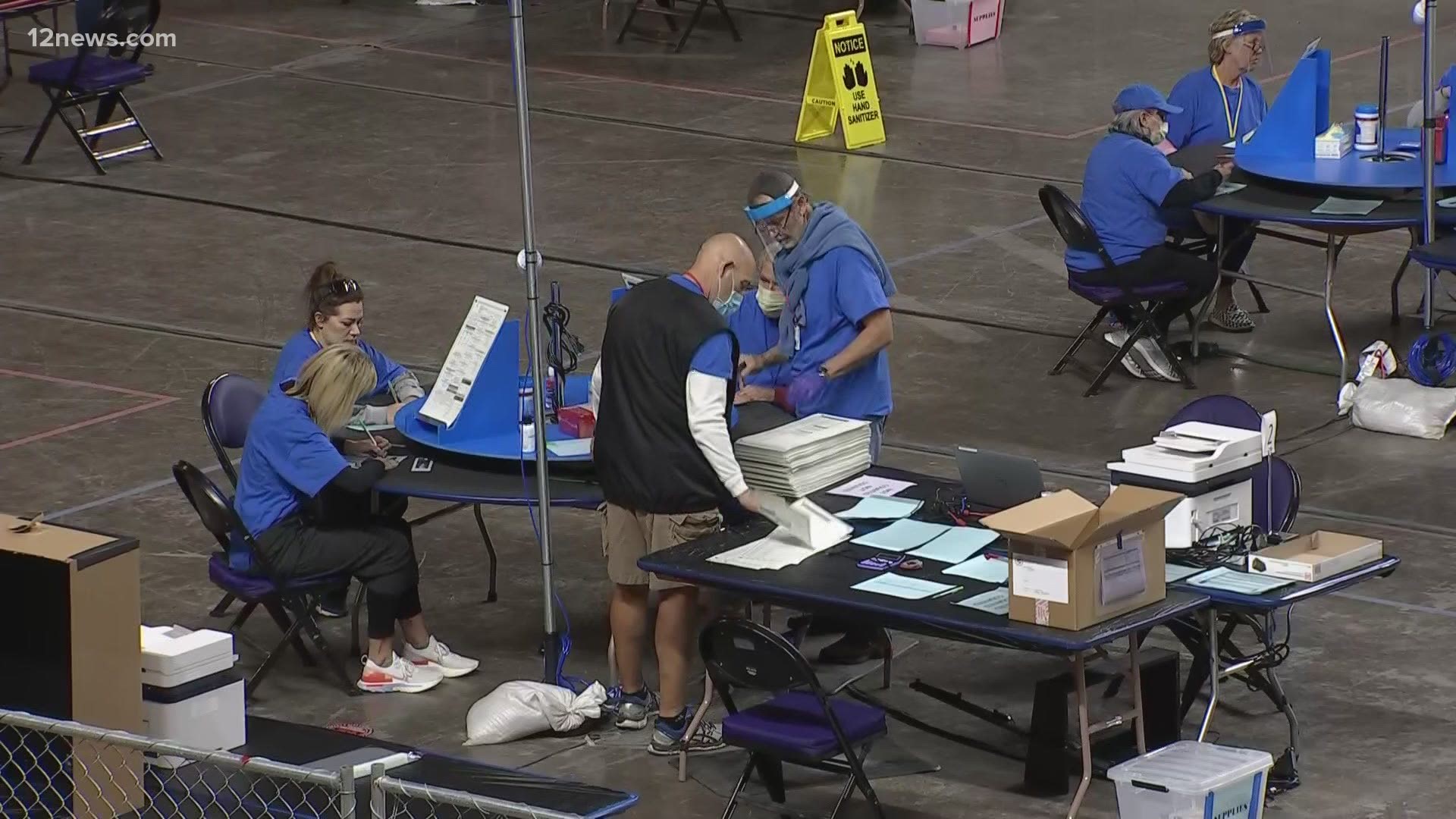 PHOENIX — There are 15 days and counting until the controversial audit of Maricopa County’s 2020 election results is supposed to be finished.

The point man for the audit process, former Secretary of State Ken Bennett, gave an update to a local radio host on Thursday about how the audit is going.

It comes on the same day of renewed calls for Justice Department oversight.

Bennett says volunteers had counted about 150,000. It’s a small fraction of the 2.1 million total they must finish in just over two weeks.

Speaking on KTAR News 92.3 FM, Bennett said examiners aren’t just counting ballots. They are looking for folds in ballots to reflect that they were indeed mailed. The vast majority of the ballots should have folds.

They are looking for signs that ballots may have been xeroxed instead of being filled out with pens. There is no evidence that’s taken place that has been reported by any federal agency.

And they are looking for watermarks, which are sometimes used on government documents but are not used on ballots.

Bennett said they haven’t found any.

Bennett also said contractors have made improvements in efficiency to speed up the ballot exam process which has gone painstakingly slow the first few days.

“With those improvements, we are confident we are going to be able to recount the ballots during the time we have here at the coliseum,” Bennett claimed.

Secretary of State Katie Hobbs also took to the airwaves Thursday to reiterate that no matter how fast or slow this audit goes, it’s not legitimate.

“It’s really clear this is not an independent audit. This is a fishing expedition," Hobbs said.

The results of the election were certified by a Republican governor, Republican attorney general and the state Supreme Court Justice, who also happens to be Republican.