VERIFY: False claim that Trump ballots are being thrown out shared by Arizona politicians

The tweet claims that Trump ballots are being thrown on the side of the road by the postal service and includes an old photo from 2018.

ARIZONA, USA — The Arizona state Senate president and a candidate for a state Senate seat both shared misinformation in a tweet on Sunday, falsely claiming that the United States Postal Service is throwing out Trump ballots.

The post, originally made by a Trump supporter in New York named Edward Woods, claims that people are finding thrown away "Trump ballets everywhere" including California, Texas, and Pennsylvania. A photo of boxes of mail on the side of the road is included in the story as well.

The photo, however, is actually from a 2018 story by New Jersey Advance Media. When run through a reverse image search, the photo links back to the story about a postal worker quitting and dumping hundreds of letters on the roadside. 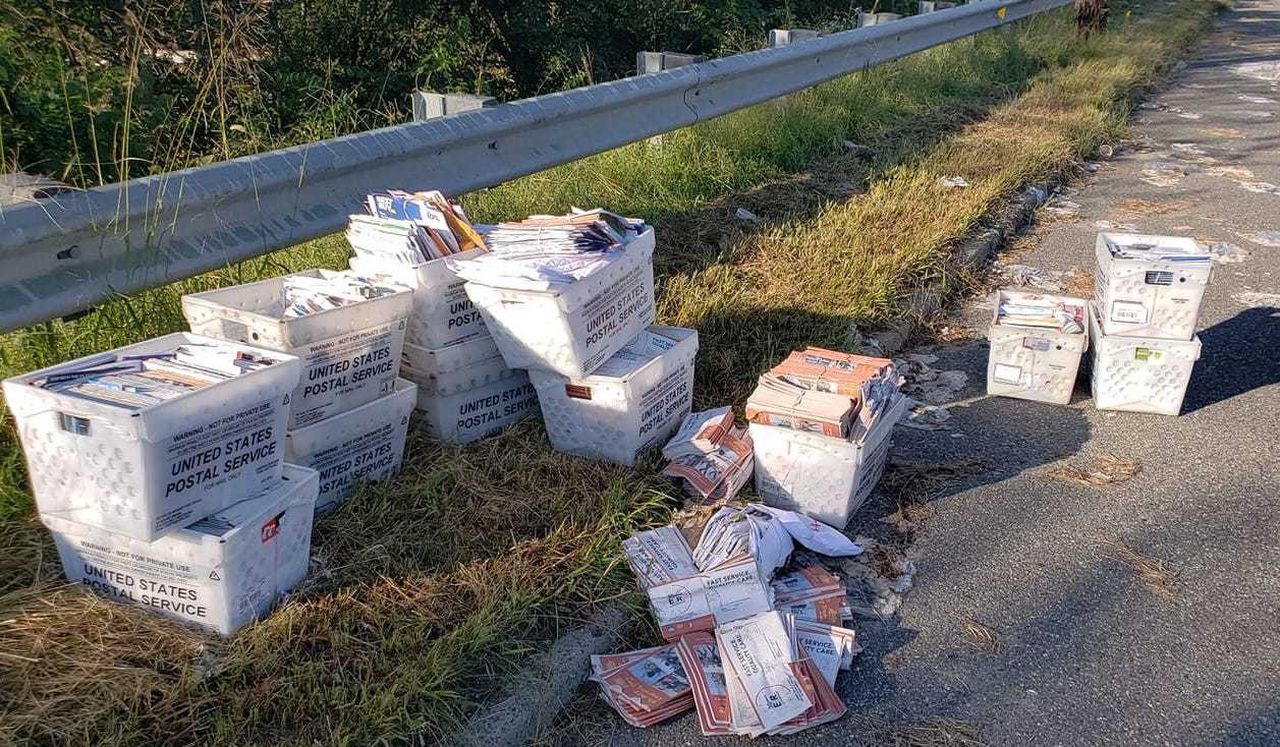 Mail carrier dumped hundreds of letters on side of road and quit
Waiting for a letter that never arrived? It might have ended up dumped by a U.S. Postal Service worker along a South Jersey street. A Facebook photo shared more than 3,000 times shows a dozen mail bins stuffed with items discarded in the 3900 block of River Road in Pennsauken.

The post was quote-tweeted by Suzanne Sharer, a candidate for Arizona State Senate, which was then retweeted by current Arizona Senate President Karen Fann. The original post has also gone viral on its own, with over 13,000 retweets and 12,000 likes.

Sharer added, "How can we as down ballot candidates even know the true results?" in her quote tweet.

Multiple people have corrected Sharer and Fann in comments under the quoted tweet, saying that the photo is from the 2018 story. Neither Sharer nor Fann has deleted the post or acknowledged the misinformation shared as of publishing this article.

Sharer is running for a seat in the Arizona State Senate in District 18 against the Democratic incumbent Sean Bowie, who has held the seat since 2017.

Sharer states that she has been a licensed realtor in Arizona for the past 28 years and has been a member of multiple Republican clubs and committees, including LD18 GOP and that Ahwatukee Republican Women’s Club on her campaign's website.