Arizona's Latino vote could be key in winning the White House

“I’m very proud that this is going to be my first one. I’m really hoping that my vote can count for a lot of change.” 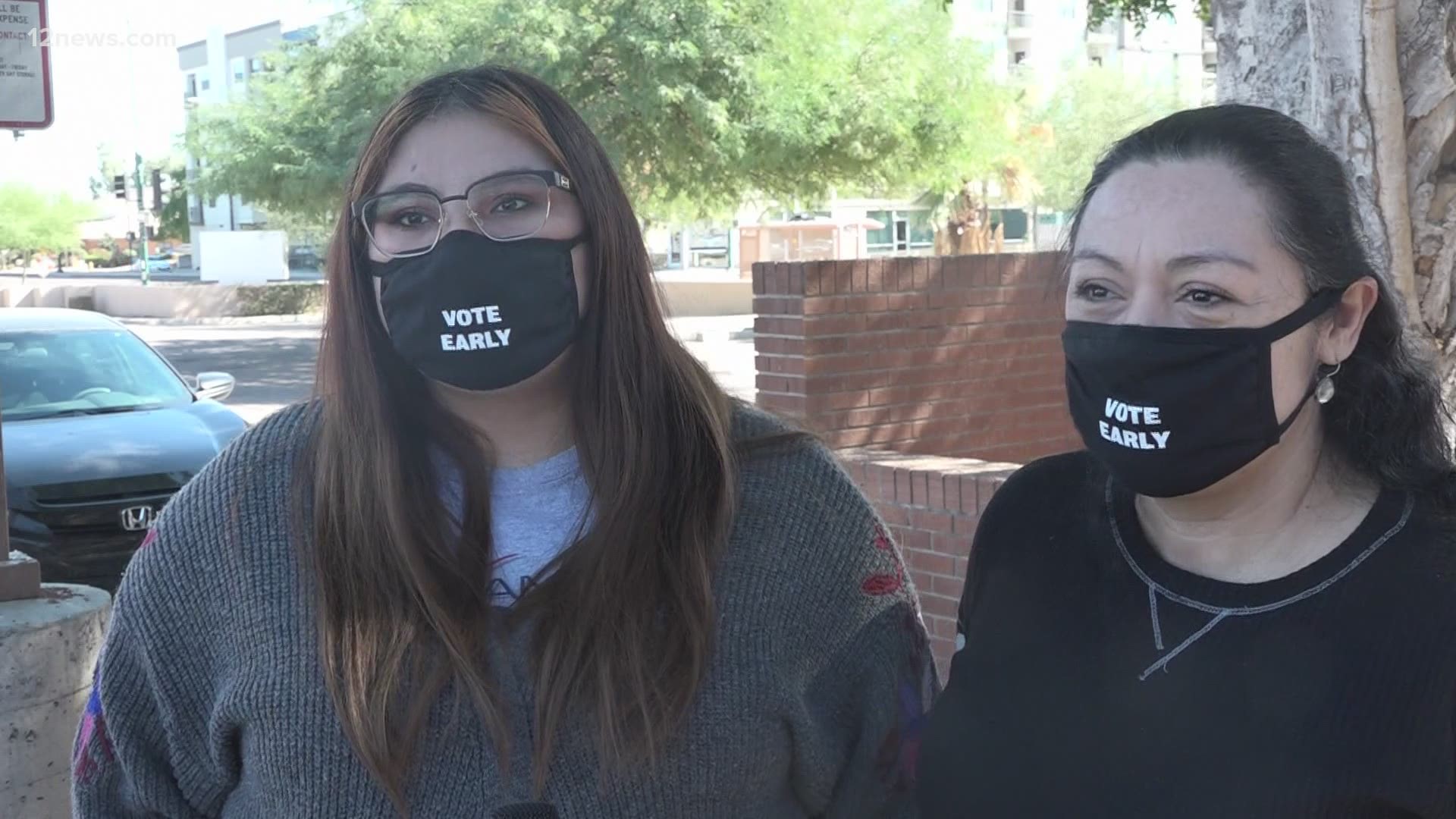 PHOENIX — Americans are days away from Election Day, with Arizona likely to be a battleground state that could decide who wins the White House.

This year, Hispanic and Latino voters represent a key vote for both Democrats and Republicans. From coast to coast, there is a record 32 million Hispanic Americans eligible for this election cycle.

In Arizona, 24% of eligible voters are members of the Latino community according to the Pew Research Center.

Maricopa County alone has the fourth-largest Hispanic population in the country, with 1.4 million people.

"I'm very proud this is going to be my first one, and hoping that my vote can count for a lot of change," said 20-year-old first-time voter Sussan Sanchez.

Sanchez is the first in her family to attend college, currently majoring in justice studies at Arizona State University.

She decided to cast her vote early and made up her decision after the first presidential debate.

“For me, it was definitely, oh my vote is going to Joe Biden because (President Donald) Trump couldn’t address systemic racism when they asked him,” said Sanchez.

As a young Latina voter, Sanchez is focused on a number of issues that impact all Arizonans.

"The economy and handling of the pandemic to even Proposition 208 for education... growing up in the public school system, they need more resources and programs for children."

Sussan's mother Susana expressed how proud she is of her daughter for being active in the election.

"This is important. It's going to impact my whole country. My community.  We need to see health and education changes. I have three kids and I'm very proud of her," said Susana Sanchez.

Of Arizona's 7.2 million residents, 32% identify as Hispanic or Latino, according to the U.S. Census Bureau.

There is excitement among Latino voters on both sides of the ballot.

In September, Trump visited Phoenix for a "Latinos for Trump" roundtable event. Trump carried the state by 3.5 points in 2016 but lost the Latino vote by 30 points. Arizona was long a Republican stronghold but Democrats have made inroads and it is now a top battleground.

Jenifer Ramonett is a caregiver and member of the LGBTQ community. She said she cast her vote for former Vice President Joe Biden.

“I would like to just see more equality, just to have everything normal,” said Ramonett. "Equality is important no matter gender or sexual orientation. I feel like a lot of us are finally are uniting and strongly suggest everyone go and vote.

“To actually be able to share my voice and impact the future and the later on, you can’t take away from it,” said Alvarez. "It's unfortunate President Trump has undermined us as a community, too many to count."

Less than a week remaining until Election Day, Latino voters know this year more than any other the power of their vote.