Arizona early ballots in 2020 election are being counted. Here's what that process looks like.

What exactly does the process of counting ballots look like, and who does it? 12 News' Plan Your Vote team is breaking that down for you.

PHOENIX — We are officially in the thick of election season here in Arizona, as officials started to count 2020 ballots on Oct. 20.

According to the Arizona Secretary of State's Office, 13 Arizona counties have accepted 133,671 early ballots out of the 602,233 that were sent as of Monday.

The Maricopa County Recorder's Office said Monday that it hit 600,000 ballots that were signature verified.

The Pima County Recorder's Office has recorded 137,919 ballots in its ballot turnover receipts as of Monday.

The unofficial results in the election will not be released until 8 p.m. on Election Day. Those results will not be made official until they are canvassed.

But what exactly does the process of counting ballots look like, and who does it?

The 12 News Plan Your Vote team is breaking that down for you.

Who is counting my ballot?

According to the Arizona Elections Procedures Manual provided by the Secretary of State's office, each county can begin tabulating early ballots 14 days before Election Day.

Since Election Day falls on Nov. 3, two weeks before then is Oct. 20.

All early and provisional ballots are processed by the county recorder before being transferred to the officer in charge of elections, who will then tabulate them at the central counting place.

Ballots that are cast on Election Day and are not processed or tabulated at the voting location are also taken to the central counting place for processing and tabulation.

Operations at the central counting place are conducted under the direction of the Board of Supervisors or the officer in charge of elections.

The central counting place may have 11 or more types of boards, which can also be combined at the discretion of the officer in charge of elections.

The Board of Supervisors or officer in charge of elections can appoint boards to tally results after the polls have closed.

More than one board may be appointed for each type of board:

The counties can also begin the signature verification process immediately.

Which leads us to our next question...

How are the signatures on my ballot verified?

According to the Arizona Secretary of State's Office, a county recorder or other officer in charge of elections will compare your signature on the affidavit with your signature in your registration record.

In addition to the voter registration form, the county recorder could also consult other signatures from other official election documents in your registration record, like signature rosters or early ballot/PEVL request forms.

That will help election officials determine whether the signature on the early ballot affidavit was made by the same person who is registered to vote.

If the official is satisfied that the signatures were made by the same person, they will put a distinguishing mark on the unopened affidavit envelope to show the signature is sufficient. They will also safely keep the early ballot and affidavit until they are transferred to the officer in charge of elections for further processing and tabulation.

However, if the official is not satisfied that the signatures were made by the same person, they will attempt to contact the voter by mail, phone, text message and/or email and allow them to correct or confirm the signature.

Voters must be allowed to correct or confirm an inconsistent signature until 5:00 p.m. on the fifth business day after the election, or Nov. 10.

If the early ballot affidavit is not signed, the county recorder cannot count it and must attempt to contact the voter and tell them that the affidavit was not signed.

They must also explain to the voter how they can cure the missing signature or cast a replacement ballot before 7 p.m. on Election Day.

RELATED: How ballot signatures are verified in Arizona

How are the ballots processed and tabulated?

Early ballots must be verified using the signature verification process as was described above.

If the county recorder or other officer in charge of elections determines that the ballot should be rejected, they should indicate which ballot has been rejected, note the voter's ID number and the reason for rejection on the report or audit and set aside the unopened affidavit.

If they determine that the voter was sent the wrong ballot and there's enough time to get them a new ballot and receive the correct ballot back from the voter, the county recorder should make reasonable efforts to contact them and issue a correct ballot.

After that, then the board will fill out the ballot transmittal slip and send ballots to tabulation.

Do you want to learn more about what is on your ballot? Research the candidates with the 12 News Ballot Guide.

All you have to do is enter your address below to get started.

You can find more information on the election process in the Secretary of State's Arizona Elections Procedures Manual. 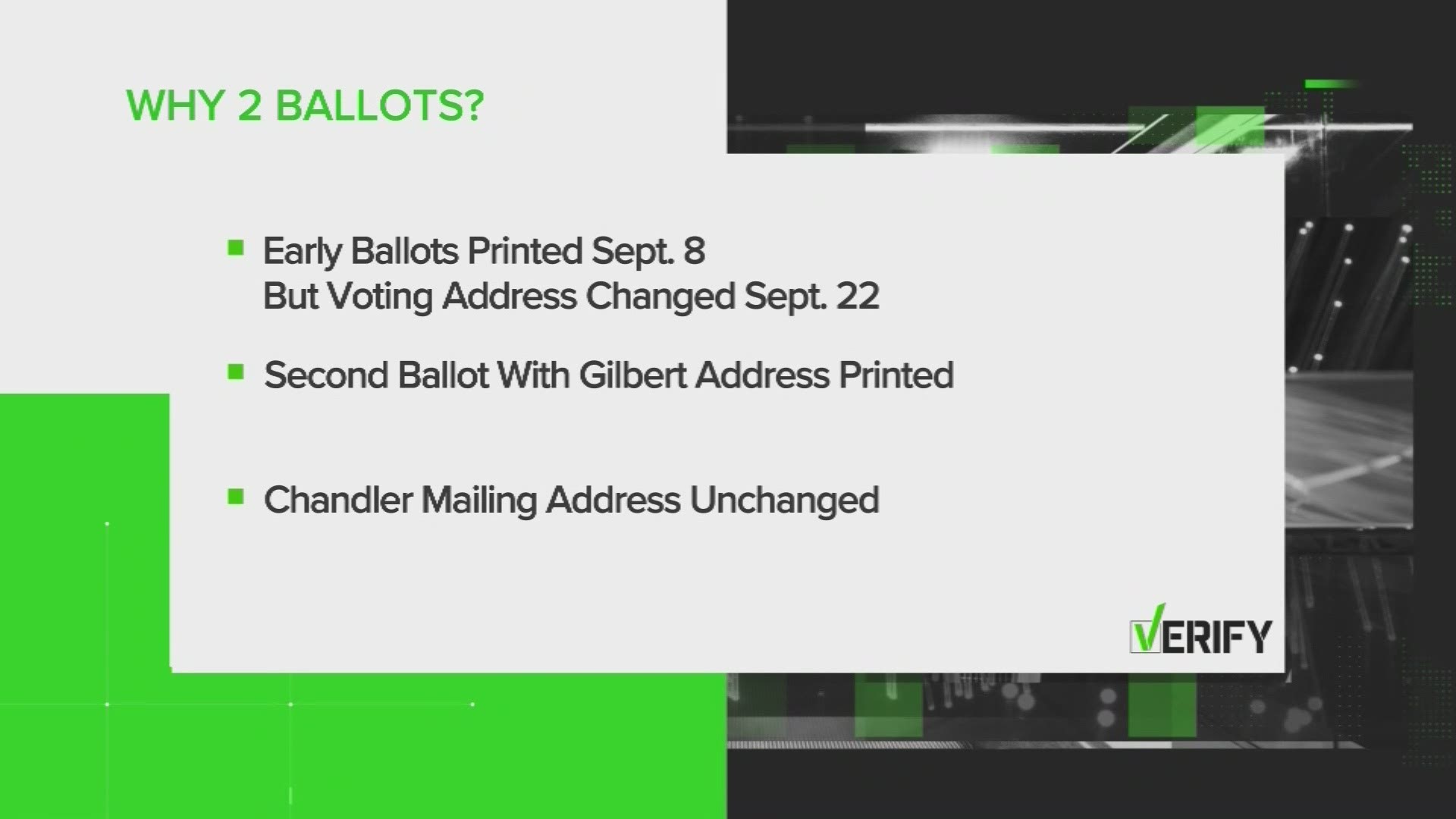