It may be up to 10 days until all the votes are counted, but we should know the results of the 2018 Arizona midterms before then. 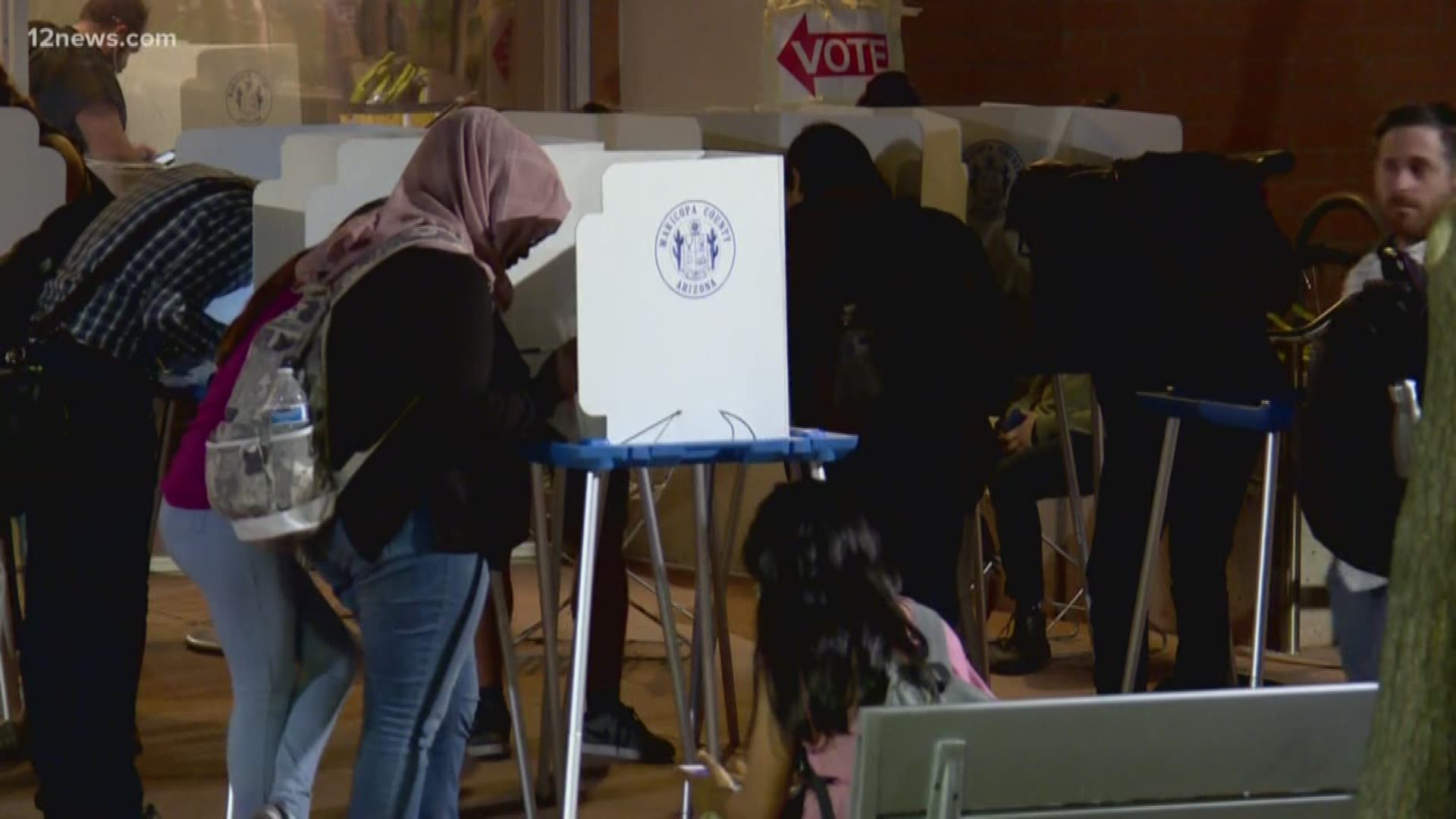 PHOENIX — There was a massive increase in Arizona's voter turnout in Tuesday's election over prior midterms.

Maricopa County Recorder Adrian Fontes says about 278,000 voters cast their ballots at the polls. That's a large improvement from the previous midterm where Fontes says there were only 165,000 ballots issued.

On Wednesday, Fontes estimated 472,400 ballots are still left to count. That count includes 195,300 provisional and early ballots that were dropped off Tuesday and still need to be signature verified, and 277,100 ballots left to count from the 1 million early ballots received before Election Day.

Fontes said the next round of results will not be released until Thursday at 5 p.m. He said part of the reason it takes so long to count the votes is that his office enters some data into the computer system manually.

"These are very old systems. They are very, very dependable. They're very robust, but that's what we've been using in Maricopa County for a long time," Fontes said.

Statewide, there are an estimated 600,000 ballots that have not been counted. According to an analyst with the Secretary of State Michelle Reagan's office, Pima County is accounting for nearly 80,000 of those ballots and Pinal County, 40,000.

The recorder's office says they'll have a better idea on Thursday, but it could take about two weeks to count every ballot.