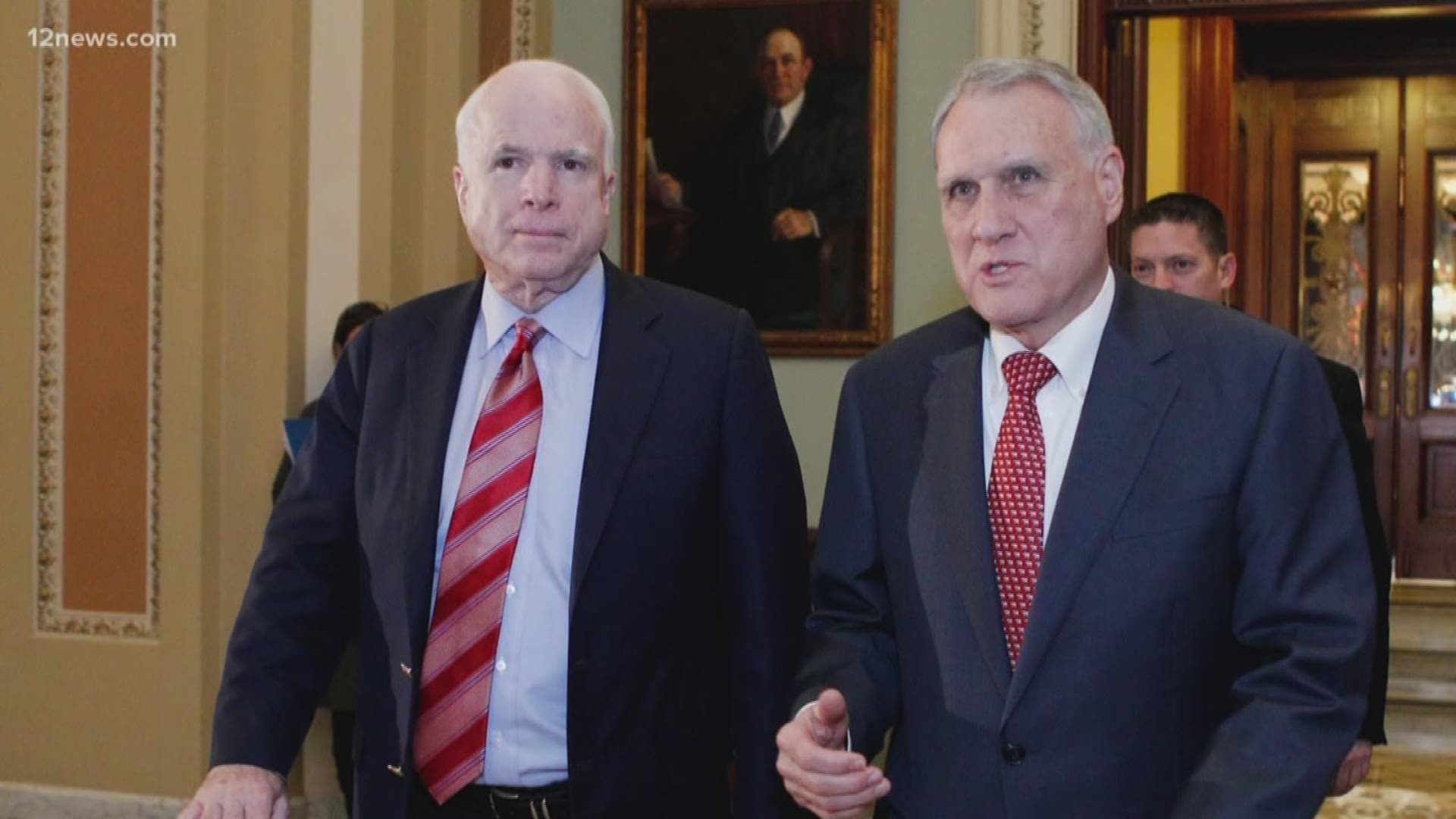 PHOENIX — Arizona has developed a reputation as one of the country's political flashpoints, with debates over immigration, rambunctious populists and a divided GOP.

First-term Republican Gov. Doug Ducey, who has navigated the state's political waters with a buttoned-down approach, became the focus of national attention this week following the death of Sen. John McCain.

The move was a big win for conservatives, with the GOP only retaining a two-vote majority in the Senate as confirmation of Supreme Court nominee Brett Kavanaugh looms.

But it also was a relatively safe pick that won't stir up much controversy within party ranks, in line with the way Ducey has governed.