The cash for raises could only be removed if the Legislature voted to take it away. 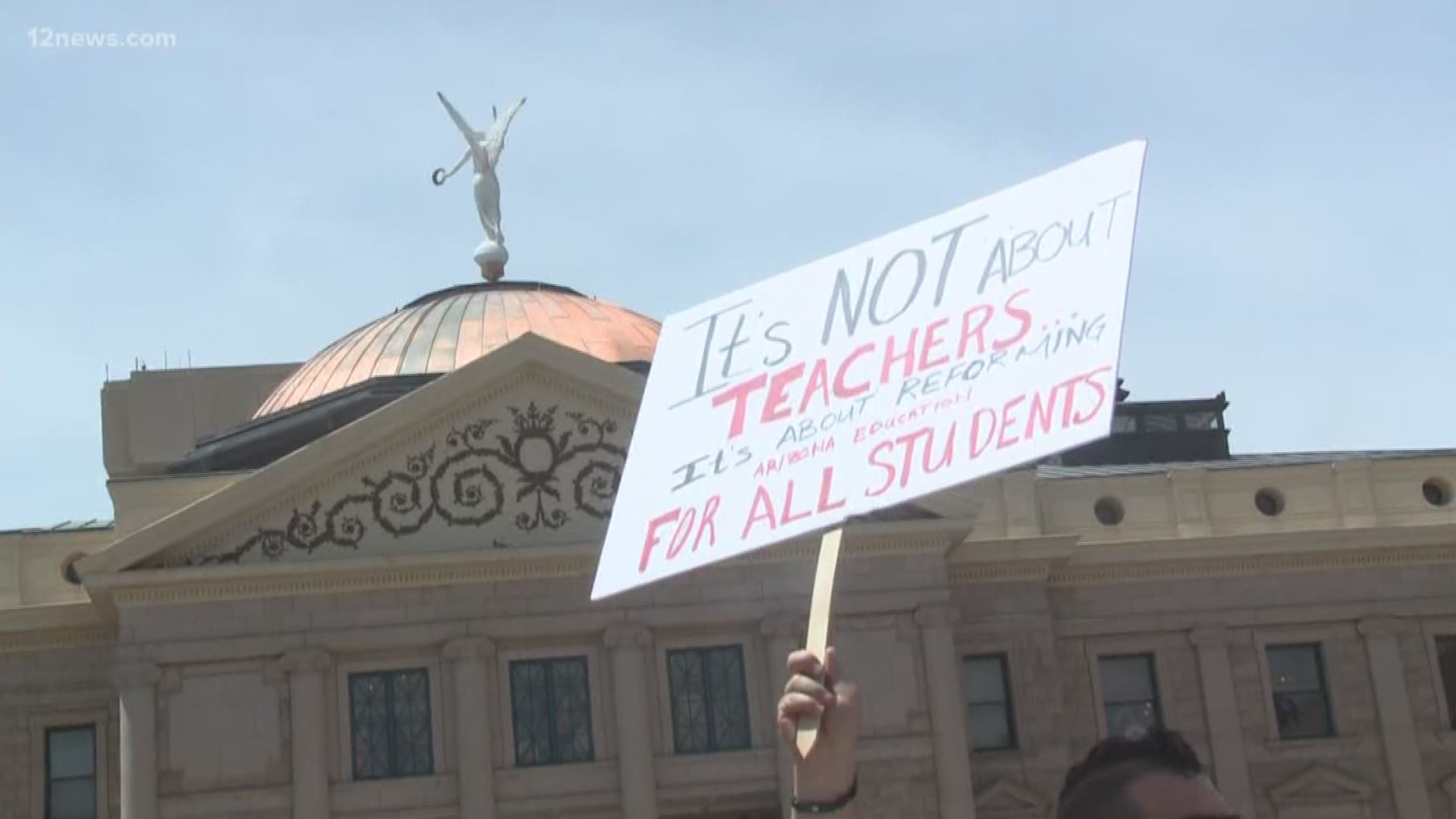 Gov. Doug Ducey and Republican lawmakers have agreed to protections for his proposed 20 percent raise for teachers over the next three years, but would also allow schools to be flexible in handing out raises, according to budget details provided to 12 News.

Thousands of #RedForEd supporters mobbed the Capitol Monday on the third day of teachers’ statewide strike.

They lined up 40-deep outside the House and Senate chambers to meet with legislators.

The state budget containing the teacher raises had not yet been formally introduced as of mid-afternoon Monday. That’s expected to happen by Monday night.

Once the budget is introduced, the Republican-controlled Legislature could pass it and send it to the governor by Wednesday.

Ducey and his staff have gone back and forth in recent weeks explaining the protections on the raises and whether every teacher is guaranteed a 20 percent raise.

Leaders of the #RedForEd strike have said they can’t trust the governor.

Here’s what 12 News learned Monday about the proposed raises -- 10 percent this year, and 5 percent in the following two years:

-For the next three years, the $644 million in teacher raises would be built into a so-called “advance appropriation.”

The money would be budgeted at the start of each new fiscal year as part of schools’ “base funding.”

The cash for raises could only be removed if the Legislature voted to take it away.

People familiar with the plan note that the Legislature didn’t touch schools' base funding even during the depths of the recession.

-The governor and Legislature wanted to avoid the appearance of dictating raises to hundreds of school districts.

The budget bill will show the Legislature’s intent for how the money should be spent and will require schools to report on how they spent it, likely to the state Department of Education.

But there’s also an expectation of “naming and shaming” by the public should any school districts and charters fall short of heeding legislative intent. 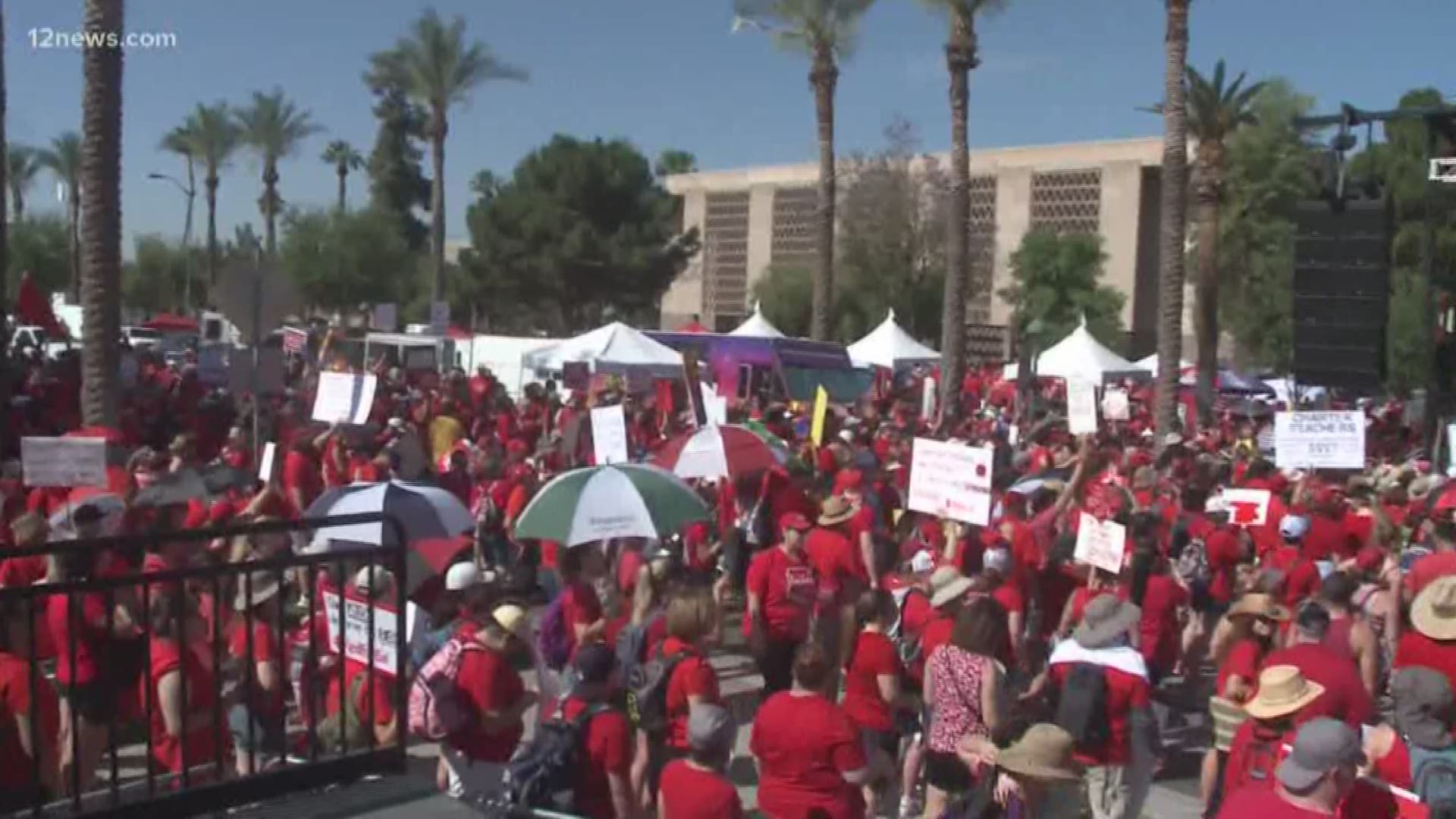 -There is no requirement for across-the-board 10/5/5 raises for every teacher over the next three years.

The raises are part of $1 billion in new funding proposed for K-12 schools over the next three years.

The other chunk is $371 million in “direct additional assistance” to schools.

That money had initially been designated for buildings, maintenance, textbooks and technology.

The governor has now agreed that the cash can also be used to raise the wage of support staff -- teacher’s aides, bus drivers and other staffers.

The #RedForEd movement has demanded that Ducey restore $1 billion in K-12 budget cuts dating to the Great Recession.

Education advocates have filed paperwork for a statewide vote in November that would boost income taxes on high-wage earners to funnel almost $700 million a year to schools.