The law, widely known as "no promo homo," prohibits HIV and AIDS instruction that "portrays homosexuality as a positive alternative lifestyle." 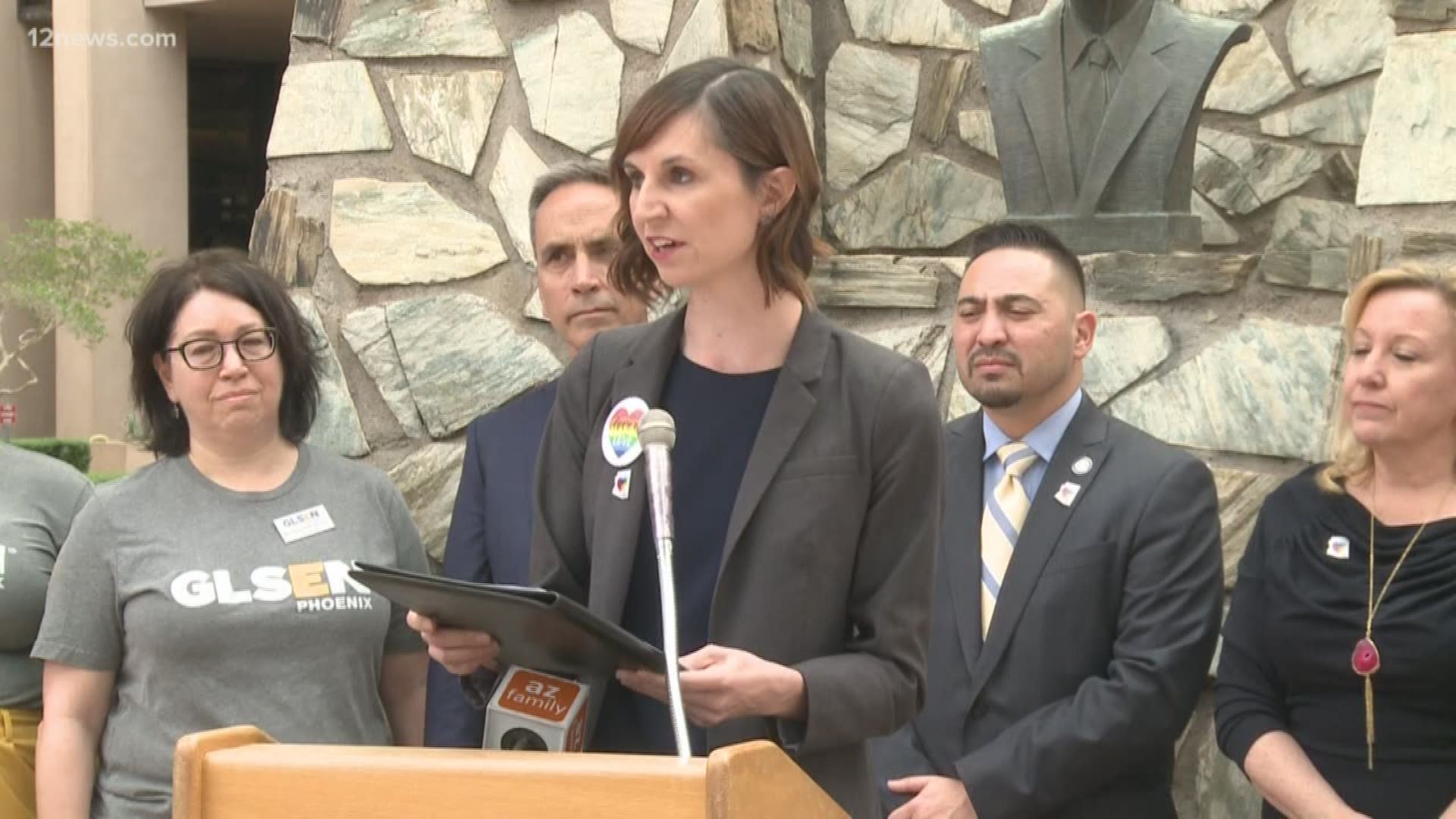 In a tweet, Ducey called repealing the law a "common sense solution."

Lawmakers in Arizona House of Representatives voted 55-5 to repeal the law widely known as "no promo homo."  The 1991 law that bars HIV and AIDS instruction that "promotes a homosexual lifestyle," a move prompted by the filing of a lawsuit by LGBT groups.

The vote came a day after Republican Attorney General Mark Brnovich declined to join in defending the lawsuit filed last month against the state's Board of Education and state's top schools official, Democratic Superintendent of Public Instruction Kathy Hoffman.

The law also prohibits HIV and AIDS instruction that "portrays homosexuality as a positive alternative lifestyle" or "suggests that some methods of sex are safe methods of homosexual sex."

The lawsuit says the law stigmatizes lesbian, gay, bisexual and transgender students and is discriminatory.

Republican state Rep. T.J. Shope sponsored the repeal language, which emerged Wednesday and was tacked onto another education-related bill. He called the 1991 law "antiquated." He said Republicans who hold majorities in both chambers of the Legislature were split, with some critical of Brnovich's decision and others believing as he did that the law was outdated.

"It's a really important win today to be able to have this, because the struggles and the challenges I went through as a student in our public schools, where I was labeled as 'alternative,' labeled as an 'other,' will be going away today," said Rep. Daniel Hernandez, a Tucson Democrat born a year before the legislation passed in 1991.

Only five House members, all Republicans, voted against the measure, which now goes to the Senate for action. Republican Gov. Doug Ducey declined to comment on the proposal Wednesday.

Hoffman had called for the repeal of the law in February, before the lawsuit was filed. She had indicated she had no plans to mount a defense, and Brnovich's decision left it up to the Legislature or the Board of Education to defend it.

"For nearly three decades the effects of these policies have harmed Arizona's students and families," she said in a statement Wednesday. "As I have previously stated, I believe this law is indefensible and its repeal is long overdue. I urge the legislature to take immediate action and remove this law from statute."

The lawsuit, filed on behalf of Equality Arizona, alleges the 1991 law constitutes unconstitutional discrimination and restricts educational opportunity for LGBT students. It says it enshrines in state law that LGBT students can only be discussed in a negative light and communicates to students and teachers "that there is something so undesirable, shameful, or controversial about 'homosexuality' that any positive portrayals of LGBTQ people or same-sex relationships must be explicitly barred."

Arizona is one of seven states with laws prohibiting the promotion of homosexuality. Critics say such laws stigmatize lesbian, gay, bisexual and transgender students and create a state-sanctioned climate of discrimination.

"We just realized and recognized that the law was blatantly unconstitutional," Minter said. "And when a similar law was challenged in Utah, the Utah Legislature also took action to repeal it."