Senate Bill 1457 banned abortions if the pregnant person seeks it solely because a fetus has a genetic abnormality, such as Down syndrome. 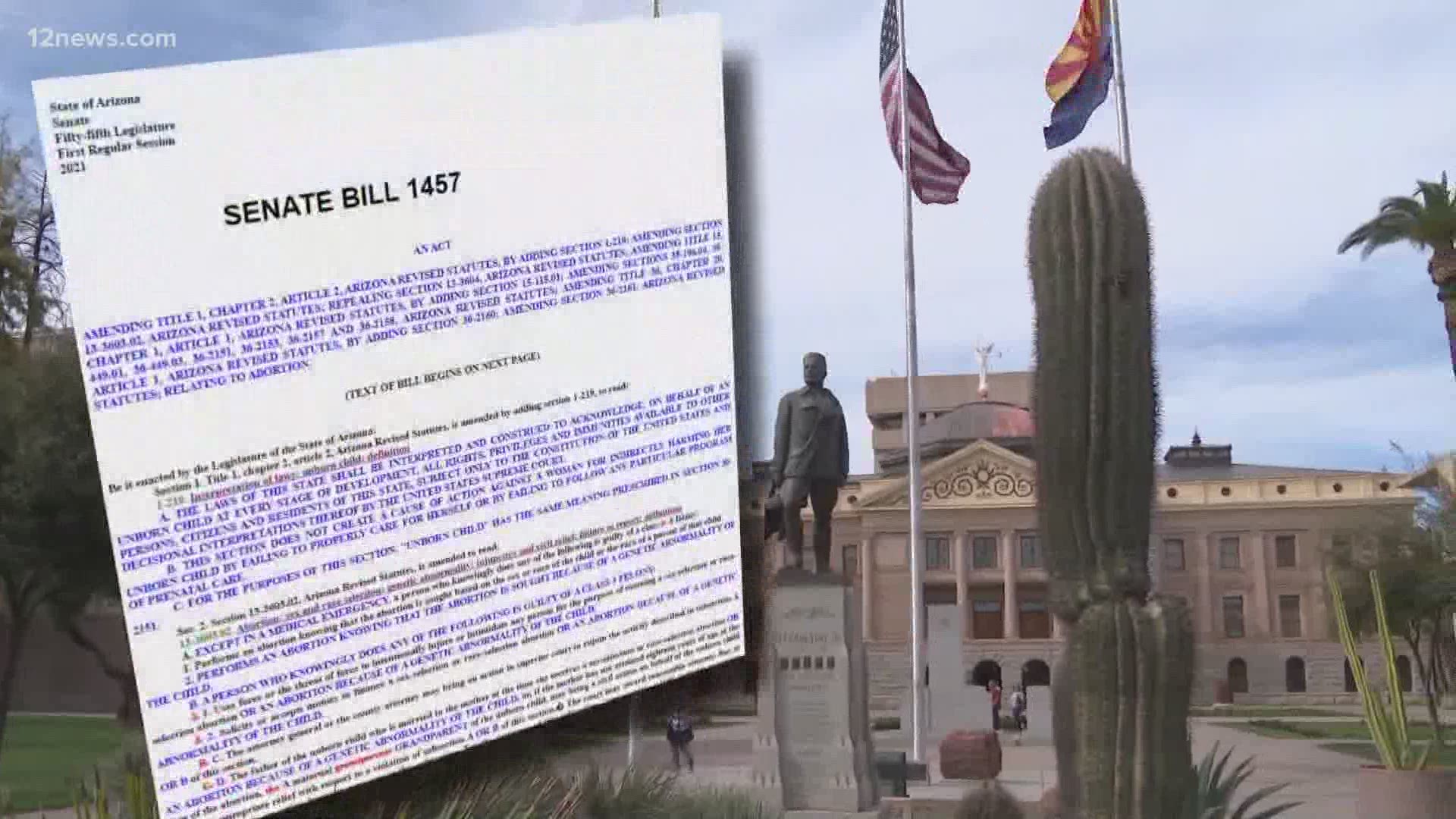 Senate Bill 1457 bans the procedure if the pregnant person seeks it solely because a fetus has a genetic abnormality, such as Down syndrome.

Under the new measure, doctors who knowingly perform an abortion solely based on genetic abnormalities could be charged with a class 6 felony and doctors who do not report a violation could face a $10,000 fine.

The state Senate approved the bill last week in a party-line vote. Ducey, an abortion opponent, has never vetoed a piece of anti-abortion legislation.

“There’s immeasurable value in every single life — regardless of genetic makeup,” Ducey said after signing the law. “We will continue to prioritize protecting life in our preborn children.”

The measure makes an exception for medical emergencies.

Opponents of the law argued that the state already had some of the most restrictive abortion laws in the country and that some women will now turn to more dangerous options.

“It puts the doctor-patient relationship at risk," said Dr. DeShawn Taylor, the founder of Desert Star Family Planning near 19th and Missouri avenues.

“It forces people into more desperate situations. Abortion is safe the way that it's provided and when people start to feel like they can’t access it, they’re going to take matters into their own hands," Taylor said.

But Cathi Herrod with the Center For Arizona Policy, a conservative non-profit lobbying group, disagrees.

“These laws do not interfere with the doctor-patient relationship. It looks out for the lives of unborn children that they should not be discriminated against in the womb," Herrod said. "I encourage people to go and read the bill. This does not send women to the back alley.”

#BREAKING Governor Ducey signs abortion bill SB1457. The bill criminalizes abortions based on genetic abnormalities. Doctors who perform abortions under those circumstances can be charged with a felony. More background here - https://t.co/hbprLJTnd2 @12News