A group of social justice and labor advocates organized a rally and sit-in at the senator's office to demand an end to the filibuster. 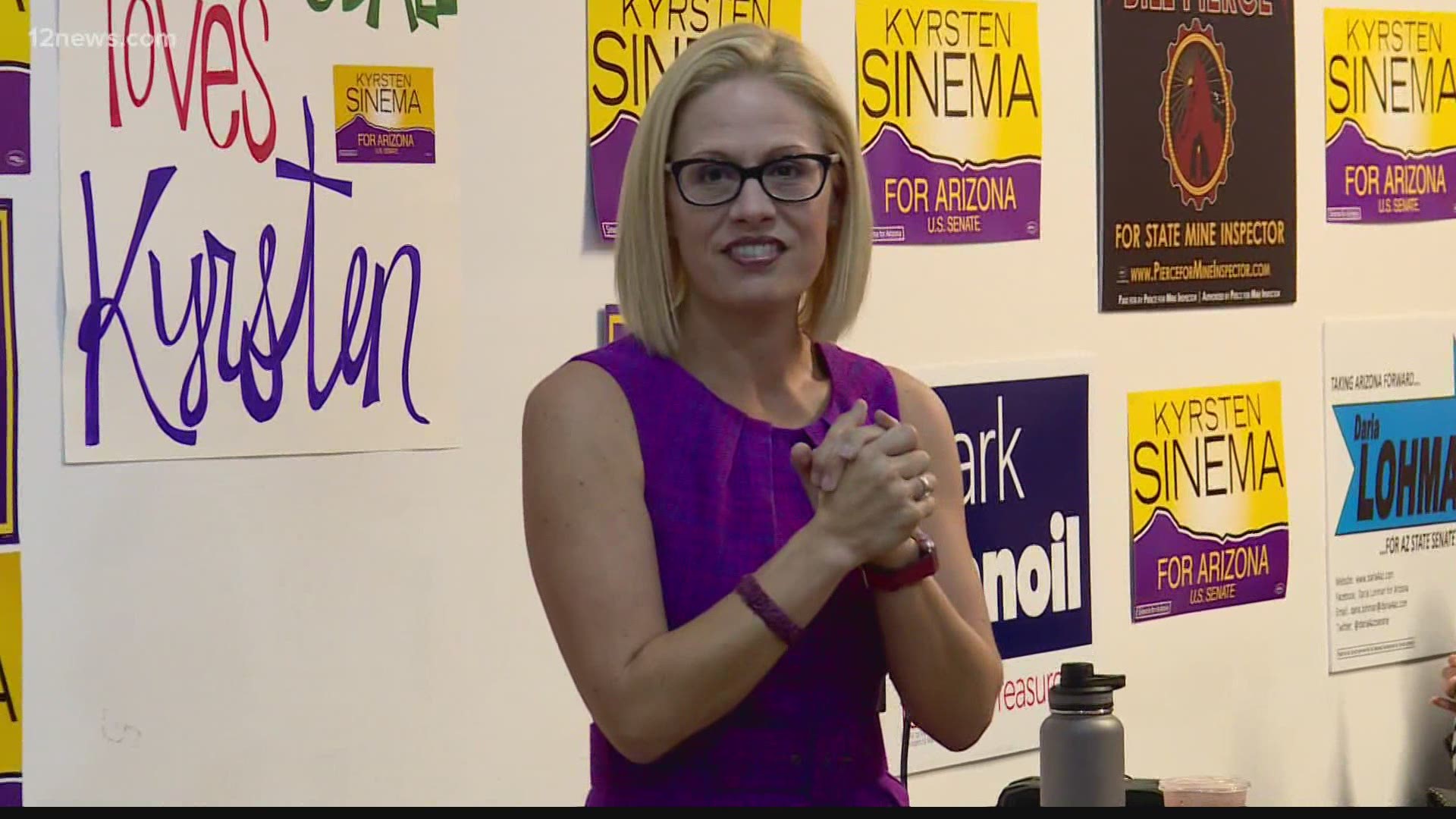 PHOENIX — A group of demonstrators was arrested and cited during a sit-in protest at Senator Kyrsten Sinema's Phoenix office on Tuesday morning, police confirmed.

The Arizona Coalition to End the Filibuster, made up of local social justice and labor advocates, organized a rally and sit-in at the senator's office on Camelback Road at 10 a.m., according to a press release from the group.

The rally was planned on the same day the voting rights bill, For the People Act, was being voted on in the U.S. Senate. The bill is likely to be blocked by a Republican filibuster.

Later in the day, Sinema's office released the following statement:

“I believe the right to vote, faith in the integrity of our electoral process, and trust in elected officials are critical to the health and vitality of our democracy. I am proud to support the For The People Act because it restores safeguards that protect every American's right to vote, reduces the influence of money in politics, secures our elections from foreign interference, and holds government officials to the highest ethical standards.”

Police said the property manager reported the group was "interfering with normal business operations and that he had asked the group to leave the private property."

After being asked to leave a smaller group stayed and reportedly refused to leave, police said.

Ten demonstrators who were sitting in front of an office suite at the complex were arrested and given citations.

They were not booked into jail.

Our statement on the #ForThePeopleAct pic.twitter.com/UWeZ9WFeJo

RELATED: Senate filibuster explained: What is it and why do some want to change it?