Joe Biden is up 4 points over President Trump, Kelly leads McSally by 5. 'Yes' side ahead in 2 ballot initiatives, on boosting K-12 funding and legalizing marijuana.

PHOENIX — Just 19 days before the November election, Democratic challengers continue to maintain their leads in the two races at the top of Arizona’s November ballot, according to a new poll released Thursday.

- In the presidential race, Democrat Joe Biden holds a four-point lead over President Donald Trump, 49% to 45%. Over the last six months, the former vice president has consistently led Trump by three to four points in polling averages.

Only one Republican presidential nominee has lost Arizona in the last 72 years.

The race appears to be tightening as McSally’s nonstop barrage of negative advertising cuts into Kelly’s approval rating.

The survey shows Kelly’s favorability rating plunging from plus-17 points (the difference between his favorable and unfavorable ratings) to plus-7.

The poll has a margin of error of four percentage points.

Both Trump and McSally have led just a handful of the roughly three dozen polls in Arizona since January.

Arizona is being widely watched as a first-time swing state that could deliver the White House and the U.S. Senate to Democrats.

The poll comes as tens of thousands of Arizonans have already cast early ballot in an election likely to shatter turnout records.

Phoenix-based OH Predictive’s poll also shows the “yes” side in the lead on both of Arizona’s ballot propositions:

- On Proposition 207, which would legalize recreational marijuana, 55% of respondents were in support, 37% were opposed.

- Proposition 208, the Invest in Education Act, would impose an income tax surcharge on high earners in order to create an $825 million-a-year revenue stream for K-12 schools. Prop 208 is in the lead, 55% to 39%, according to the poll. 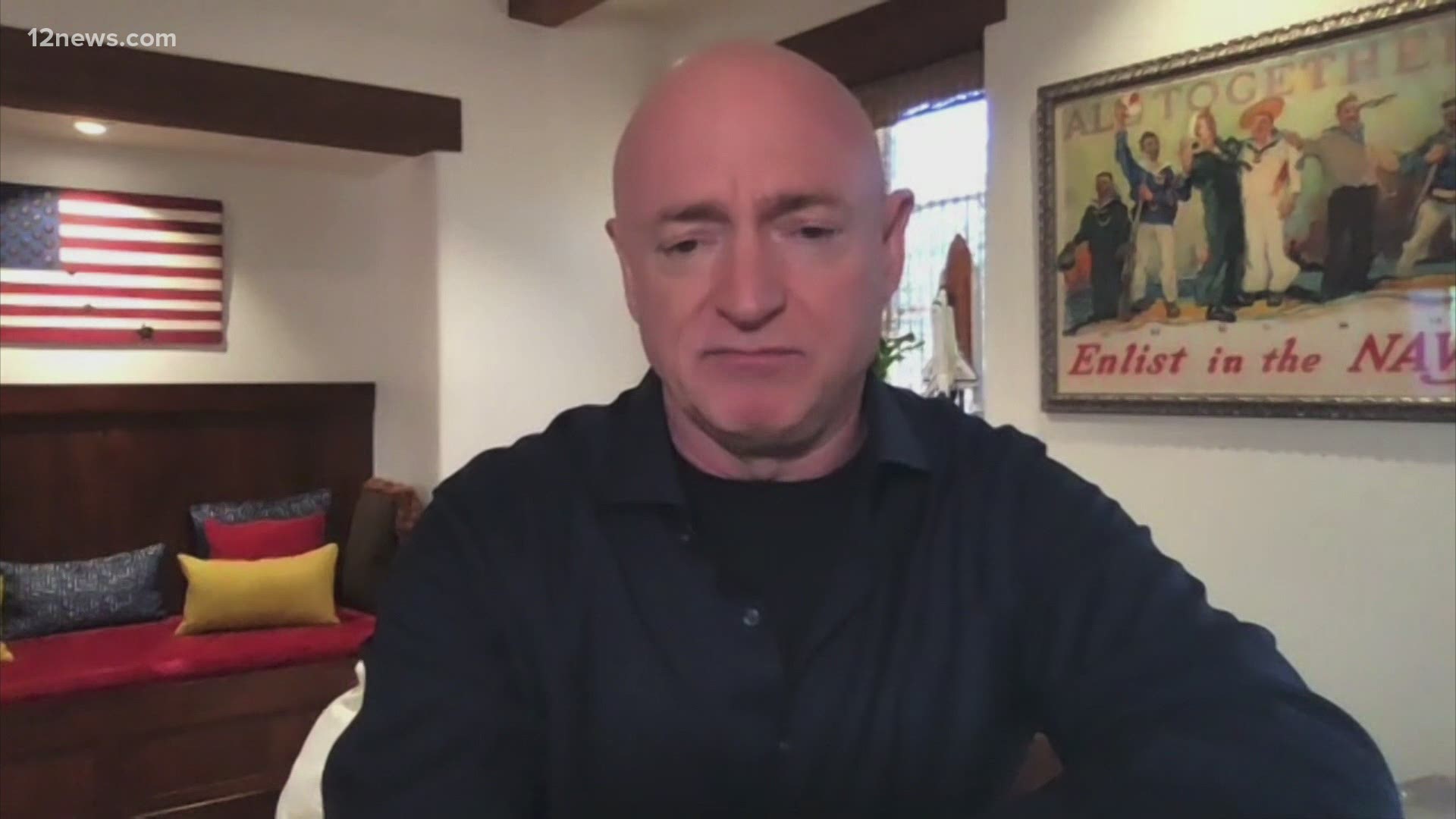