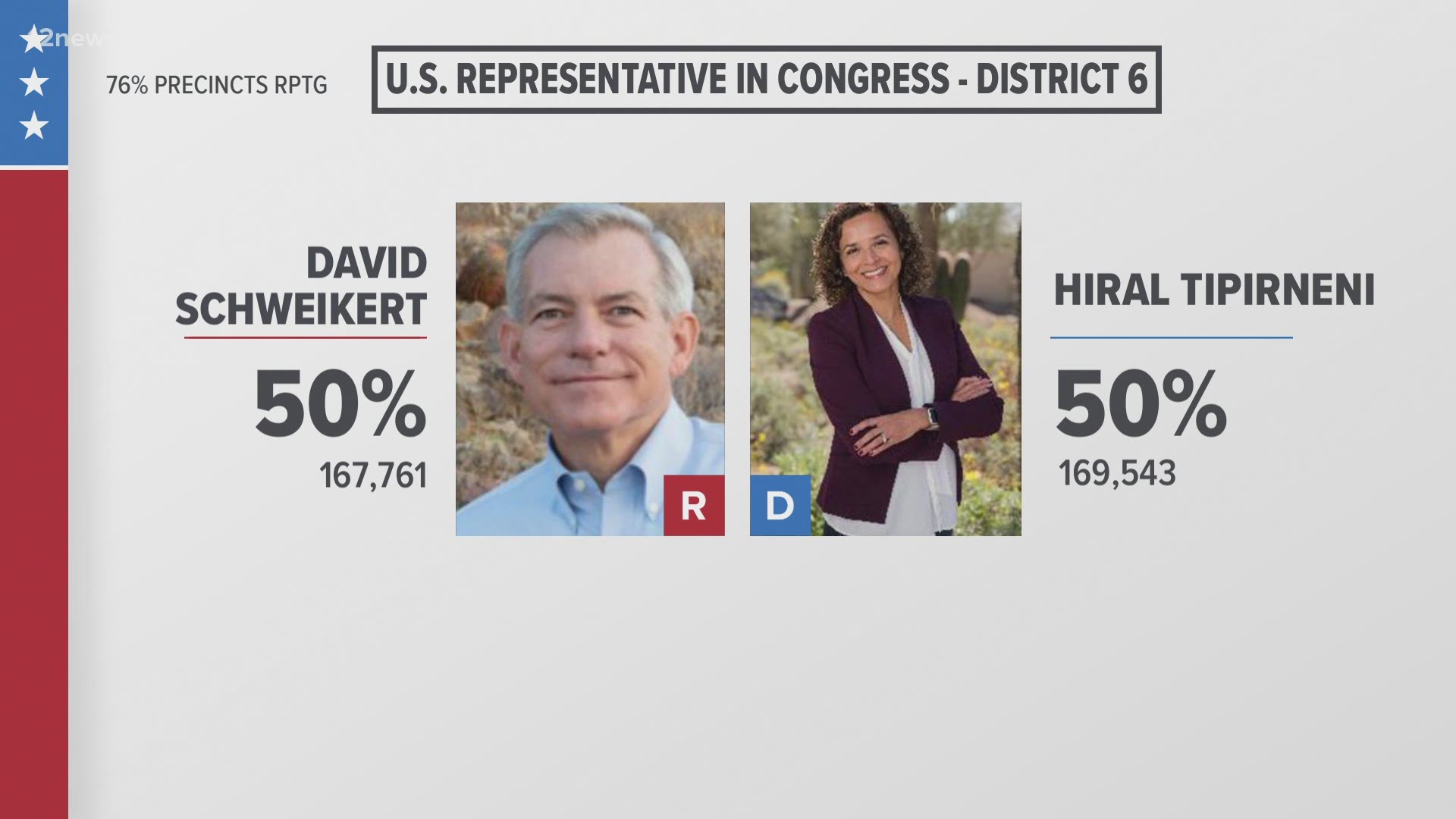 She ran a campaign focusing on healthcare and accusations that Schweikert failed to represent his district.

Schweikert was hurt by an ethics probe that found he was indifferent to repeated campaign finance violations and used his official staff for campaign work. He agreed in July to pay a $50,000 fine and admitted to 11 violations to the U.S. House Ethics Committee probe.

You can see the results for the 6th Congressional District election below:

Schweikert is currently serving his fifth term in the U.S. Congress.

Schweikert currently sits on the Ways and Means Committee. Previously, he also served on the Financial Services Committee in Congress.

Some of Schweikert's legislative accomplishments include playing a key role in advancing the United States, Mexico, Canada Agreement and being instrumental in authoring and passing H.R. 1. the Tax Cuts and Jobs Act.

Before campaigning for a seat in the House of Representatives, Tipirneni served as an emergency room physician in the Phoenix area for more than 20 years.

She was also a cancer research advocate and a member of the board of directors of the Maricopa Health Foundation, her campaign website read.

Tipirneni said on her website that she is running for Congress “to take on Washington insiders and continue using her problem-solving, team-oriented approach to work with Republicans and Democrats alike to get the results we need.”

As for the race, both candidates are running to represent Arizona’s 6th Congressional District located in the northeastern portion of Maricopa County.

The district is mostly made up of Phoenix suburbs including Scottsdale, Paradise Valley, Cave Creek and Fountain Hills.

The race between Schweikert and Tipirneni is expected to be one of the most closely-watched contests in the state.