Hobbs and Richer slam Senate GOP audit in separate reports. Public report on findings could be a few weeks away. 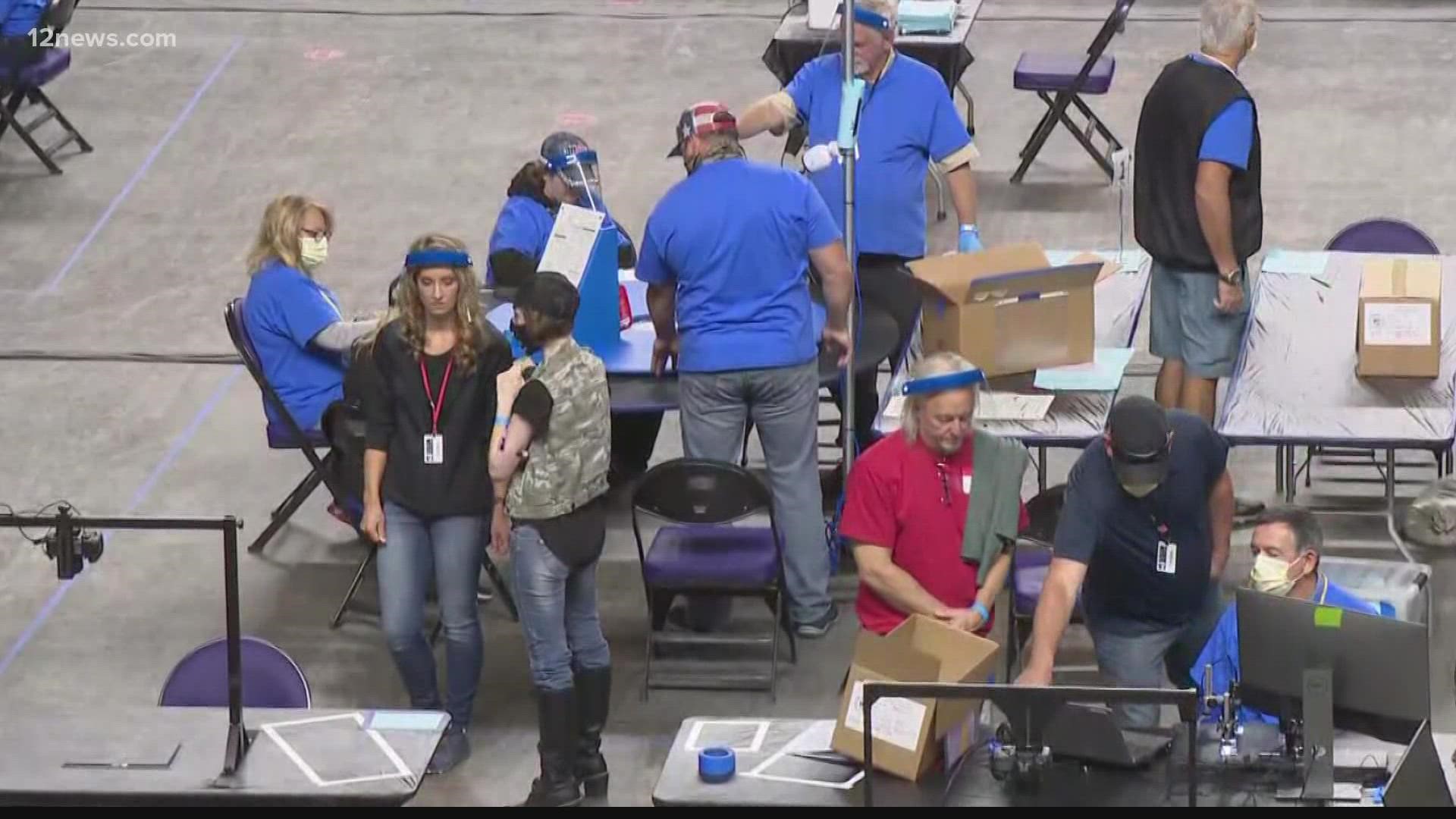 The Senate GOP’s review leader, Florida-based Cyber Ninjas, was expected to report the first results to a Senate team Monday but the report was delayed due to CEO Doug Logan and two other members of the five-person audit team testing positive for COVID-19. The Senate legal team is expected to review the full report Wednesday.

But it's still not clear when any of the review’s findings will be made public.

'Not OK to Destroy Democracy'

Richer’s message to fellow Republicans was blunt: We lost. But there was nothing wrong with the election.

“I have great conservative credentials, I have great Republican credentials. But we lost, and that's OK,” Richer said during a webinar convened by the Center for Election Innovation & Research.

“What is not OK is to destroy democracy over one loss.”

The Maricopa County Board of Supervisors oversees county elections.

Hobbs, the state’s top elections official, issued a 46-page report on the Senate Republicans’ election review, complete with a timeline, official letters exchanged during the review, and notes from her observers.

“It is clear that any ‘outcomes’ or ‘conclusions’ that are reported from the Senate’s review, by the Cyber Ninjas or any of their subcontractors or partners, are unreliable,” Hobbs concluded.

“It is imperative that leaders across the state and country proclaim that the 2020 General Election was fair and accurate.”

Another pre-buttal for the media, with Hobbs and some of the observers at the partisan audit in Phoenix, is scheduled for Monday.

Republicans nationwide are anticipating the findings of the election review. Polling shows GOP voters support an election audit in far greater numbers than other voters.

Maricopa County - a swing county for the first time in 2020 - is the only jurisdiction in the country where this kind of unprecedented audit, by individuals with no audit experience, was done.

Whatever the findings might be, they won’t change the outcome of the 2020 vote in Maricopa County. Democrat Joe Biden defeated former President Donald Trump countywide and statewide.

The results were certified by Republican Gov. Doug Ducey.

The county results got the seal of approval from certified auditors.

What gives elections experts pause is the fear that the findings become a game of “whack a mole” for the media.

The best examples are the many unsubstantiated claims by Logan and his team that suggested wrongdoing - before any formal findings were released.

During a live-streamed meeting from the state Senate in mid-July, for example, Logan falsely claimed that 74,000 mail-in ballots were counted despite no record that they had ever been sent to voters.

A follow-up investigation by reporters revealed that Logan had no idea what he was talking about. Yet his false claim had already been broadcast by former President Donald Trump and right-wing media.

There is also a concern about Cyber Ninjas’ findings being leaked to conspiracy theorists or funders of the partisan audit.

According to Fann, about a dozen people will have access to the draft report.

On Sunday night, a right-wing web site that pushes misinformation to a large audience put Pulitzer at the top of its home page with this tease:

The headline links to a $50-a-year subscription to get “behind the scene facts” about the audit. (Another disturbing feature of the Senate GOP audit: Many people are making money off it.)

There are other outsiders who could have access to the findings: 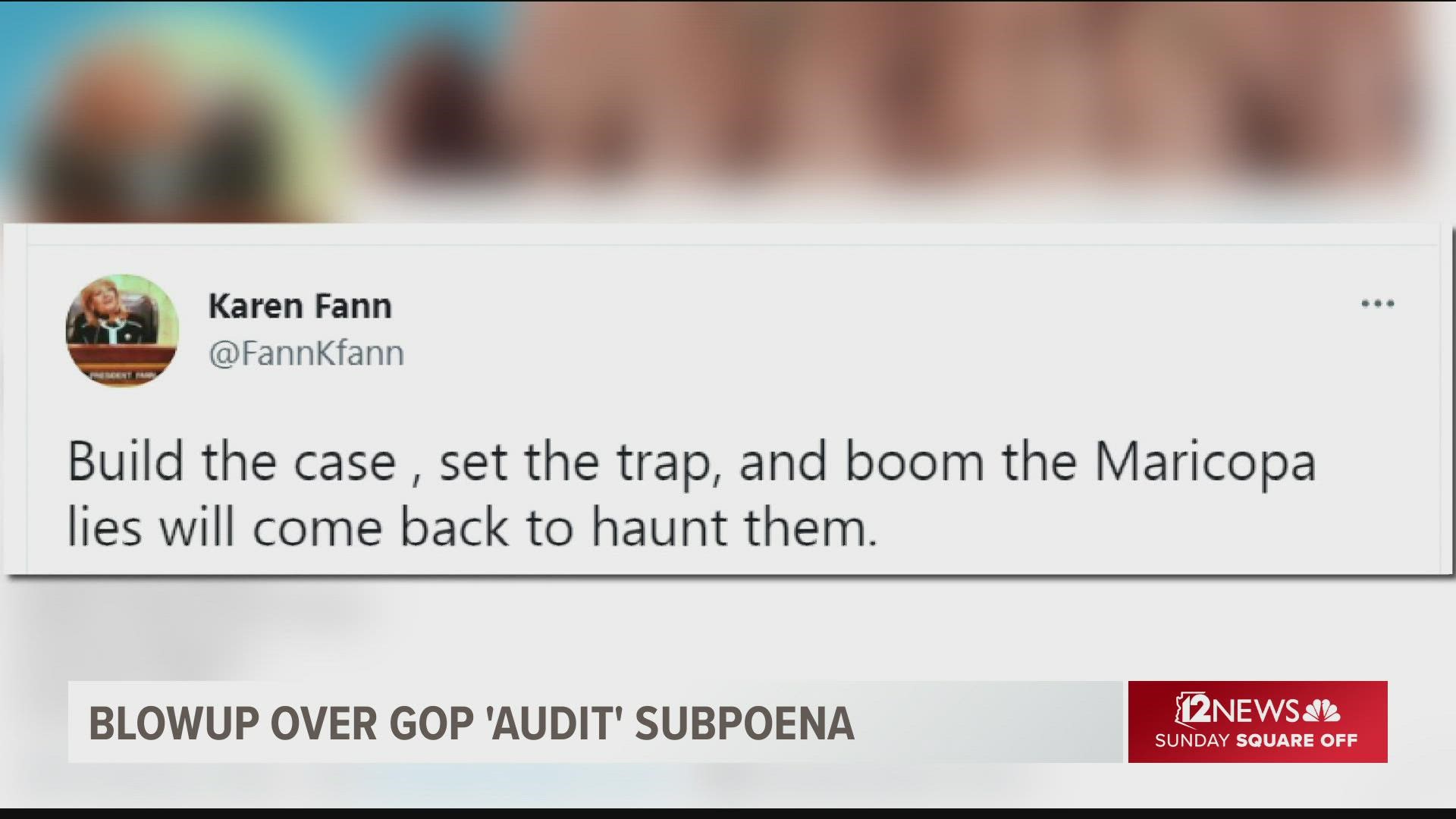