In an interview with Ellen DeGeneres, Booker says McCain called on him to be a "larger senator" when he first joined the Senate. 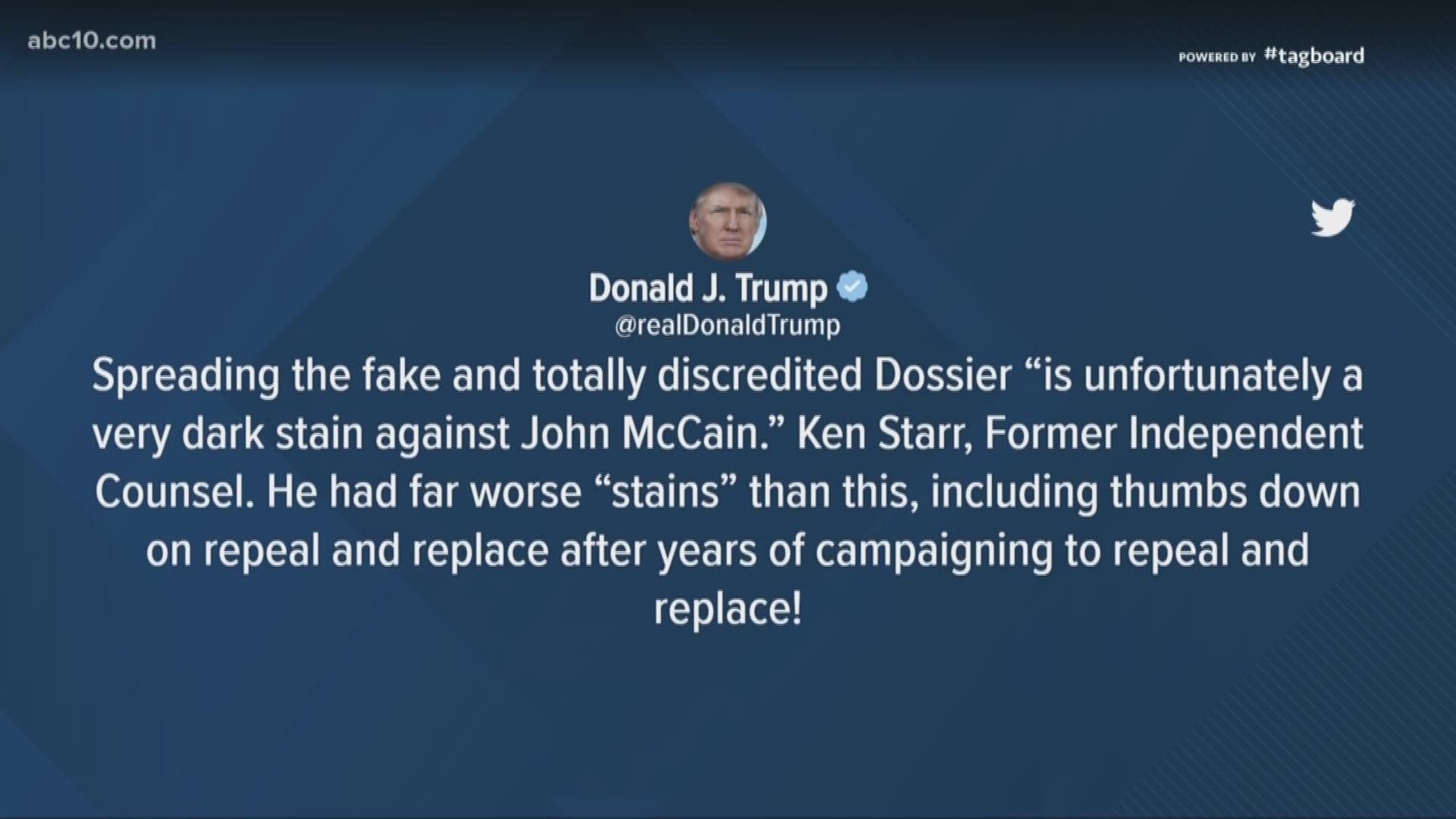 "I think you judge a leader but not how much they push people down but how much they lift people up, so those tweets to me were indicative of a serious problem," Booker said in an interview on DeGeneres' talk show Tuesday.

The Democrat, who has announced he's running for President in 2020, was referring to Trump's most recent denounces of McCain from his tweet calling McCain "last in his class" at Annapolis, to his comment to reporters Tuesday: "I was never a fan of John McCain, and I never will be."

To no surprise, Trump sparked a back-and-forth with "The View" co-host Meghan McCain who said Trump will never be a great man like her father was.

Booker seems to think similarly. He told DeGeneres the way Trump talks about a "war hero, who is dead now, to me, is...unacceptable."

WATCH BOOKER TALK ABOUT MCCAIN BELOW

Booker recalled when McCain called him into his office (a "museum to heroism," as Booker called it) when he first got to the Senate and gave him advice.

"He said, 'this Senate has too much particularistic smallness, I want you to be a larger senator. Be someone who sets a tone, sets an energy,'" Booker said. "It was just such a great talk."

RELATED: Who is running for president in 2020 so far?

McCain served as a Republican senator of Arizona for more than 30 years before he died last August after a yearlong battle with brain cancer. He and Trump had often quarreled, which Trump has continued to do seven months after his death.

Booker, a Democrat, said he remembers McCain as a model.

"I disagreed with him a lot but there was always a sweetness with him when you met him on the Senate floor," he said. "He could be tough with you but he was one of those guys that for me was a model of what can be."