The company, Wake TSI, was in charge of checking the county's two million ballots in the Arizona Senate GOP's recount of the 2020 election. 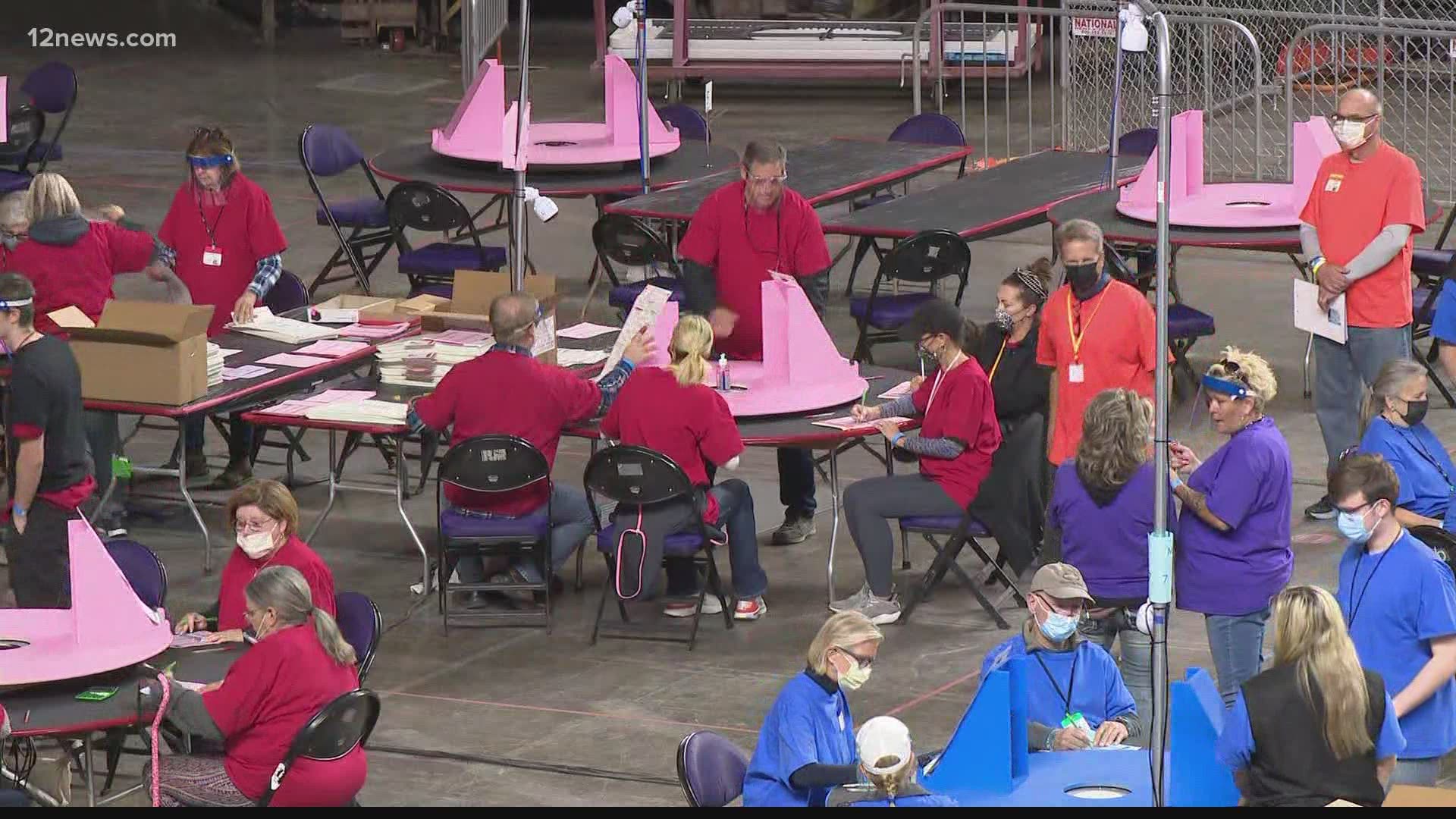 PHOENIX — The IT company that was in charge of running the hand-count of Maricopa County's ballots is no longer associated with the recount, according to Arizona State Senate President Karen Fann.

The company, Wake TSI, was the subcontractor working under the recount's main contractor, Cyber Ninjas. Wake TSI was responsible for developing the procedures for recounting the county's almost 2.1 million ballots.

"I was informed yesterday that their contract was completed and they weren’t needed any longer," Fann told 12 News.

Plans on how to replace the company and what happens next for the audit have not yet been confirmed or released to 12 News.

The news is the latest change in the unconventional audit being run by the state's Senate GOP members and comes after a recent demand made by county officials that hints towards possible litigation.

The chair of the Maricopa County Board of Supervisors is demanding that the leaders of the audit keep records of documents and evidence for potential legal action in the future.

“It is clear the Arizona Senate and its contractors do not intend to retract false allegations defaming the County and its employees,” Board Chairman and Republican Jack Sellers wrote in a letter.