What Cher would say to Trump: 'You’d have to turn off the cameras, because I have a mouth on me'

The pop icon campaigned in Phoenix for Joe Biden with a performance for volunteers and get-out-the-vote activities. 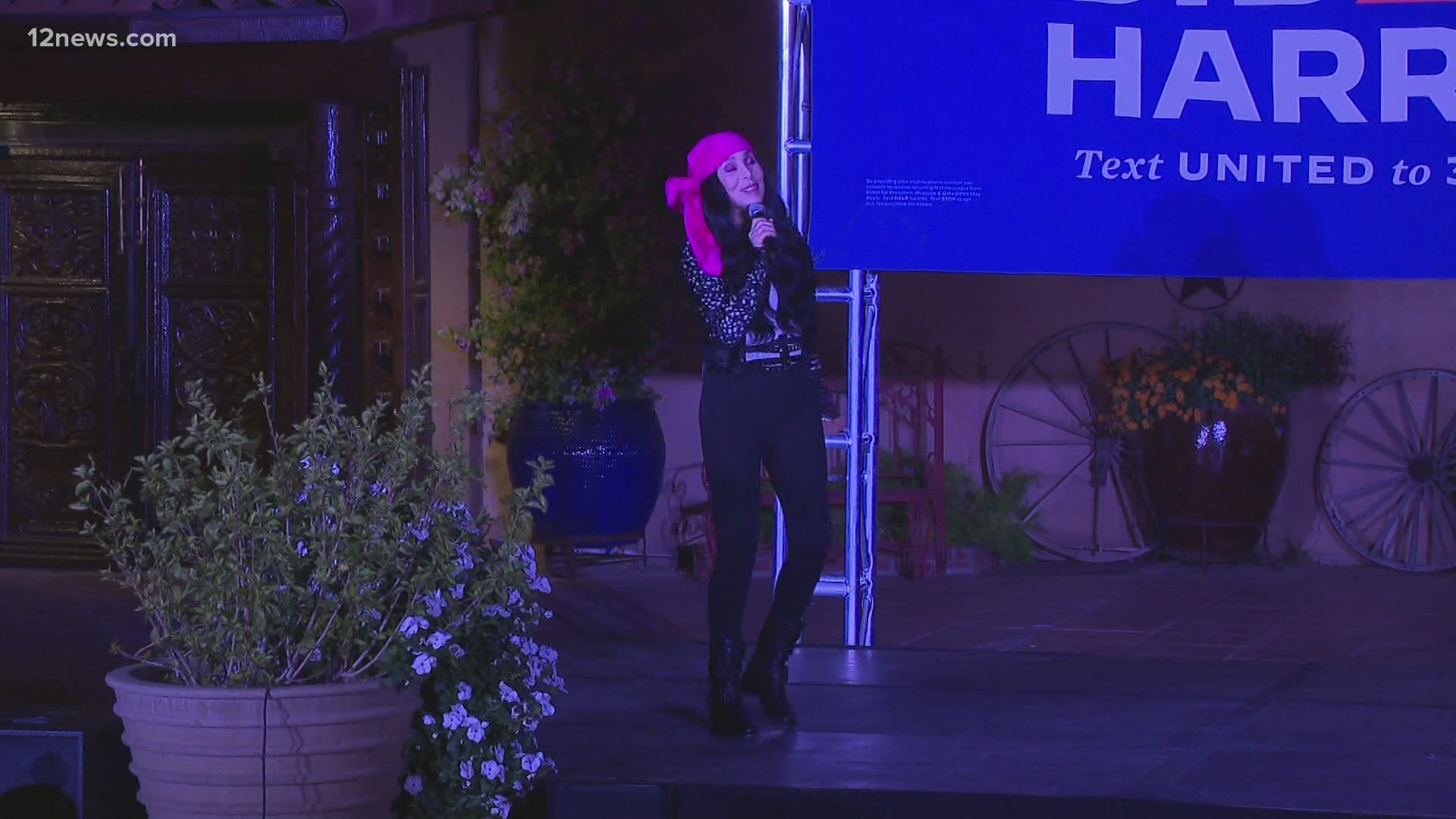 PHOENIX — Pop music icon Cher says no one can silence her expression of political views, but during her interview with 12 News on Sunday night, she silenced herself on the subject of President Donald Trump.

“Oh babe, you’d have to turn off the cameras, because I have a mouth on me."

Cher traveled to Arizona on Sunday evening for two days of campaigning in Phoenix for Democratic presidential nominee Joe Biden.

We chatted before she sang two of her hits - “Walking in Memphis” and “If I Could Turn Back Time” - to 50 Biden campaign volunteers at an outdoor venue in Laveen.

She was scheduled to join get-out-the-vote-events around Phoenix on Monday.

The 74-year-old singer and Oscar-winning actress traced her political activism to her late husband, musician Gregg Allman, who had ties to President Jimmy Carter.

Cher is the unintended star of a 2003 C-Span clip. She anonymously called in to talk about her visit with wounded soldiers. It slowly dawns on the host, after a series of questions, that it's Cher on the line.

In the final full week of the election, Arizona has come a magnet for both presidential campaigns as a swing state that could decide who wins the White House.

Trump has planned two stops in Arizona on Wednesday, as did Biden's running-mate Kamala Harris. 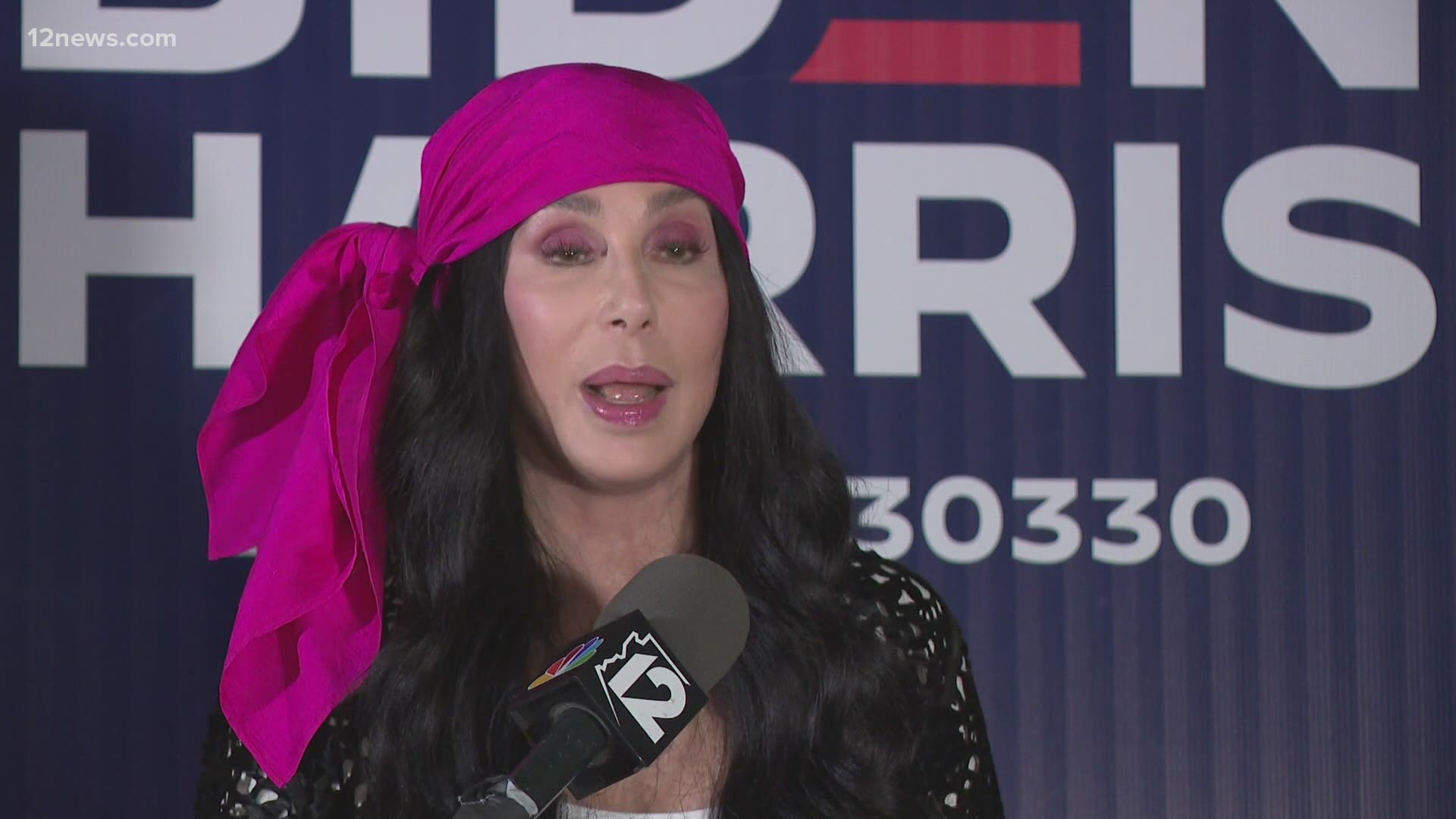