Former top prosecutor isn't recusing himself from this week's final decisions on ballot initiatives. An expert says his record raises questions about impartiality. 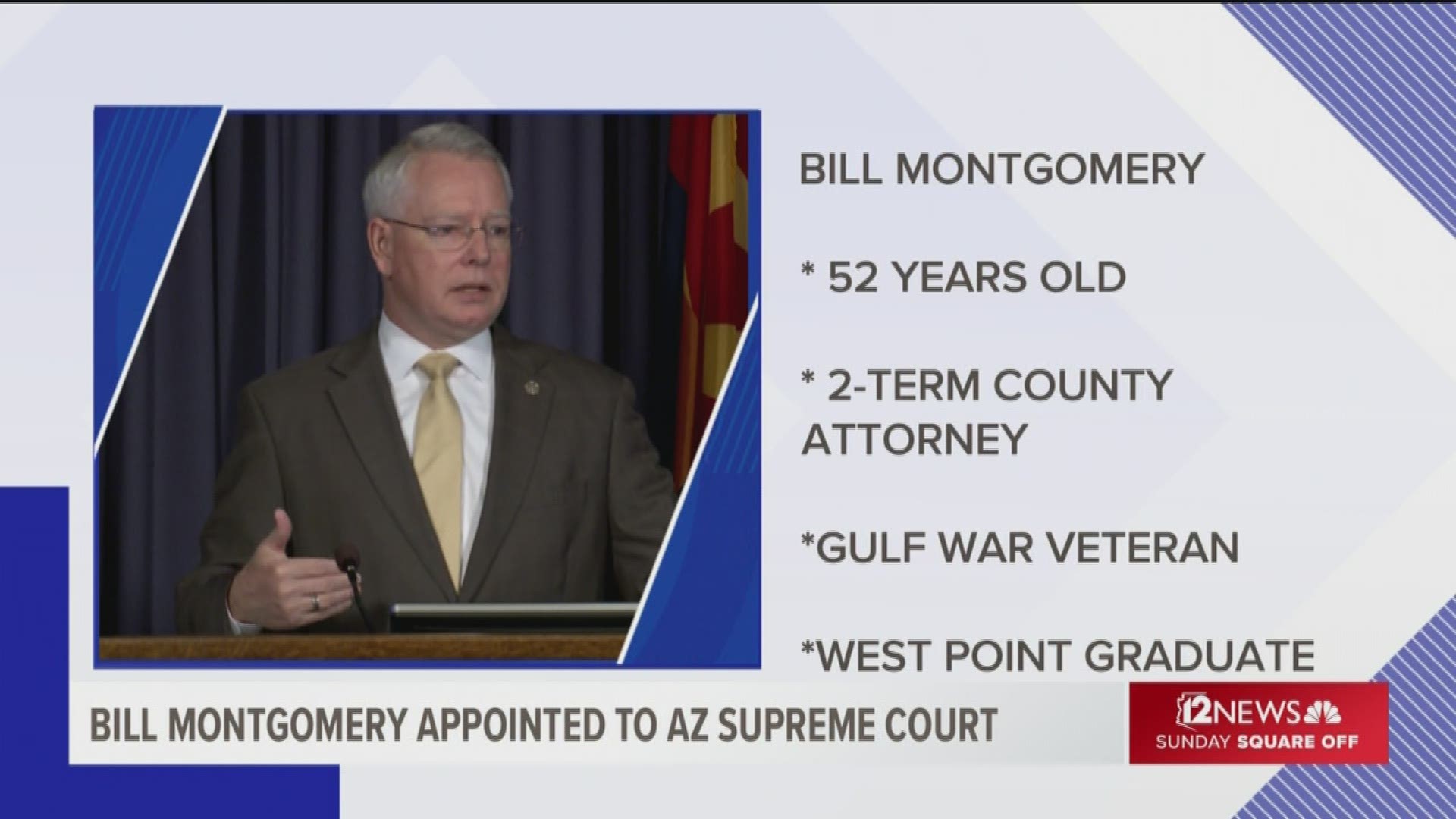 PHOENIX — Editor's note: The above video is from a Sept. 2019 edition of "Sunday Square Off."

When he was Maricopa County’s top prosecutor, Bill Montgomery was an unyielding opponent of legalizing recreational marijuana.

County Attorney Montgomery led the opposition to the 2016 ballot initiative on legalized marijuana. He spoke against it at debates and forums.

Montgomery joined a failed, last-ditch lawsuit to toss the initiative off the statewide ballot.

This week, Supreme Court Justice Bill Montgomery will rule on whether to boot the 2020 version of the marijuana initiative off the ballot.

Montgomery hasn’t recused himself from that case or another initiative challenge that also raises questions about whether he can be impartial.

“Justice Montgomery has not recused from reviewing any ballot initiative matters,” Aaron Nash, communications director for the high court, said via email.

“The issue on all the ballot initiatives before the court is whether they conform to the statutory requirements. Each justice determines whether to recuse from individual cases.”

The Phoenix attorney who helped write the state’s Code of Judicial Conduct says the code speaks to situations like Montgomery’s.

“If a reasonable person aware of all the pertinent facts would question the judge’s impartiality, the judge should recuse,” said Mark Harrison, an attorney at Osborn Maledon in Phoenix and an expert on judicial conduct.

“One could argue that given (Montgomery’s) prior public position on these issues, a reasonable person aware of that fact would question whether he could be impartial in deciding whether this should or shouldn’t stay on the ballot.”

The seven-member Supreme Court faces a Friday deadline for a final ruling on whether three initiatives can be placed on the November ballot:

- The Smart and Safe Arizona Act would legalize recreational marijuana. Opponents have appealed a lower court ruling that allowed it on the ballot.

- The Second Chances, Rehabilitation, and Public Safety Act would ask voters to overturn certain mandatory sentencing laws. It got the green light from a lower court but was appealed by opponents.

During his tenure as county attorney, Montgomery was widely viewed as a roadblock to criminal-justice reform at the state Legislature.

- The Invest In Education Act faces its second go-around at the Supreme Court. The initiative would raise a billion dollars a year for K-12 education by boosting income taxes on high wage earners.

In 2018, the high court booted the initiative off the ballot. This year, a lower court judge blocked it, but Invest In ed is appealing.

This isn’t the first time in his 11 months on the bench that Montgomery, the Maricopa County Attorney for seven years, has faced the question of whether to sit out a court case.

Questions about Montgomery’s impartiality surrounded his first interview for the high court bench, in March 2019.

As a prosecutor, Montgomery was relentless in pursuing cases against legal medical marijuana dispensaries and passionate in opposition to legalized recreational marijuana.

At a 2015 forum, Montgomery labeled a veteran who spoke up in favor of legal pot as “an enemy of the constitution.

Gov. Doug Ducey expanded the court from five to seven members in 2016, a year after he took office. Five of the seven justices are Ducey appointees. 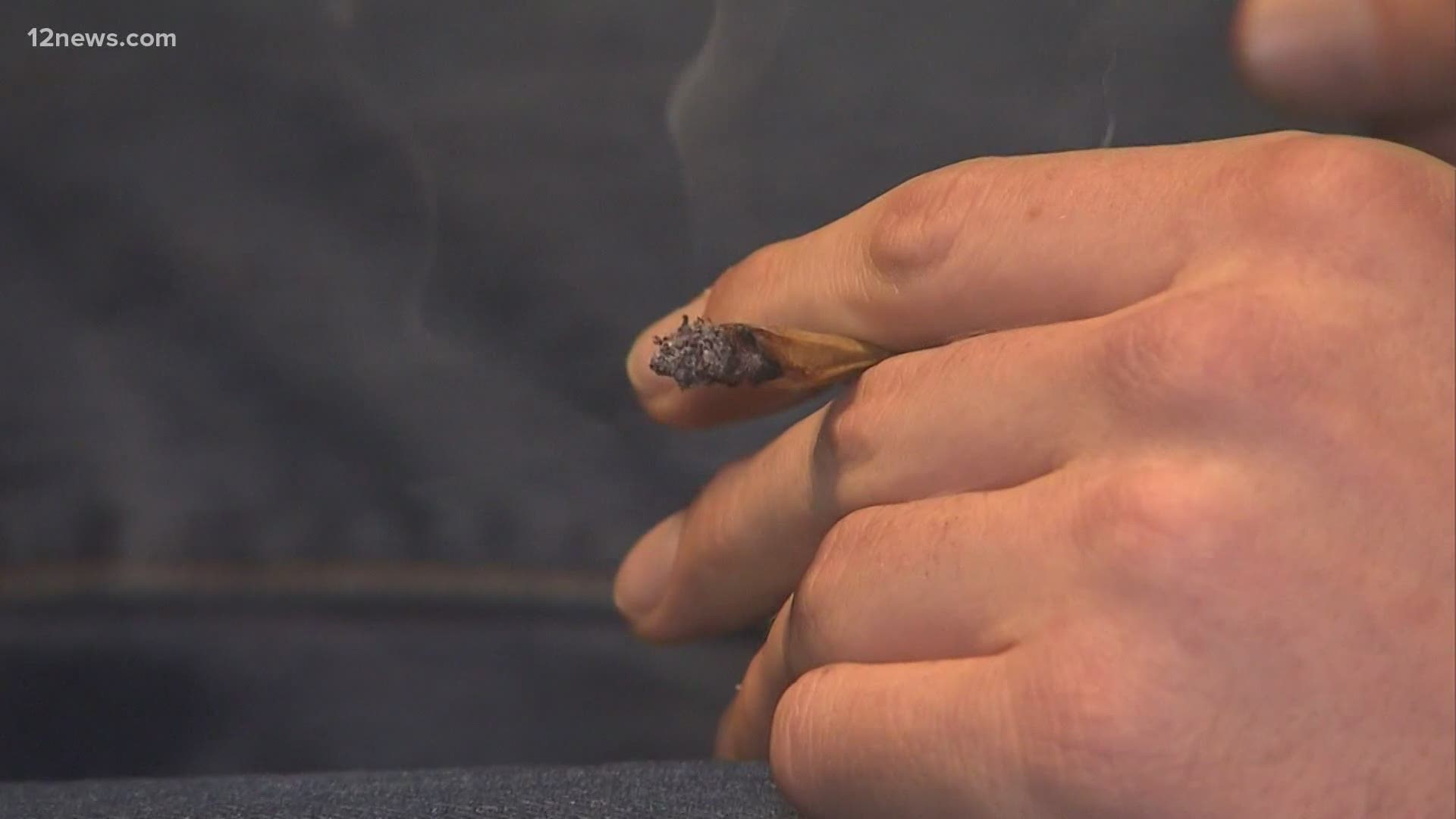