The massive bill calls for a facelift to the nation’s roads, bridges and railways. 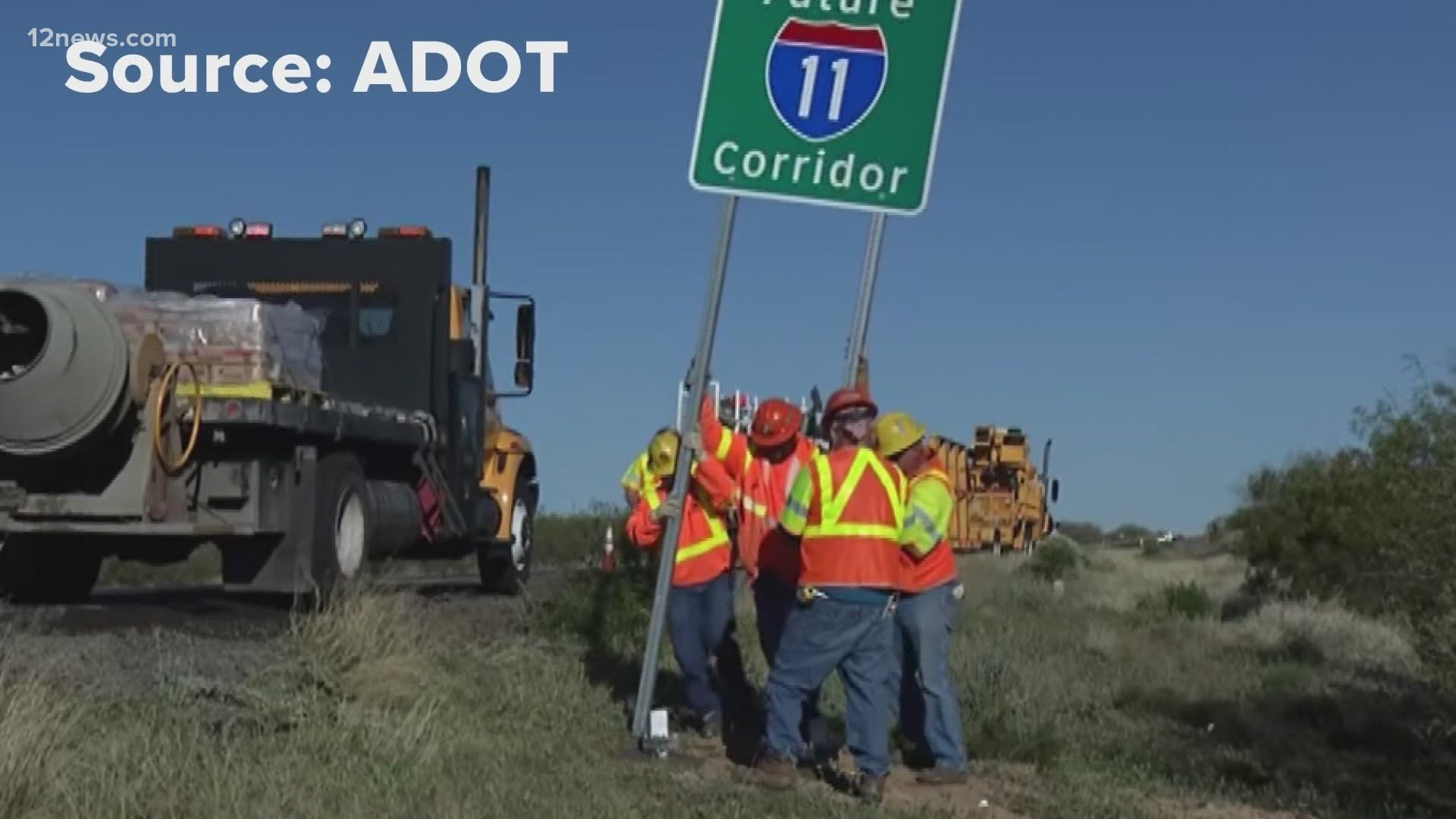 PHOENIX — President Joe Biden is expected to unveil a $2 trillion infrastructure plan to the American people on Wednesday.

The massive bill calls for a facelift to the nation’s roads, bridges and railways.

“These are historic times so a lot of big-dollar proposals are coming out,” said Nathan Pryor, Policy and Government Relations Director for the Maricopa Association of Governments.

Pryor says as a fast-growing region, the greater Phoenix area is a prime candidate for investment in the president’s proposed American Jobs Plan.

Extending the I-11 highway

One of the biggest proposals is to extend the I-11 highway from Phoenix to Southern Nevada.  Variations of the plan would connect Nogales to Wickenburg and then to Las Vegas. The extension would alleviate commercial traffic and make the road trip to Las Vegas a lot more convenient.

ADOT and key political players like Gov. Doug Ducey have touted the benefits of extending the I-11.

“I-11 is definitely part of our plan and an opportunity. But probably a little more longer-term opportunity,” Pryor said.

In the short term, Pryor’s team will lobby the Biden administration to allocate dollars to repair existing freeways like the I-17, the I-10 across the Gila River Indian Community, State Route 30 in the West Valley and State Route 24 in the East Valley.

Rail travel is also on the agenda, including a proposal to bring back passenger train service to Phoenix for the first time since the mid-’90s.

“We will continue watching that conversation. Clearly, the administration is placing a lot of emphasis on rail, intercity train, Amtrak included in that,” Pryor said.

Pryor would also like to see discussions about extending bus and light rail service in the Valley, as well as expanding pedestrian and bicycle paths.

Critics point to a corporate tax hike and pet projects not related to infrastructure as reasons the proposal should be changed or rejected.