New groups in Arizona emerge to go against Trump’s agenda when presidential elections are about six months away. 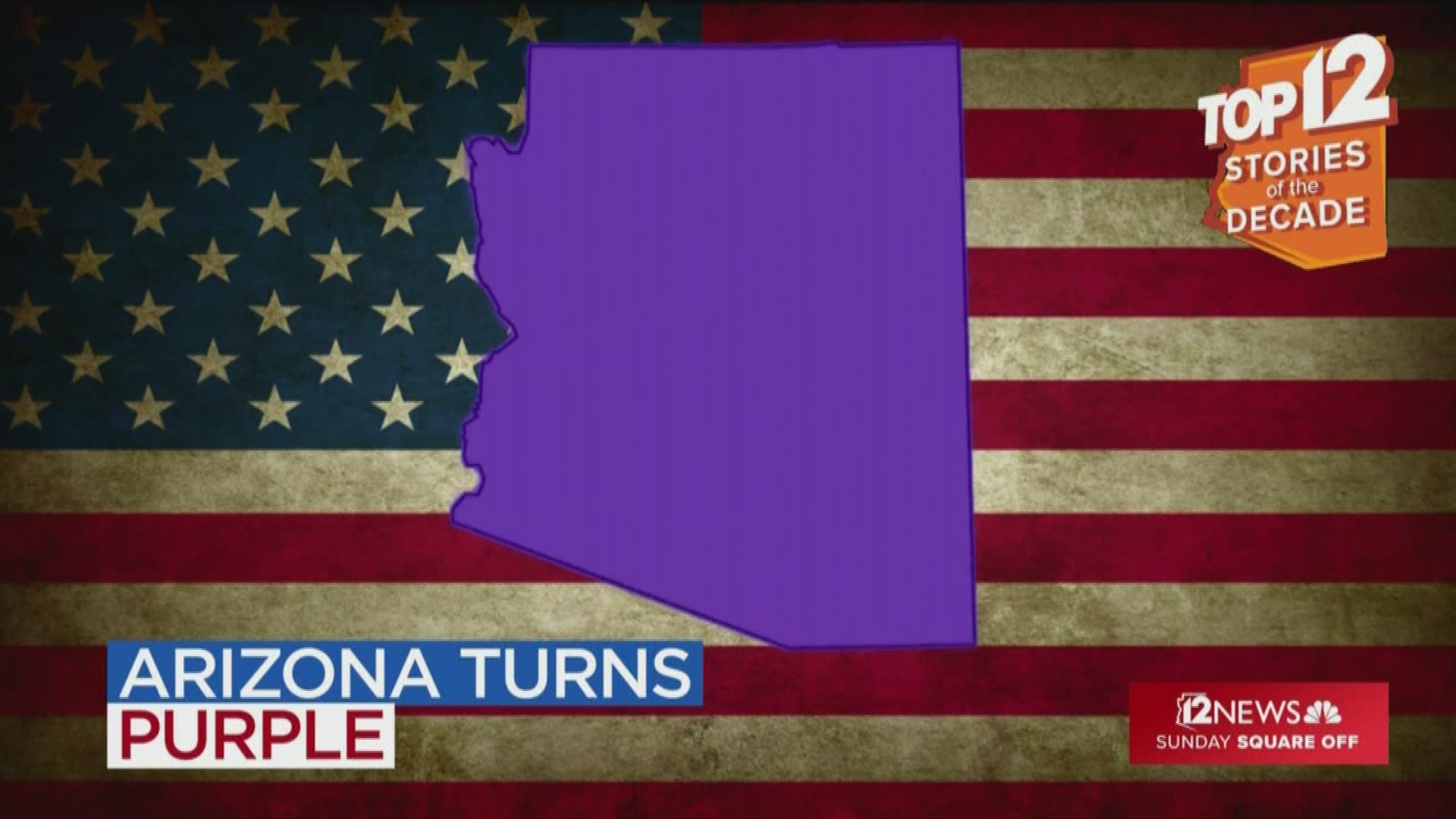 ARIZONA, USA — A large part of Donald Trump's presidential campaign was based on promises of building a wall at the U.S.-Mexico border and demonizing Latin American countries. Since his election, Trump has implemented strict immigration policies and indulged in what many feels is anti-immigration rhetoric.

Arizona is a long-time red state changing to a blue one, as the state's demographics shift. Among those shifts: an increase in independent voters and more Latinos eligible to vote. Which gives the president's border promises and immigration language an outsized impact here.

The 2020 Presidential election is predicted to be close in Arizona and may be decided by turnout. Every single vote may end up counting -- and a rising force like Latinos votes may be a difference-maker.

The Latino vote in Arizona could be about a quarter of the voters in the upcoming presidential elections. And both Democrats and Republicans are seeking to recruit and retain them through a variety of ways.

Arizona Ready wants to take the opportunity to ask the Latinos eligible to vote to participate in the November elections and together defeat Trump.

On the other hand, the Arizona Latino Republican Association is also targeting the Hispanics to support the president.

“ALRA is focused on identifying, recruiting and supporting Latino conservatives to serve in public office at a local and legislative level,” said Rey Torres, Director of Communications for ALRA.

Alex Steele, Campaign Director of the Arizona Ready says Arizona is important in the race and a key part in their plan to defeat the president.

“Our mission is to bring everyone together so progressives, Democrats, anyone who is tired of what has been seen for the last three years, anyone who is ready to defeat Trump’s agenda everyone is included in this organization, everybody we are bringing nice folks together to ultimately achieve this goal.”

Members of the ALRA host and support events throughout the Valley in support of Trump, but they say they focus on leadership.

"Although we encourage and participate in grassroots voter registration and GOTV efforts, our primary focus is leadership recruitment," said Torres.

It took decades for a Democratic candidate to win in the Senate. Sen. Kyrsten Sinema won in 2018, cementing Arizona as a battleground state.

Luis Ávila, organizer leader of Arizona Ready said Trump is not a leader for the Hispanic community.

"We know he's affecting our community in a horrible way, our undocumented community is not receiving benefits. He [Trump] keeps threatening our health system so people who are insured or even are U.S. citizens don't receive medical benefits. The way he's handling the [coronavirus] crisis proves once again that we need to get ready," said Ávila.

For Ávila, this is a moment of opportunity for Arizona.

“Look one thing that is fascinating to us, the truth is that it has amazed us is that Latinos in the 2016 and 2018 elections have voted in record numbers," Ávila said. "In 2018 for example, Latinos voted, they had participation as high as they did when they voted for the presidency. These are numbers we have never seen in the past.”

According to data from the Pew Research Center, a projected 32 million Latinos will be eligible to vote in the 2020 elections nationwide.

In Arizona, it is projected that more than one million Latinos will be eligible to vote, which would be equivalent to about 24 percent of the electorate.

There are doubts about the participation of Latinos during the election and the percentage that will go to the polls. During the 2016 elections, only about 13 percent of the eligible 26.7% Latino voters cast their votes according to Pew Research Center.

“People are slowly becoming aware. Of course, we cannot talk about the Latino community as a monolithic community; we are a diverse community, we have different thoughts, different perspectives”, Ávila reiterated.

And coming from a different perspective, Torres said the president's COVID-19 response and the economy rebound are good for Trump's reelection campaign.

Torres, as a Latino for Trump, said he hopes minorities in general, keep in mind how "beneficial' the "high performing economy" was before the pandemic when they go to the polls in November.

Arizona Ready aims to increase the voter turnout to be decisive against Trump’s agenda. The organization’s vision was inspired by state leaders like Regina Romero, Tucson’s Mayor, and Superintendent Kathy Hoffman.

“Well, nobody better than being able to bring the first Latina, the first Mayor of the City of Tucson, Regina Romero, who in addition to being a Mayor she has been a community organizer for more than 10 years, she has been working in the community very closely in the last decades. Also, Superintendent Kathy Hoffman, a woman who came out of the classroom to launch herself into a statewide position and who has shown that we all have leadership abilities,” said Ávila.

The organization is also calling the population to action.

"I give a very clear message to the community. There is no politician who fully covers the things we need. We always have to work to be able to have the things and the rights that we need and that we deserve, but that is community work. This November we have to vote for ourselves, for our families, and for our communities. We are going to have to register others to vote, we are going to have to make sure that we vote on time and in a safe manner," Ávila said.

Steele said information about their organization was available at AZREady.org where they report on events and activities weekly in almost every region of the country. Although he clarified that they have currently paused due to the COVID19 crisis, “but that hasn’t stopped us so if somebody wants to get involved they must certainly can and they should go to azready.org and go to the events page and they will see events happening across the country and in their communities."

If you are eligible to vote and wish to register or change, update your information or change your registration visit Service Arizona.