Ballots delivered for another audit, now what?

Almost 2.1 million ballots were dropped of at the Veteran Memorial Coliseum ahead of the Arizona Senate requested audit. 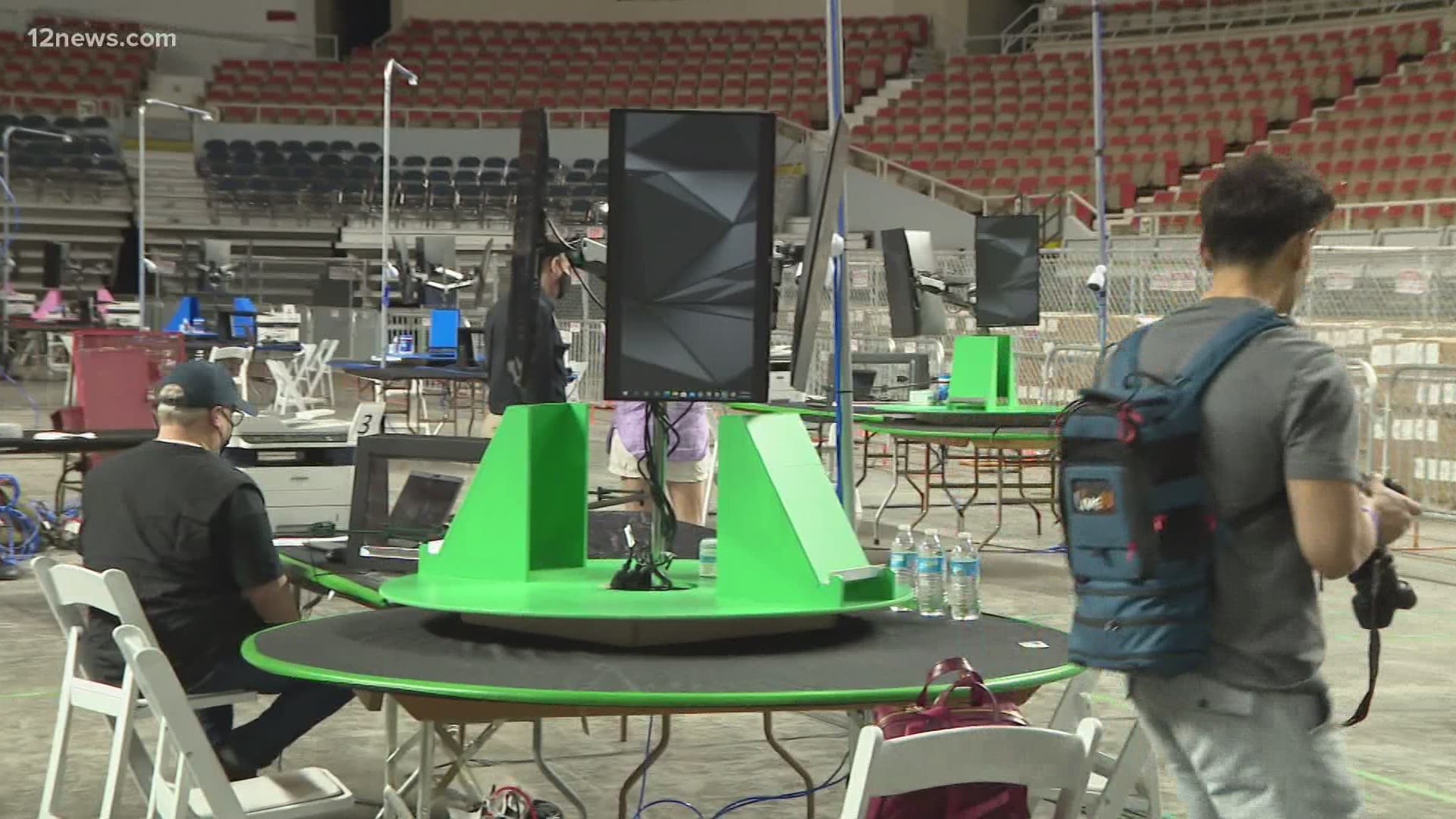 PHOENIX — They came by the truckload.

Box after box, filled with 2020 election ballots set to be recounted at the request of Arizona Senate Republicans.

It has been 170 days since the polls closed. Since then, there has been a multitude of audits and legal challenges, however, none of them revealed evidence of widespread voter fraud.

The Senate contracted the work to do the audit to multiple private companies, including Cyber Ninja. The hand recount is set to begin on Friday.

Arizona Democrats are suing to try and make sure the more than 40 pallets of ballots are never opened up.

In summary, the lawsuit argues that, under Arizona law and election procedures, the Arizona Senate cannot outsource the audit to third parties.

Saying in part, "The defendant's planned audit undermines the integrity and security of Arizona's elections and voter information."

Who is counting the votes?

A subcontractor called Wake Technologies has hired over 100 Arizonans to recount the vote.

The counters are from a selection of "trusted" professions according to Cyber Ninja CEO Doug Logan.

According to Logan, the counters will be made up of veterans, former law enforcement officers and retirees. Logan said the counters were checked on social media to see if they made any bias statements before being selected.

Logan said he does not know the political make up of the counters. It is unclear if each group reviewing the ballots would have a Democrat as part of the process.

Leaders of the audit admitted that they are short handed on Democrats. They blame the Arizona Democratic Party for discouraging participation.

The coliseum floor is set up with multiple tables. Each one will have a team of folks looking at the ballots.

The ballots will be scanned and put up on the screen in front of those who are reviewing the ballots.

The hard copy of the ballot will then be put on a rotating table for physical inspection by the counters and cameras will be able to see each vote as it is counted.

While cameras will record the ballots, they will not be made public at this time. Instead, a camera will show the general process that will be live streamed.

How long will the recount take?

Logan said they will know more Friday after the counting of votes begin. He hopes to have the more than 2 million votes counted in roughly 16 days. They will be recounting the U.S. Presidential and Senate races.

Completing the task in 16 days would require more than 125,000 votes to be counted per day.

Who is paying for the recount?

Logan admitted that his company would lose money if they conducted the audit at that price. Instead he admitted he is recieving private funding.

When asked who those private funding sources were, Logan said, "I don't know."

When asked how much in additional funds outside groups have raised, Logan said, "I don't know."

A lead fundraiser for the effort has been Christina Bobb, who works for One America News Network.

Bobb fronted a report on the “Arizona Heist,” and is a former Trump Administration employee. She tweeted last week that she was on to a second round of fund-raising after the first round yielded $150,000.