Kavanagh's comments come as several bills have advanced in the Arizona House and Senate that would make it more difficult to vote. 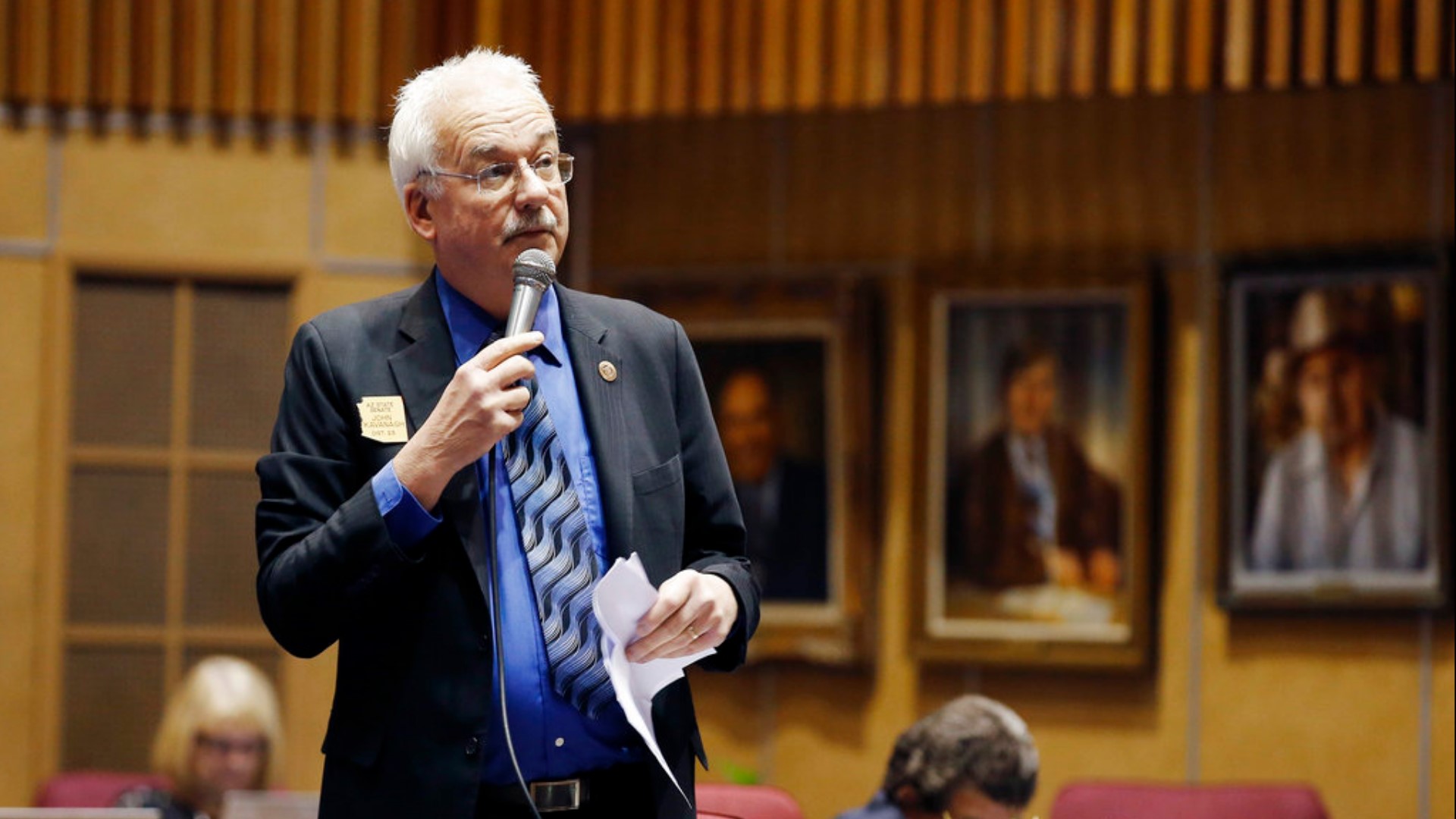 PHOENIX — Arizona State Representative John Kavanagh of Fountain Hills is getting national attention for comments he made about who should be voting in Arizona elections.

Speaking to CNN, Kavanagh described why he supports more requirements for voting in elections:

"There's a fundamental difference between Democrats and Republicans," Kavanagh said. "Democrats value as many people as possible voting, and they're willing to risk fraud. Republicans are more concerned about fraud, so we don't mind putting security measures in that won't let everybody vote -- but everybody shouldn't be voting."

He pointed to Democrats' emphasis on registering voters and pursuing those who have not returned ballots -- tactics that Republicans have successfully implemented in other swing states -- and said doing so means that "you can greatly influence the outcome of the election if one side pays people to actively and aggressively go out and retrieve those ballots."

"Not everybody wants to vote, and if somebody is uninterested in voting, that probably means that they're totally uninformed on the issues," Kavanagh said. "Quantity is important, but we have to look at the quality of votes, as well." - CNN

Kavanagh, a veteran lawmaker, is the chair of the House Government and Elections committee. His comments come as several bills have advanced in the Arizona House and Senate that would make it more difficult to vote.

As noted by Phoenix radio station KJZZ, left-leaning columnist Julie Erfle of The Arizona Mirror told the radio station, “Maybe we should be talking about the quality of our legislators.”

Let's be clear: By "quality of votes", he means making sure that minorities can't vote

Kavanagh’s comments were framed in-part in discussions about voter fraud. But the lawmaker also brought up the idea that somebody “totally uninformed on the issues” presents a problem.

Kavanagh tells 12 News that when he said “everybody shouldn’t be voting” he was only referring to fraudulent voters. Kavanagh also says when he referred to “quality of votes” he was referring to ensuring only voters who want to register to vote get registered.

Kavanagh alleges his words were twisted to suggest he supports voter suppression tactics.

Kavanagh says he supports many of the voter measures being considered because scrutiny during the last election exposed issues.

“There are problems that popped up that aren’t major conspiracies but they show problems with the system that need correction,” Kavanagh said.

When asked if he supports the legitimacy of the U.S. presidential election, Kavanagh said he does not believe there were any “irregularities” significant enough in Arizona to make a difference in the outcome.

“Everyone should be alarmed. It’s a belief system that is fueling efforts to make it harder for people to vote and specifically for people of color to make sure their voices are heard in their democracy too,” Salman said.

The State Senate is considering a bill that would narrow the window for early voting. That time frame would begin five days later and mail-in ballots would need to be postmarked the Thursday before election day. Currently, ballots need to arrive at the post office before or on election day.

Another bill would drop voters from the permanent voting list who have not voted in two consecutive election cycles.

The State Senate approved a bill earlier this week that would require a copy of identification with mail-in ballots. The current system uses signature matching to verify the voter’s identification.

Lawmakers even considered a bill that would allow the state legislature to overturn election results. That bill failed to advance but could still be revived before the session is out.