Stringer now faces expulsion over racist statements and sex charges. But two years ago, he passed a DPS background check that showed no criminal record. 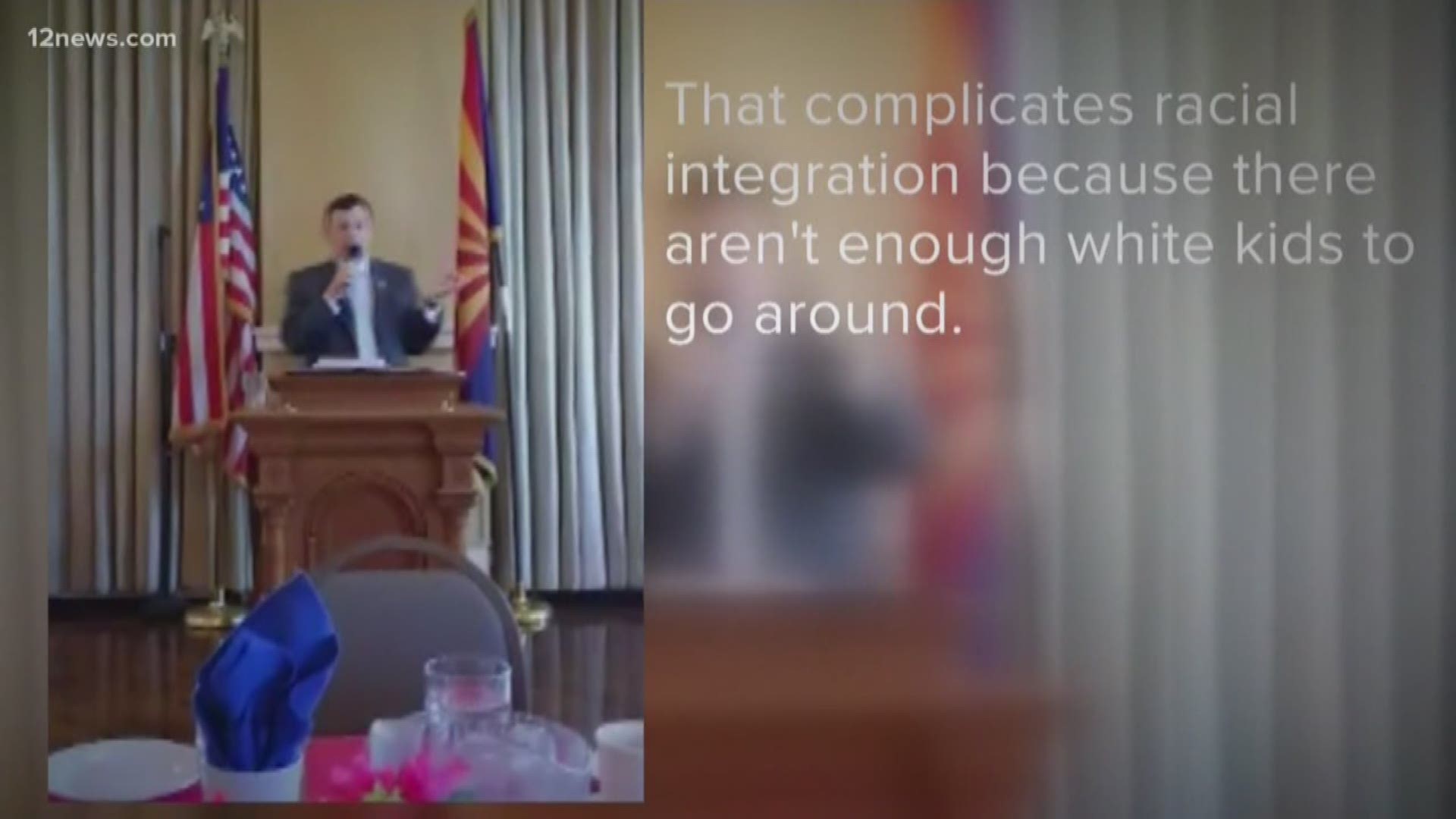 Two years before the discovery that he had been charged in the past with sex offenses including child pornography, Republican State Rep. David Stringer was cleared by the Arizona Department of Public Safety to teach in state schools.

In February 2017, Stringer received a fingerprint clearance card from DPS in order to teach at a charter school and seek state Department of Education certification, according to the completed application, obtained by 12 News through a public records request.

The application shows that a search of the FBI national database and state records turned up no criminal history for Stringer.

The Phoenix New Times reported in January that Stringer was charged with multiple sex offenses, including child pornography, in Maryland in 1983. In 1990, the New Times reported, Stringer's court record was expunged.

This is the second instance in which Stringer passed an Arizona background check for a professional certification.

He was admitted to the State Bar of Arizona in 2004 after filling out an extensive disclosure form that asks about an applicant's criminal history.

The 71-year-old Prescott lawmaker now faces possible expulsion from the Arizona House of Representatives for his racist statements last year and the more recent disclosures of the sex-offense charges.

The House Ethics Committee has hired outside investigators to look into two ethics complaints filed by members against Stringer. The committee chairman anticipates a final report from investigators by the end of March.

Stringer did not respond to several requests for comment from 12 News.

Stringer made national headlines a year ago when he told a Yavapai County Republican Men's Forum "there aren't enough white kids to go around" in Arizona public schools.

At a news conference a few weeks later, Stringer struggled to answer a question about whether he was a white nationalist.

Later in the year, there were more recordings of racist statements by Stringer to university students: "African-Americans and other racial groups don't … blend in" after coming to the United States and they "always look different," unlike European immigrants.

As a result of the controversy, Stringer has been banned from the largest school district in his legislative district.

"Viewed in the best light, these comments can be understood as incredibly insensitive, but a plain reading reveals blatant racism," the Humboldt Unified School District superintendent said in a letter to parents last December.

A spokesman for the Arizona Department of Education tells 12 News there is no record of Stringer applying for teacher certification.

12 News is not aware of any school where Stringer has taught. Teacher certification is not required for charter school instructors.

An Arizona State University spokeswoman confirms that Stringer received a Master of Arts degree in curriculum and instruction in the fall of 2018.

On a biography on his campaign web page, Stringer said: "I am finishing a Master's Degree in teaching English as a Second Language to Arizona's large non-English speaking population."