Arpaio loses to Penzone in race for Maricopa Co. sheriff

Joe Arpaio has lost his attempt for a seventh term as sheriff of Maricopa County. 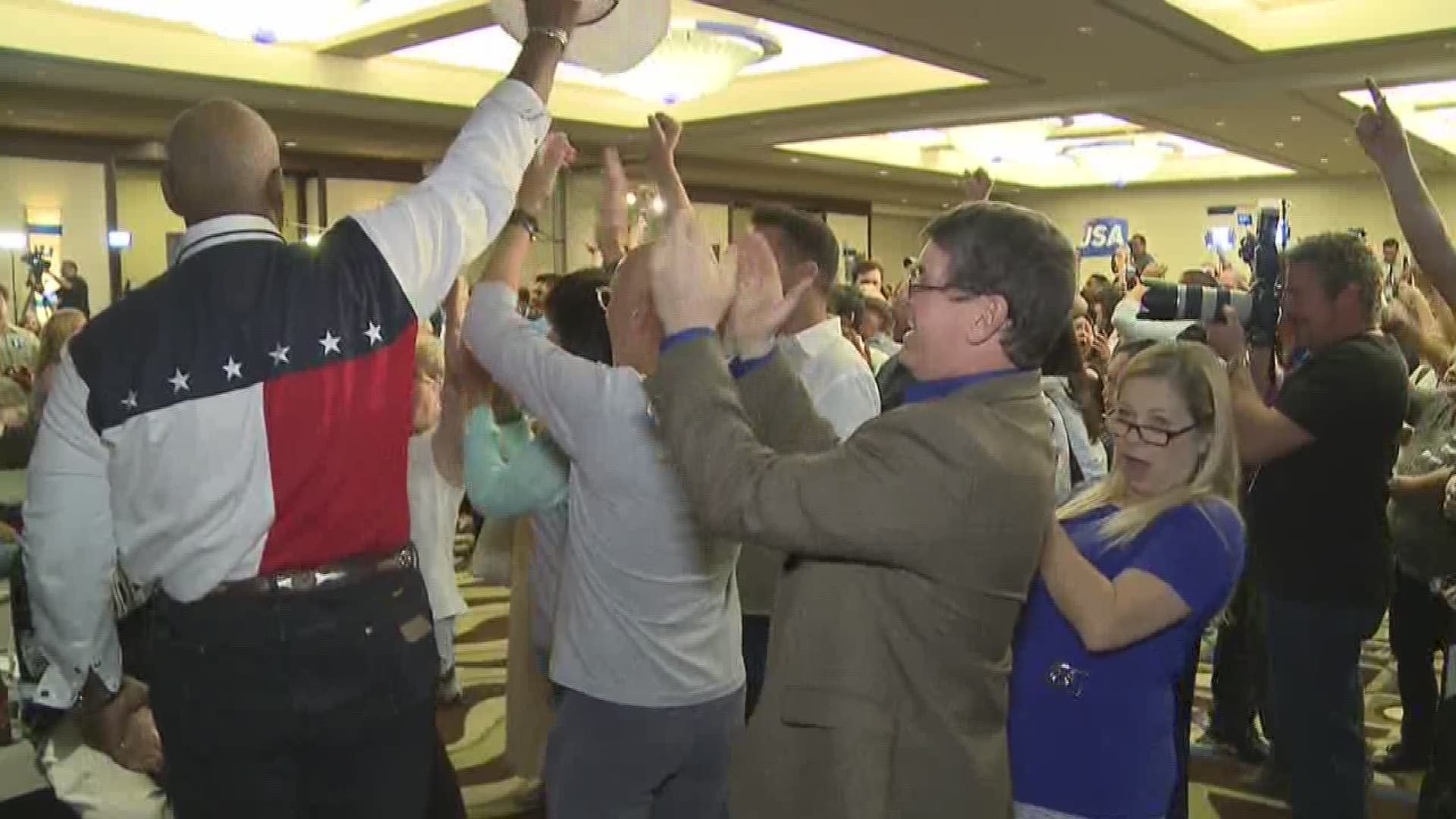 PHOENIX - Joe Arpaio has lost his attempt for a seventh term as sheriff of Maricopa County, according to the Associated Press.

The latest election results Tuesday night showed Democrat challenger Paul Penzone leading with 55 percent of the vote to Arpaio's 45 percent. The percentage difference is considered too wide a margin for Arpaio to make up.

The colorful and often controversial 84-year-old sheriff faced mounting odds after being criminally charged with contempt of court last month. The charge represented the culmination of seven years of resistance in court by Arpaio in the Melendres civil rights lawsuit against the sheriff’s office.

Arpaio lost the lawsuit in 2013 and has been under court order to implement a series of reforms to his office.

Since garnering 67 percent of the vote in 2000, Arpaio’s support in general elections has deteriorated. In 2012, Arpaio garnered just over 50% of the vote in a three-way race.

Although popular with a wide base of conservative voters, Arpaio has been responsible for several controversial chapters of the Maricopa County Sheriff’s Office. Over the past 15 years there were large-sum lawsuits by inmates, a $100 million misallocation of county funds, failed prosecutions of politicians and judges and the mishandling of 400 sex crime cases – many involving children.

Arpaio is scheduled to begin his criminal contempt trial on December 6th. He faces the possibility of spending up to six months in jail if found guilty.

"It has been an honor and a privilege to serve the people as Sheriff of Maricopa County for the last 24 years.

"Tonight, the people have spoken. And while Ava and I are disappointed in the results we respect their decision.

"We want to congratulate Paul Penzone on his victory and look forward to working with him on a seamless transition.

"My thanks and appreciation to the people of Maricopa County for the faith and trust they put in me over the years.

"I am also tremendously grateful for the hard work and dedication of every employee of my office. Their selfless and tireless dedication in protecting and serving the people is to be greatly admired."