Joe Arpaio filed nearly 10,000 signatures to qualify for the election for his former office.

PHOENIX — Joe Arpaio is once again in the running for Maricopa County Sheriff.

Before Arpaio was voted out of office and replaced with Paul Penzone in 2016, Arpaio was the Maricopa County Sheriff for 24 years.

Despite his popularity with a base of conservative voters, Arpaio has been a controversial figure. The former lawman was convicted of criminal contempt in a case related to racial profiling in 2017.

President Donald Trump issued a presidential pardon relieving him of any punishment for the guilty verdict. Arpaio had faced up to six months in jail.

Arpaio lost a bid to erase the criminal conviction from his record in February.

During Arpaio's last 15 years in office, there were also large-sum lawsuits by inmates, a $100 million misallocation of county funds, failed prosecutions of politicians and judges and the mishandling of 400 sex crime cases – many involving children.

In 2018, Arpaio ran for Jeff Flake's seat in the U.S. Senate, but he lost the Republican Party primary to Martha McSally, who lost in the general election to Kyrsten Sinema.

Arpaio announced in August that he would be running for the sheriff's office again.

Arpaio's second in command during his last six years in office, Jerry Sheridan, also announced that he would challenge Paul Penzone in the 2020 Maricopa County Sheriff's race.

Sheridan has also filed the required amount of signatures.

RELATED: Sheriff Penzone goes on the record for the first time since Arpaio announced he's running for sheriff 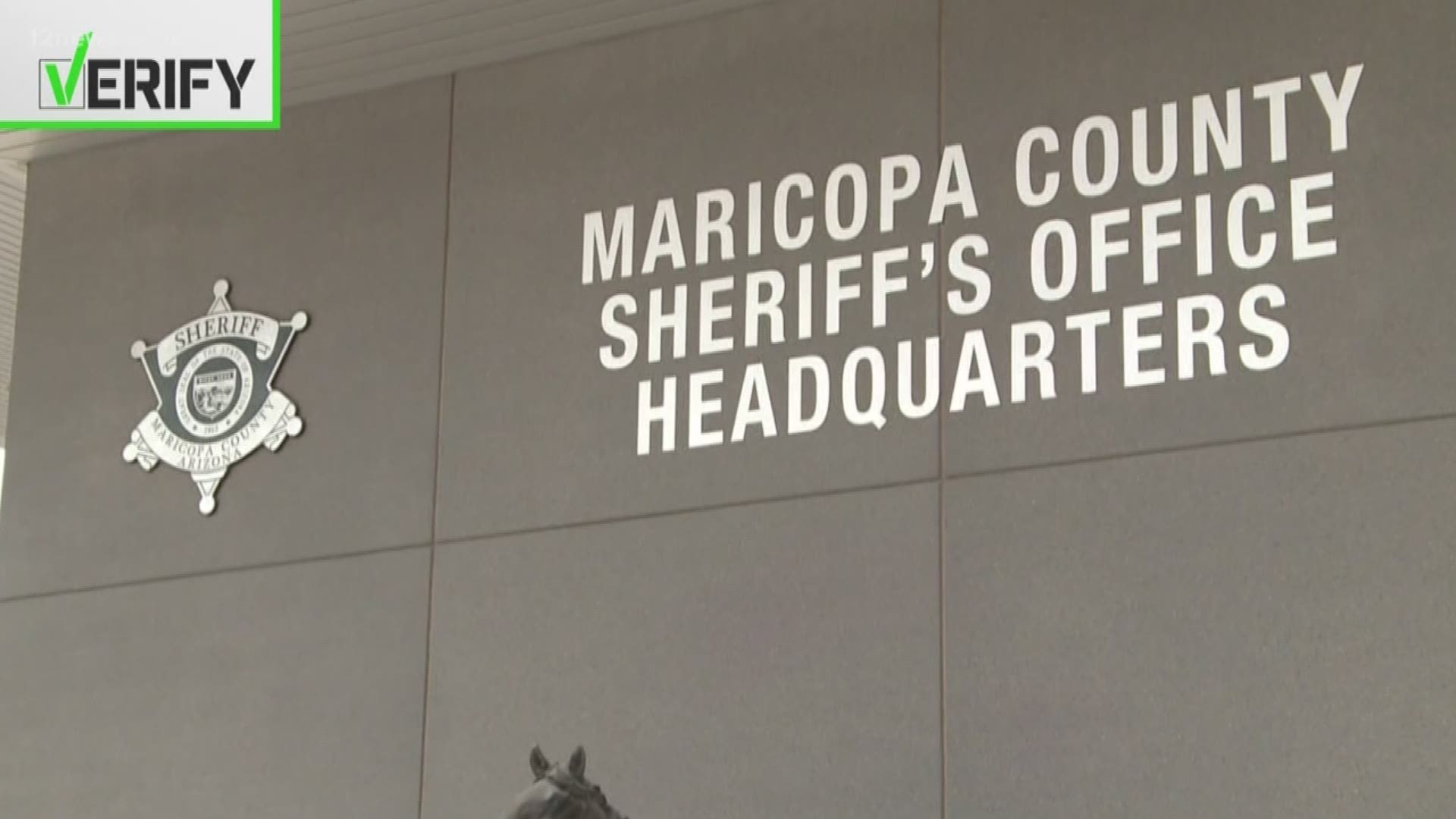