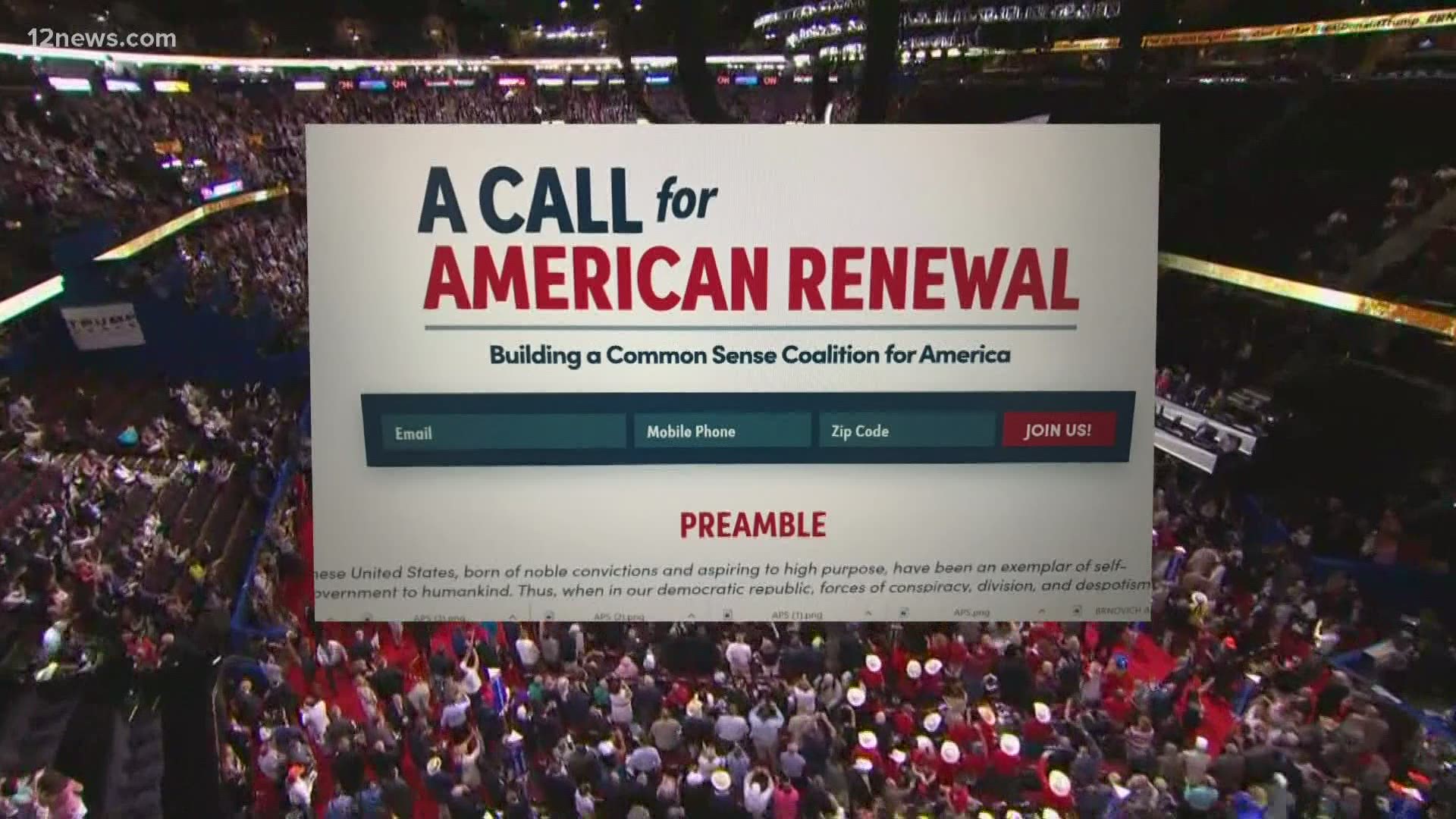 PHOENIX — The refusal by some Republicans to accept the outcome of the 2020 election is further splintering the GOP.

On Thursday, 150 prominent Republicans from around the country signed a manifesto declaring a new mission dedicated to “the rebirth of the American cause.”

Billed as “a new political movement” for Republicans, its signers are former governors, Trump administration officials, and Congress members.

“The people who signed onto that manifesto really believe in the concept of the Republican Party but the party has really strayed from those things,” said former Republican Congressman Jim Kolbe of southern Arizona.

“The party has become an offshoot of the Trump cult. It started before that with the Tea Party movement, but he made the cult revolve around one person.”

The manifesto warns about “forces of conspiracy, division, and despotism” and declares “a rebirth of the American cause” with values that include “opposing disenfranchisement of voters”, “condemn(ing) all forms of bigotry… and intolerance” and “opposing … fear-mongering, conspiracism, and falsehoods.”

Kolbe says the biggest falsehood is the idea the election was stolen.

“With the way Trump behaved on the way out (of office), we all feel it’s time to take a stand,” said Worsely, a moderate who has been a voice against extremist elements of the party since 2012.

Worsely compared the “American Renewal” movement to how the tea party grew, “but on the other side” of the spectrum, said Worsely.

The manifesto is also in response to House Republicans Wednesday removing Rep. Liz Cheney of Wyoming as conference chair, retaliation for her criticism of Trump and his continued false claims of a stolen election.

“The trend of isolationism, the trend of demonizing our allies and cozying up to dictators, that was adverse to our national security interests and almost a clear and present danger to our survival as a nation,” Rozensweig said.