According to court filings, CBP apprehended 210,000 people trying to cross the border in July. 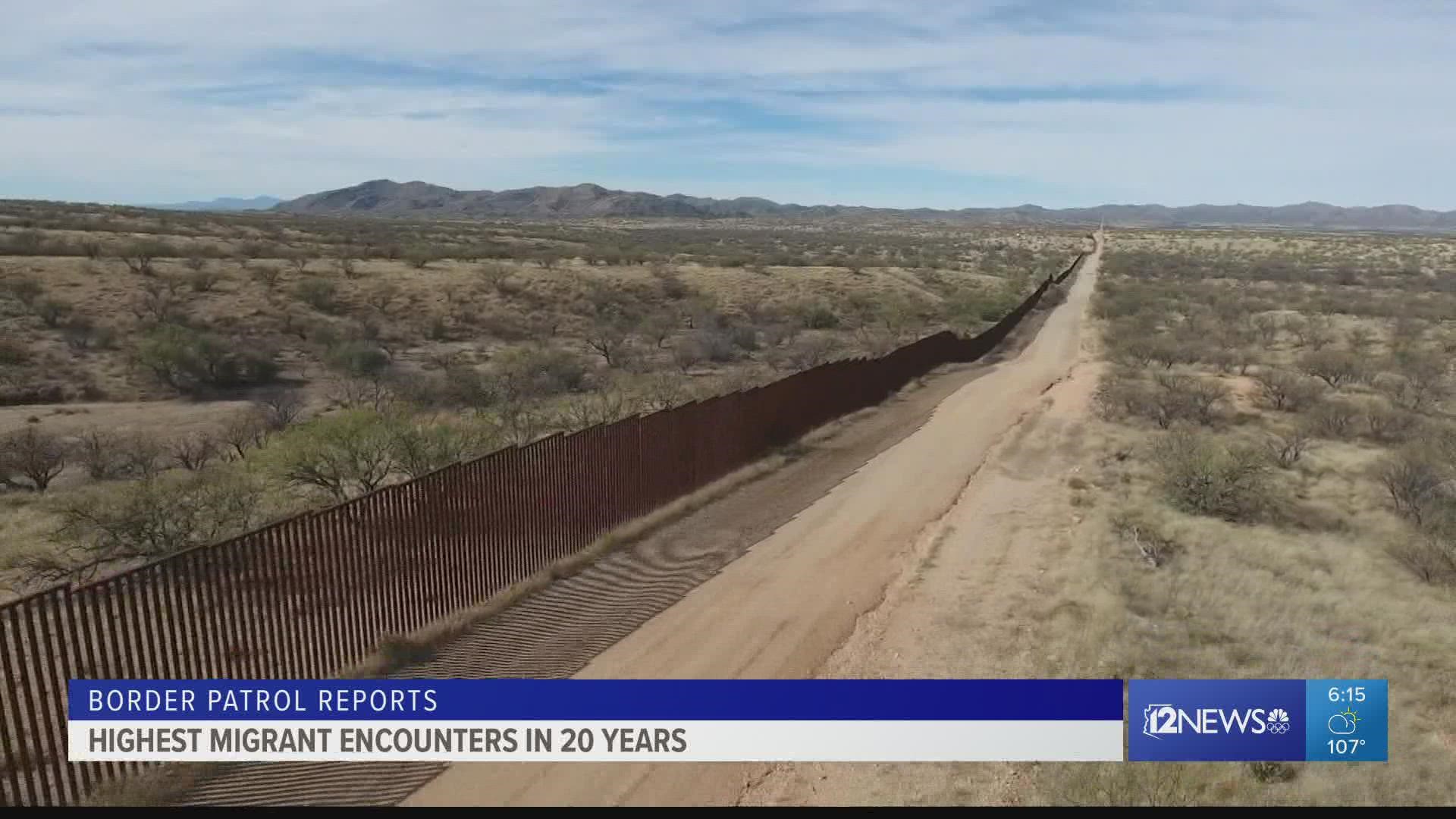 David Shahoulian, Assistant Secretary for Border and Immigration Policy at the U.S. Department for Homeland Security, provided the numbers in a court filing Monday.

Shahoulian said the numbers were the highest since the fiscal year of 2000.

The 210,000 number could be skewed, however. CBP said some people try to cross the border multiple times. And each time they attempt to, they are counted in the total encounters.

Molina believes the numbers show a backlog of people that have been waiting to cross the border.

RELATED: No, more migrants have not died during Biden’s first 6 months than Trump’s 4 years in office

Title 42 is a policy enacted under the Trump administration that allows CBP to send migrants back because of COVID-19.

The policy was just extended by the Biden administration again this week.

“We’re seeing a higher concentration of people who are taking more desperate measures and in a time that is particularly lethal here in the desert,” Molina said.

Molina said people may try to cross at a port of entry but are denied because of the restrictions, and then they try and cross in other places.

On Thursday, CBP apprehended 85 migrants, 35 of them children, who crossed the border outside of Yuma.

“Part of what we see when people are being hurt, injured and even dying in the desert is that that these instances are happening further from the towns and roads and closer to the international line. So, it’s people trying to avoid detection,” Molina said.

Parts of the border impacted more than others

The court filing submitted by Shahoulian said sectors out of Texas are seeing disproportionally more migrants trying to cross there than other areas of the border.

Now, some migrants are being brought to Tucson from Texas and Yuma for processing.

In a statement to 12 News CBP acknowledged the ‘significant increase’ in encounters Border Patrol agents are having with migrants trying to cross into the United States and said sometimes migrants are moved to a different sector as necessary.

“The operational need for these sector-to-sector transfers is assessed daily based on the processing capability and facility capacity of each sector and not by external influences,” part of the statement reads.

The statement goes on to say CBP is trying to work in CDC guidelines.

“Once processing is complete, these individuals will be expeditiously transferred out of CBP custody,” the statement said