Treasurer Kimberly Yee campaigned heavily for President Donald Trump in the months leading up to the election. 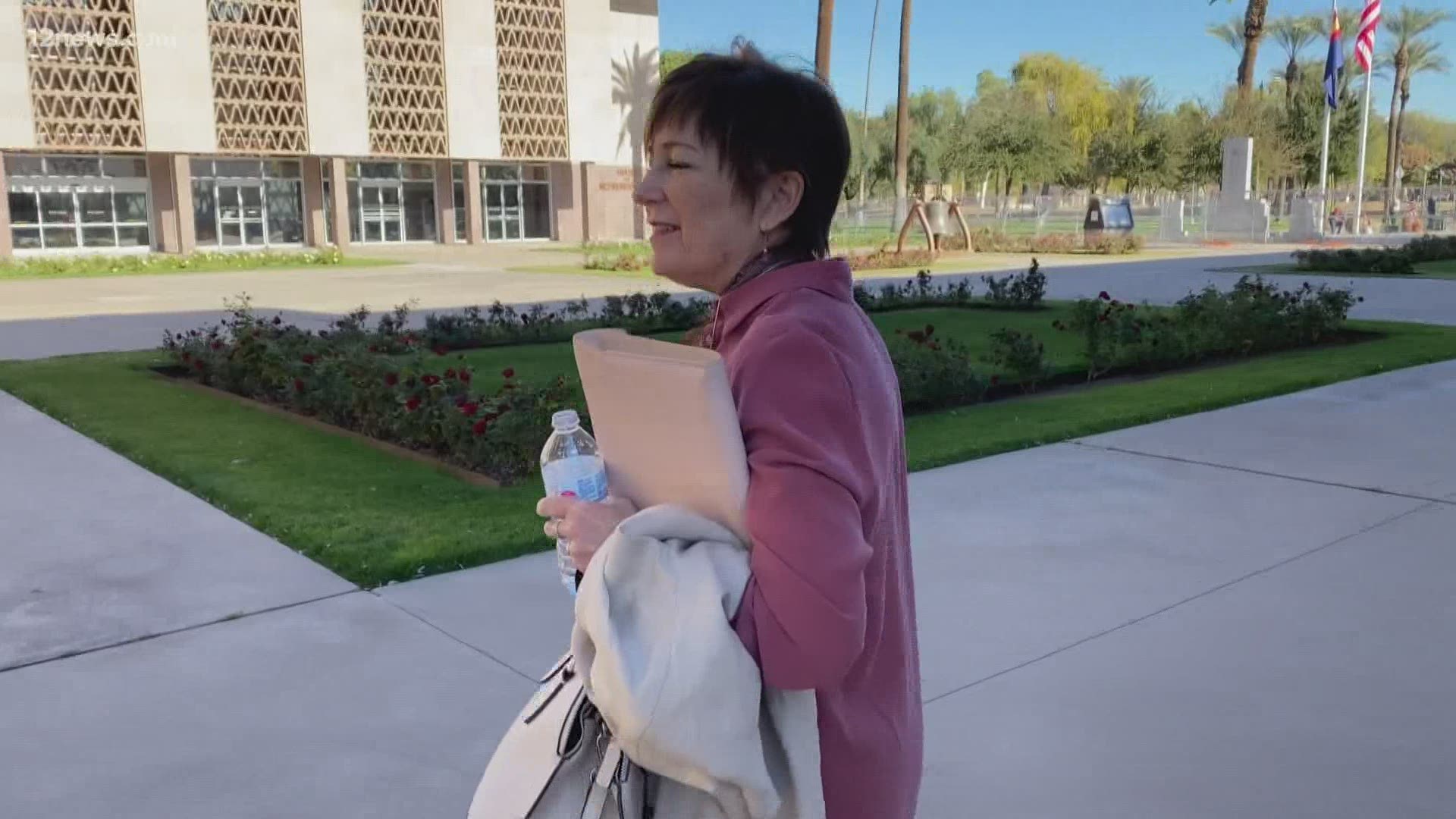 PHOENIX — Arizona State Treasurer Kimberly Yee has yet to publicly discuss the presidential election results in Arizona or the U.S.

Yee is the state’s third-highest ranking Republican. She campaigned heavily for President Donald Trump in the months leading up to the election.

On Tuesday, 12 News requested comment from several elected Republican officials, given the fallout from last week’s riot and ongoing false claims the election was “stolen.”

Arizona State Senate President Karen Fann declined to answer three times whether or not she supported the election results. A 12 News reporter attempted to ask Fann her opinion while she exited the capitol’s senate building Tuesday.

Instead, Fann repeatedly said 12 News should set up an appointment to “sit down and discuss it.”

12 News has submitted several interview requests to Fann’s office since the election. Those requests have been declined or ignored.

Legal efforts in Arizona and across the country to overturn the election failed unanimously, leading up to last week’s violence at the U.S. Capitol.

Congress was in the process of certifying the electoral college votes when protestors stormed the capitol building.

Yee answered questions to 12 News in June when she defended President Trump for comments the president made about the coronavirus.