"Stop the attacks on our state by the socialist agenda and stand with me," Yee said in her announcement. 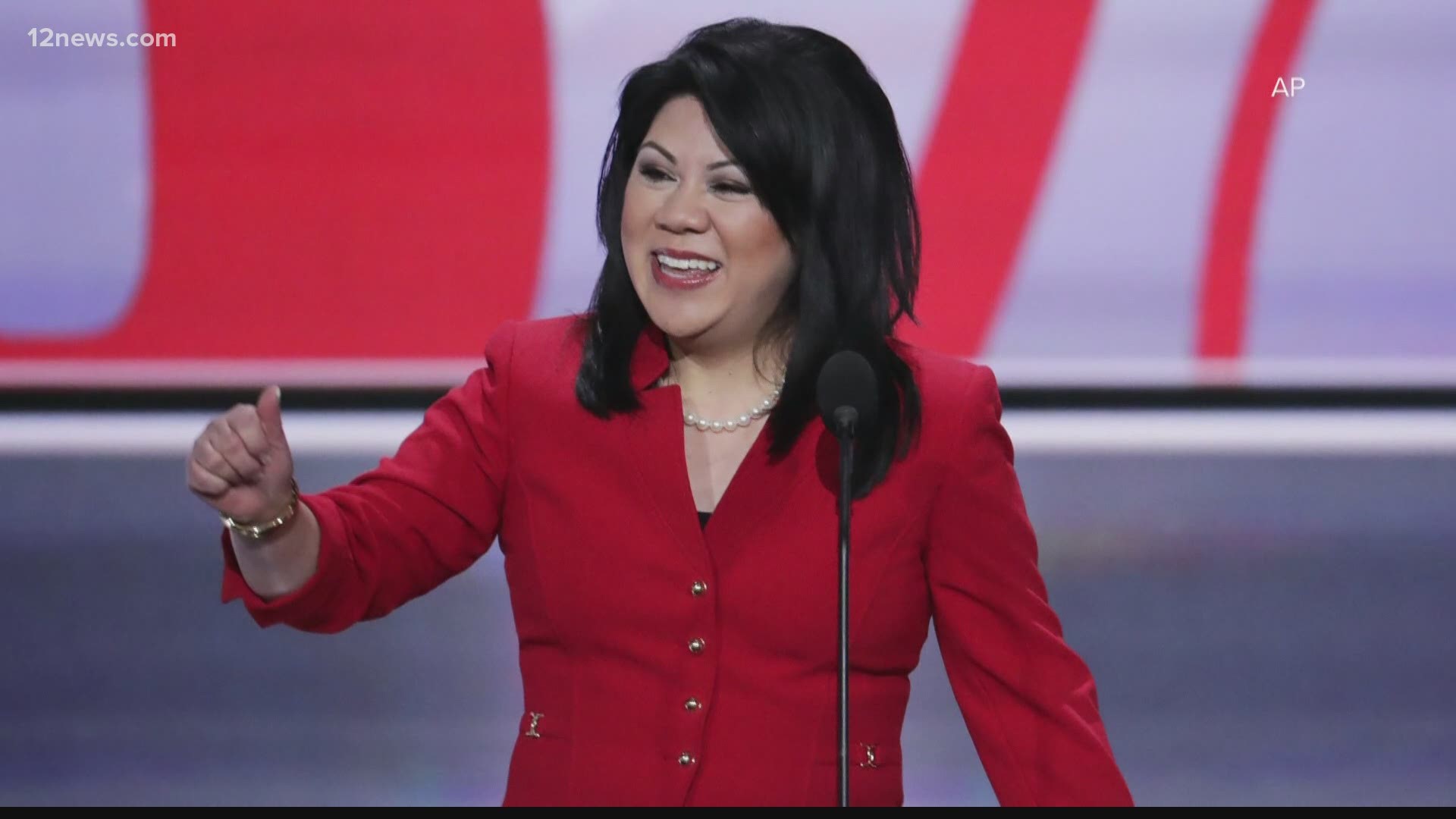 ARIZONA, USA — Arizona State Treasurer Kimberly Yee is seeking the Republican nomination for governor in 2022. The former State Senator made the announcement Monday. Yee also made it clear she is a Trump Republican.

A video released by Yee Monday hits issues that matter to hardline Republicans like business growth and border security. Yee also praises Trump in the video and condemns what she calls “the corrupt press.”

"As your Governor, I'll continue President Trump's fight to secure our southern border," Yee said in the video. "Washington is simply not going to protect Arizona."

Since the election, Yee remains the highest-ranking state official not to publicly accept the presidential election’s outcome. For six months, Yee has declined to respond to interviews on-camera or in writing about the election.

“I think the fact that Ms. Yee has made a calculated decision not to answer this question shows she is taking a count of a number of factors, including her prospects for fundraising, and what allies she stands to gain or alienate,” said Tracy Fessenden, co-director of the Recovering Truth project at ASU, a nonpartisan research group.

Fessenden said it’s important for news media to continue asking leaders where they stand on the election. Over the weekend, Trump issued a written statement rife with falsehoods about the integrity of Maricopa County’s election, including a claim that ballot rolls were “deleted.”

Lawsuits across the country contesting the presidential election were rejected in courts and Trump’s own Homeland Security Department and Attorney General concluded the election was free from outside interference.

“A lie can be effective politics for a while but it won’t serve our democracy well,” said John Carlson, co-director of the Recovering Truth Project. “If you have a leader who aspires to lead others and has trouble acknowledging basic realities, you will have trouble leading those who you are calling to lead.”

Carlson and Fessenden predict Republican leaders like Yee will hurt the party in the long run by not acknowledging the truth.

But the short term could be profitable for Yee. One recent poll by CBS News showed the majority of Republicans don’t believe Joe Biden was the legitimate winner.

She is currently the leader of both the Arizona Board of Investment and State Loan Commission and the state's Financial Literacy Task Force. Yee is also a member of the State Land Selection Board.

Yee is a graduate of Pepperdine University where she earned degrees in English and Political Science and she holds a master’s degree in Public Administration from Arizona State University.