The coalition's lawsuit argues that the state's mask mandate ban is unconstitutional, was passed illegally and undermines the rights of school children. 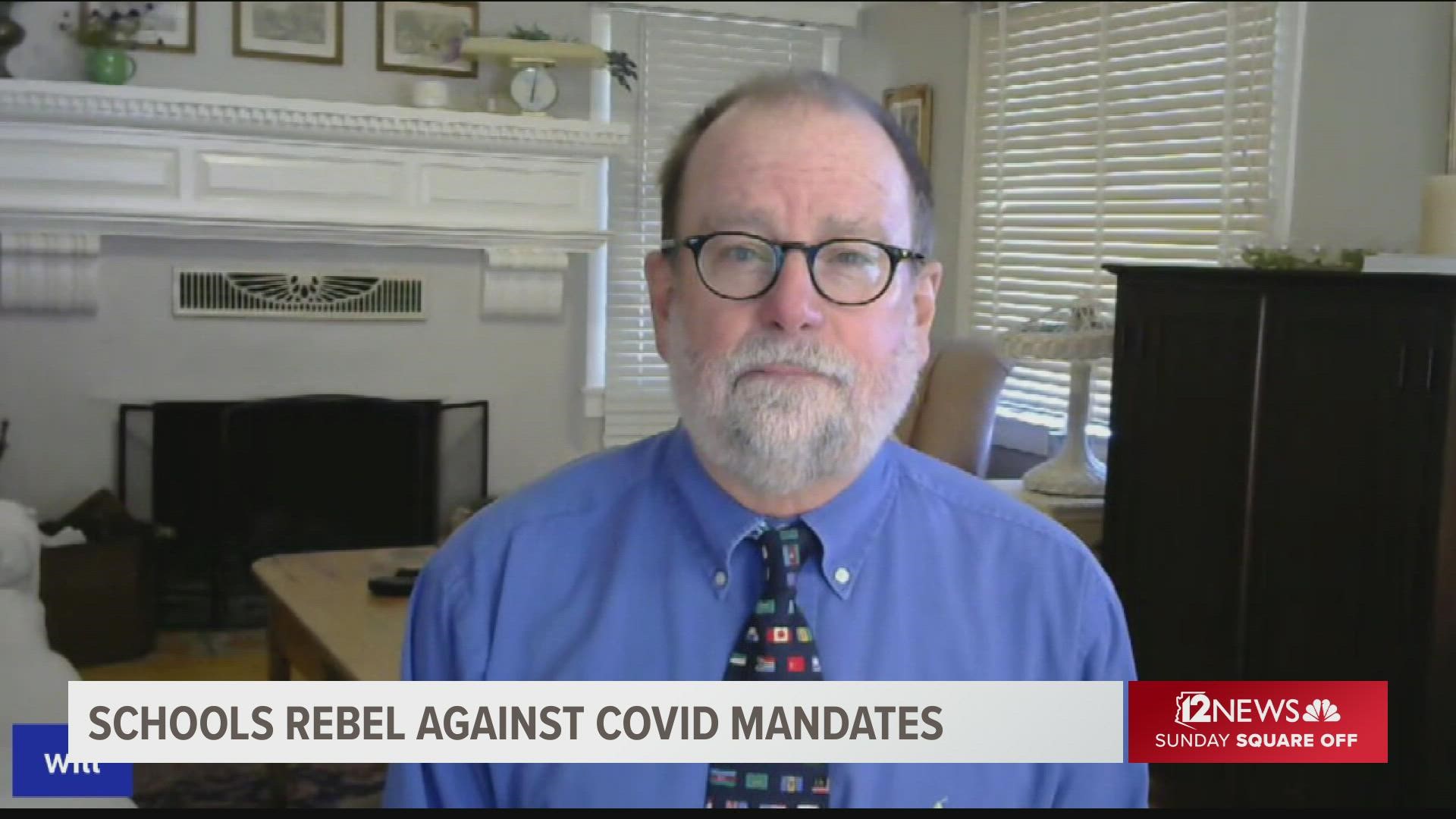 A coalition of Arizona school entities filed a lawsuit against the state's ban on mask mandates in the classroom on Thursday.

The lawsuit states that the mask mandate ban pushed by Gov. Doug Ducey undermines the rights of school children in the state and was passed illegally.

"This is an action seeking to enjoin unconstitutional legislation that undermines our representative democracy, and to uphold the fundamental right of Arizona’s public schoolchildren," the lawsuit read in part.

Ducey called school mask mandates a form of "discrimination" even though he and outgoing ADHS Director Dr. Cara Christ recommended - but not required - masks be worn indoors.

The CDC updated its guidelines for masks as COVID-19 cases rise across the US again as vaccinations stall and the delta variant of the virus continues to spread.

Masks have always been cited as an effective way to limit the spread of coronavirus which is most commonly transmitted from person to person.

Confusion has swirled around when the legislative ban on mask mandates takes effect in the state due to a 90-day waiting period, but most legal experts agree that it begins at the end of September.

Until then, many major school districts have instituted a mask mandate in defiance of Ducey as students return to the classroom. Although, one school district faces its own legal action over the mandate.

Multiple districts throughout the state have also seen outbreaks recently, and pediatric experts reported a rise in cases in children.

Another claim made in court paperwork stated that the Legislature passed the ban at a time when public health was at risk particularly in school-aged children.

The lawsuit is asking for the court to declare multiple passed bills in violation of the Arizona Constitution.

The lawsuit can be read here.