Republican Rep. David Stringer of Prescott delivered his unexpected apology at the close of the House session on Thursday.

PHOENIX— An Arizona state lawmaker is apologizing months after his remarks on race and immigration led to a backlash and the loss of his chairmanship on a key committee.

Republican Rep. David Stringer of Prescott delivered his unexpected apology at the close of the House session on Thursday.

Stringer says "issues that relate to race and ethnicity are very sensitive in any setting." He says upon reflection he believes he has a duty to apologize to his colleagues in the Legislature and the public.

Stringer told Arizona State University students that African-Americans "don't blend in" and said Somali immigrants don't look like "every other kid" as previous European immigrants do. The comments were first published in November by the Phoenix New Times.

The Prescott City Council passed a motion asking for Stringer's resignation 6 to 1 on Dec. 4.

Stringer had previously faced calls for his resignation following similar comments last summer when a video clip in which he was recorded calling immigration an existential threat to the United States and saying "there aren’t enough white kids to go around" in Arizona's public schools made the rounds on the internet.

WATCH: AZ legislator on immigration: 'There aren't enough white kids to go around' 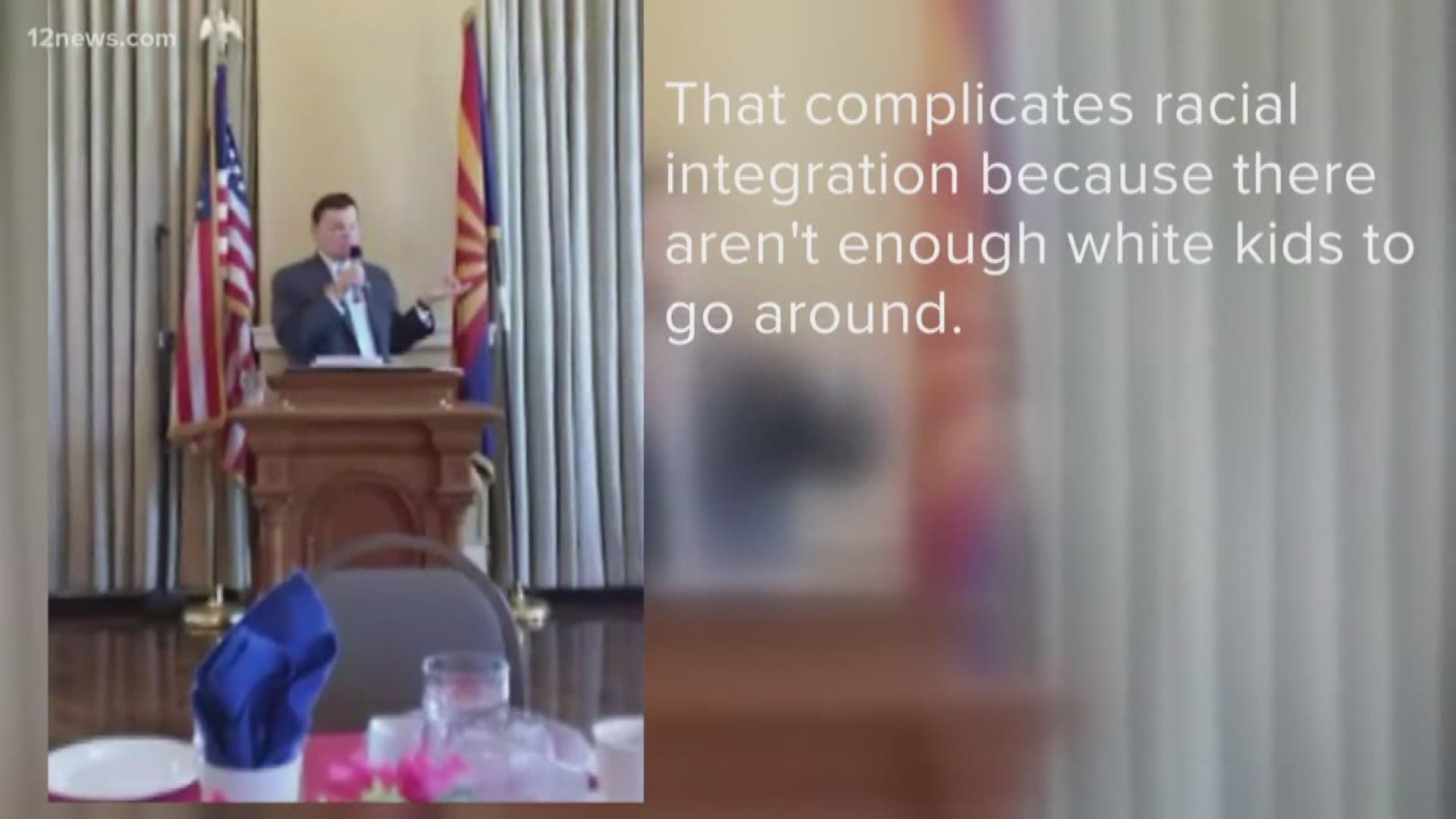