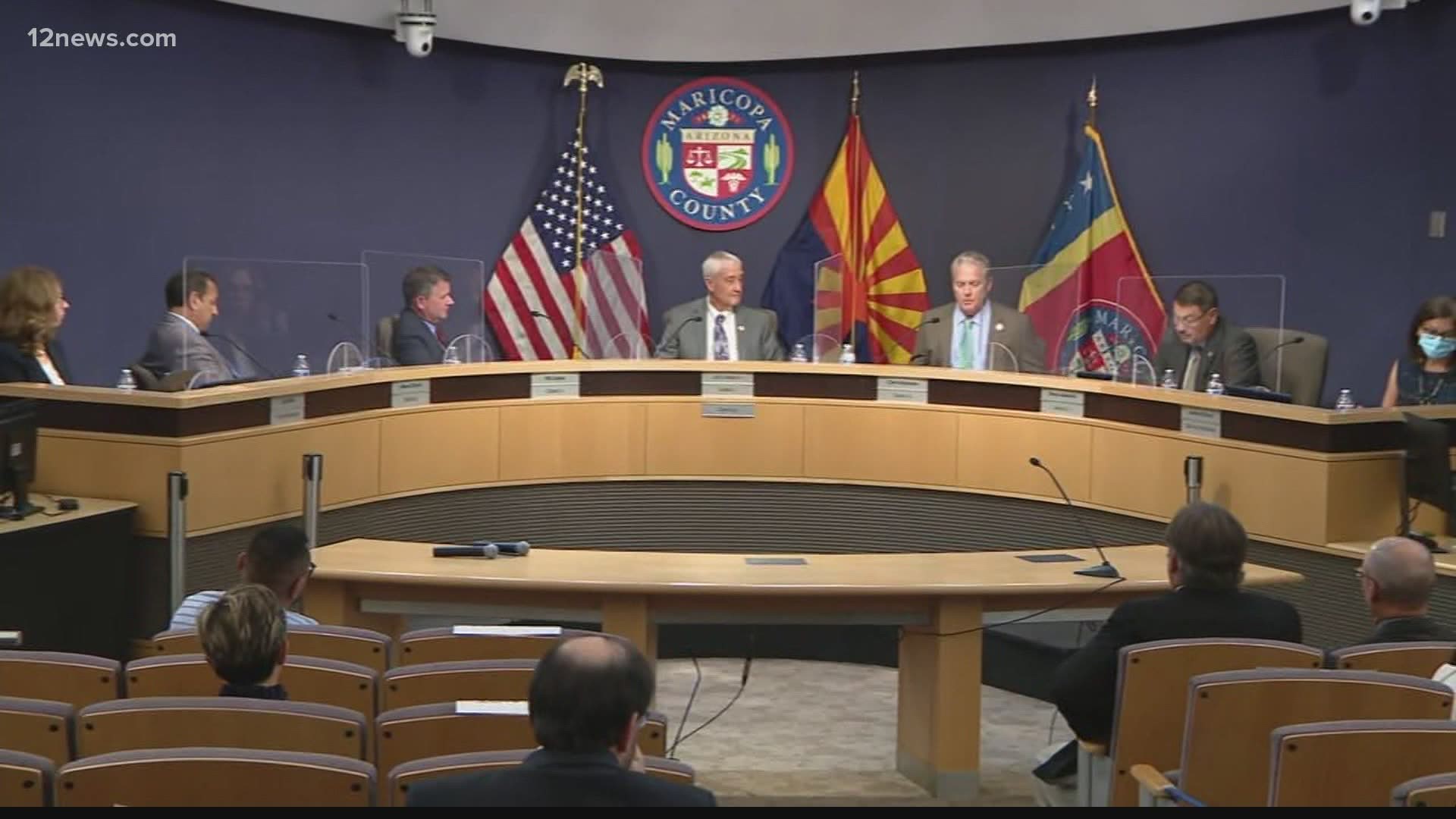 In a blistering, 13-page rebuke to the Republican leader who ordered the 2020 election audit and the novice audit team she assembled, the Maricopa County Board on Monday urged Senate President Karen Fann to end the audit "for the good of the country and for the good of the Democratic institutions that define us as Americans."

"We implore you to recognize the obvious truth," the letter said. "Your 'auditors' are in way over their heads.  They do not have the experience necessary to conduct an audit of an election. It is inevitable that they will arrive at questionable conclusions. It is time to end this."

The County Board was responding to Fann's own letter last week demanding to know why the board hadn't complied with a court subpoena for certain election materials. Fann also alleged that election records were deleted and some ballots spoiled.

The board's letter dismissed all of Fann's arguments.

It was the allegations of sloppy or even criminal errors, first aired by the Senate Republican audit's Twitter feed, that most outraged county officials.

County officials described it as "defamation" and an insult to workers in the second-largest election jurisdiction in the country.

Despite drawing what he called "a line in the sand," Board Chairman Jack Sellers conceded that the county wouldn't try to force the audit to shut down.

"It's really up to them, at this point, if they want to continue this," Sellers told reporters.

Fann responded to the county during a livestream Tuesday.

The livestream had been set up for a meeting with County Board members to discuss the standoff over the subpoena and the election-related allegations.

"This board was going to be part of political theater broadcast on livestream by OAN," Gates said at the board meeting. "We're not going to be a part of that."

One America News Network is a far-right cable channel that has promoted false conspiracy theories about the election. Three of its employees are raising money to help pay for the Senate Republicans' audit.

Senate Majority Leader Warren Petersen, who issued the subpoena for the county's election materials in January, noted Monday on Twitter that the county didn't agree to hand over the computer routers and tabulation machine passwords that were covered by the subpoena.

Via the media, the President received a letter from the County. Outside of the unnecessary insults I'm glad to see a response. Unfortunately it does not agree to comply with the subpoena or fully answer all of her questions.

This latest standoff over the Senate's subpoena comes with the hand recount of Maricopa County's 2020 election ballots - the most visible piece of Senate Republicans' audit - on hold for a week.

The 2.1 million ballots are being stored in semitrailers at a State Fairgrounds building until the partisan audit resumes next week at Veterans Memorial Coliseum.

The hand-count of presidential and Senate ballots is at least a month-and-a-half behind schedule. There's no firm end date for the audit.

Fann has said that the audit was needed to respond to the thousands of voters who have contacted Republican lawmakers with questions about the election.

The Republicans' audit won't change the outcome of the vote in Maricopa County, a swing county that helped deliver the White House to Democrat Joe Biden. Biden was the first Democratic presidential nominee to win the county in 72 years.

The audit marks the first time one of Arizona's legislative chambers has undertaken its own review of election results.

It grew out of Republican lawmakers' push to overturn the election results in the wake of President Donald Trump's defeat last November.

Critics warn that partisan legislative audits could become a new parallel election, destabilizing democracy by producing results that conflict with the actual election.

County Board Chairman Jack Sellers set the tone for the board meeting with a withering assault on Fann and the audit team leader, Florida-based Cyber Ninjas.

"We will be reviewing a response to the state Senate president's attempt at legitimizing a  grift disguised as an audit," Sellers said in his opening statement.

"The Ninjas can't even find files that were given to them by Maricopa County. They can't find the files because they don't know what they're doing."