The AGO is asking the U.S. District Court in Arizona to grant a temporary restraining order and nationwide preliminary injunction as soon as possible. 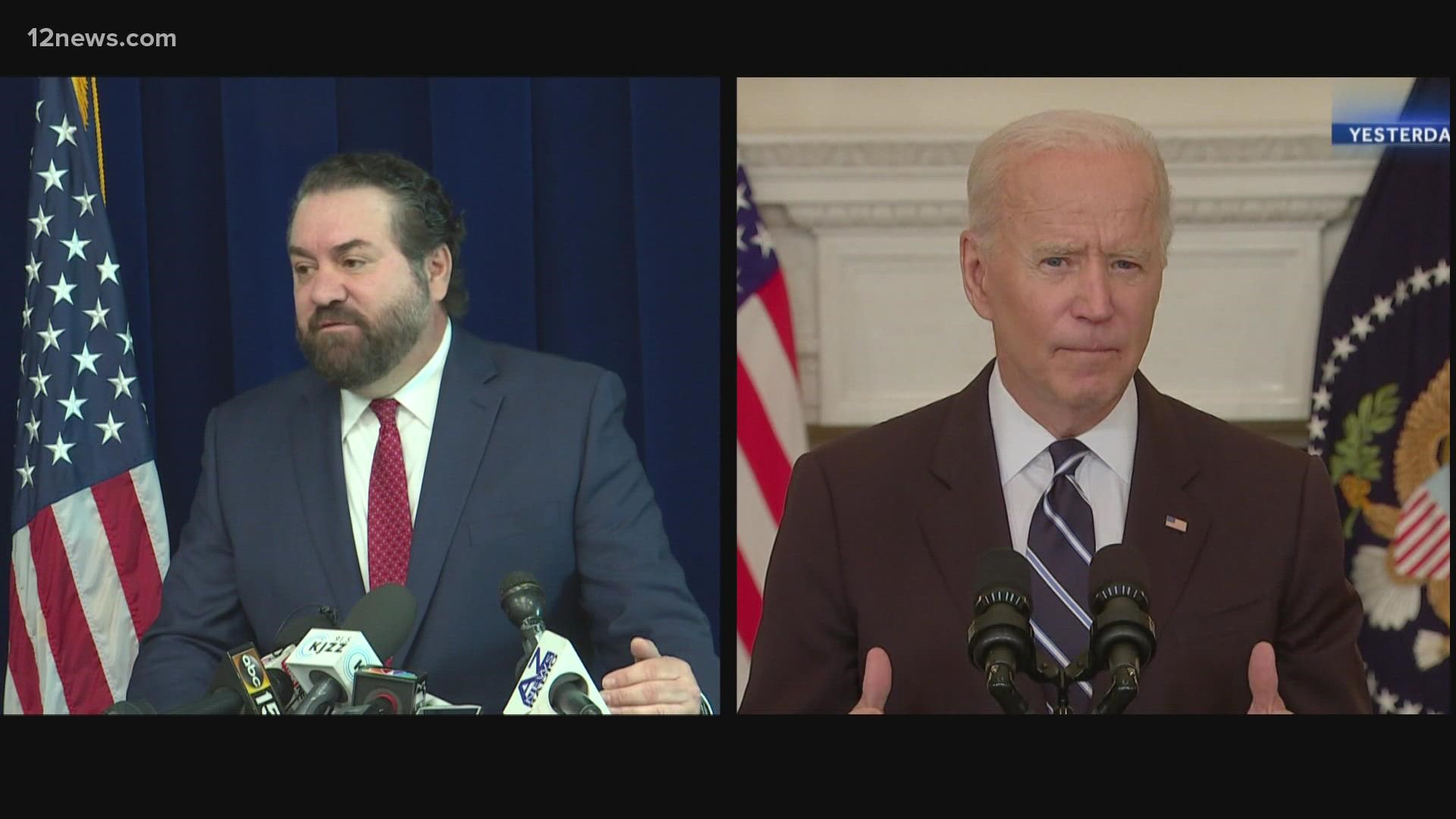 Arizona Attorney General Mark Brnovich announced Friday that he has asked for a temporary restraining order against the Biden administration for the COVID vaccine mandates.

Brnovich filed an amended complaint expanding his lawsuit to stop the Biden Administration’s "unconstitutional and illegal" COVID-19 vaccine mandates, adding claims against the federal contractor and federal employee requirements, according to a release from the Attorney General’s Office.

The  AGO is asking the U.S. District Court in Arizona to grant a temporary restraining order and nationwide preliminary injunction as soon as possible.

“Once a vaccine has been administered, it can never be undone,” Attorney General Mark Brnovich said in the release. “The COVID-19 vaccine mandate is one of the greatest infringements upon individual liberty, federalism, and the separation of powers by any administration in our country’s history.”

Brnovich was the first attorney general to file a lawsuit against this unconstitutional policy in September 2021, the release states.