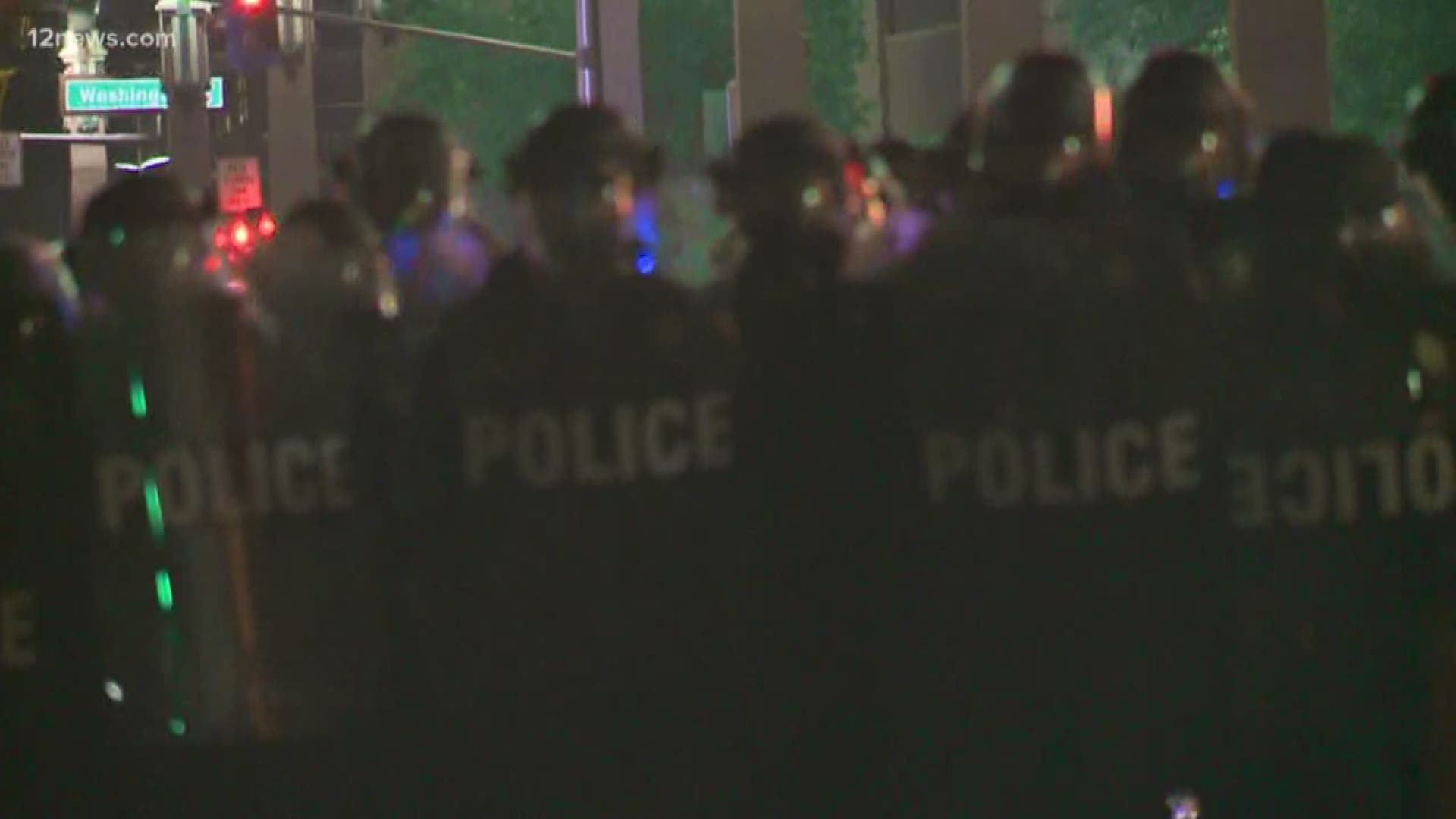 The ACLU of Arizona filed a lawsuit Tuesday, accusing police of refusing to turn over records.

Their requests include video, training materials and weapons inventories.

An Aug. 22 protest following a rally with Trump was mostly peaceful but took an unruly turn when it ended.

The police say those measures were utilized appropriately after some protesters threw objects at officers.