Candidates Kate Gallego and Daniel Valenzuela discussed many issues at the center of the Phoenix mayoral election including public safety, light rail expansion, water and more. 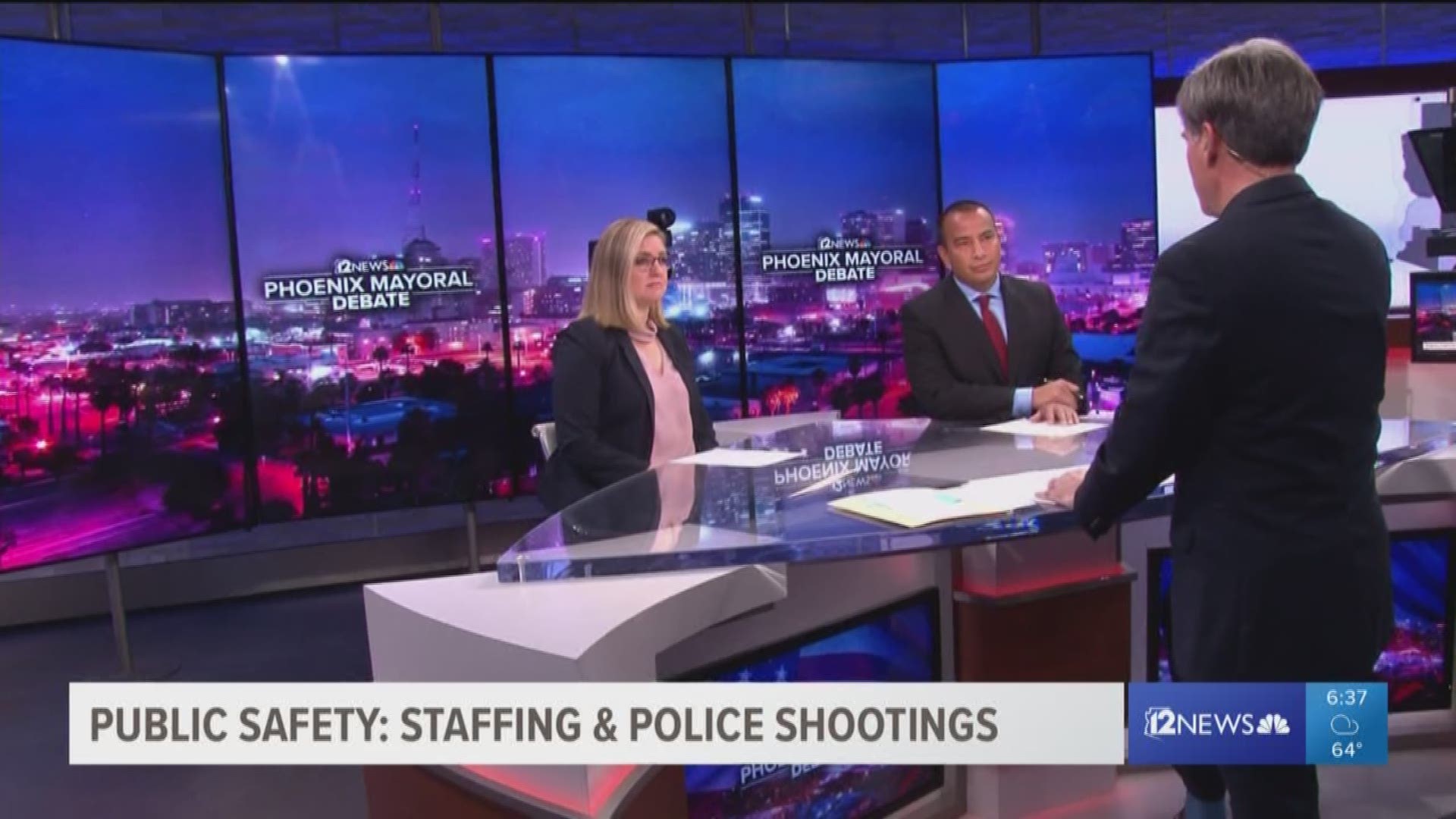 PHOENIX - Phoenix mayoral candidates Kate Gallego and Daniel Valenzuela squared off in a special debate on 12 News Friday night, moderated by Brahm Resnik, ahead of the March 12 special runoff election.

As you may remember from your November ballot, if you voted, you likely already voted for a mayoral candidate for the city of Phoenix.

Stanton is now in the office formerly held by now-Senator Kyrsten Sinema, who replaced Jeff Flake in the U.S. Senate.

Despite Democrat Kate Gallego receiving 45 percent of the total vote, she did not reach the 50 percent required for an outright winner. The top two would go head-to-head in a special runoff election.

That election will be held just over a month from now on March 12, between Gallego and fellow Democrat Daniel Valenzuela, who received 26 percent of the vote in November's election. The winner will fill the vacancy of this term, which expires Jan. 2, 2020.

On why public safety unions are backing Valenzuela: 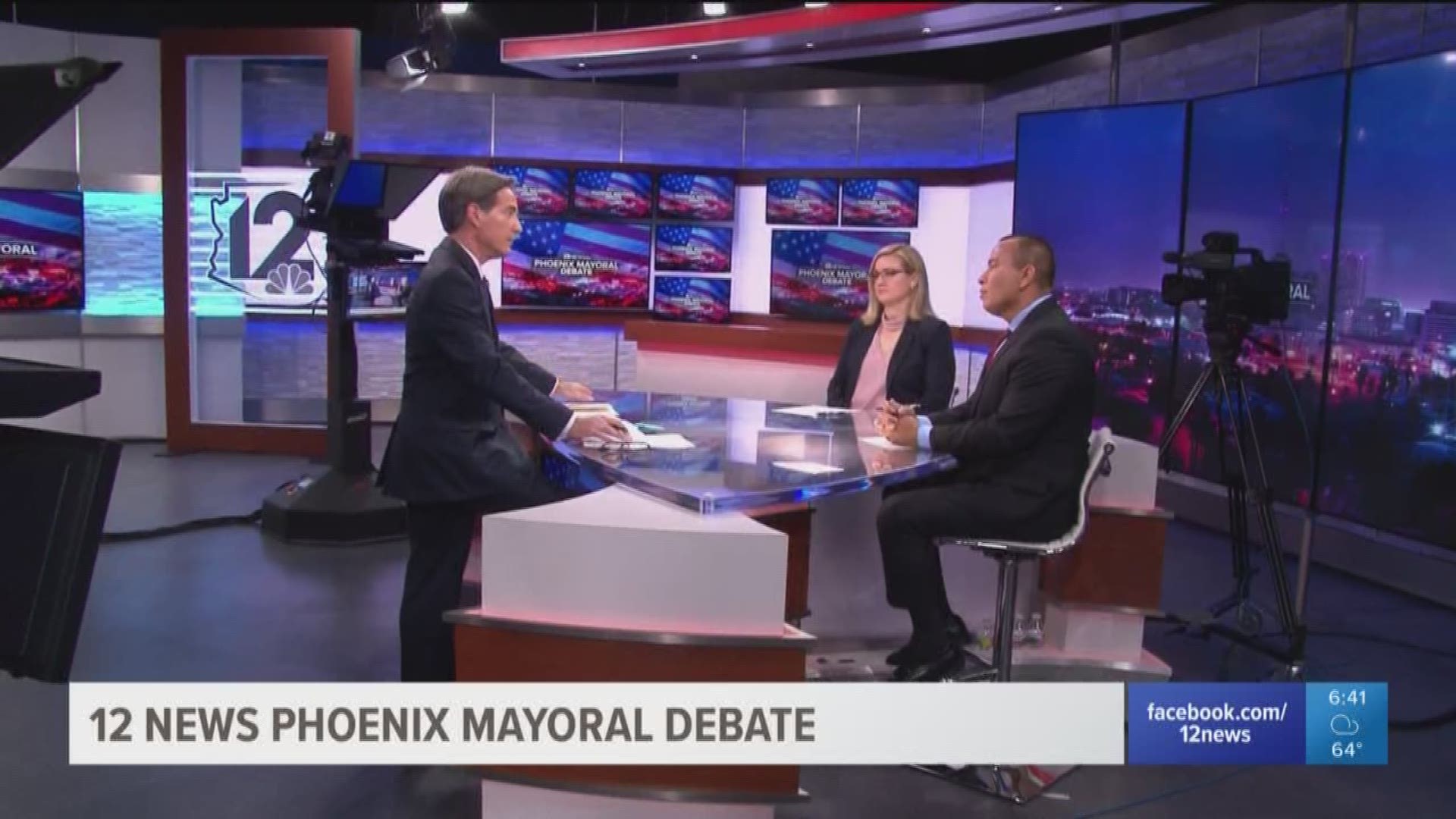 What would the candidates do to keep the Diamondbacks downtown? 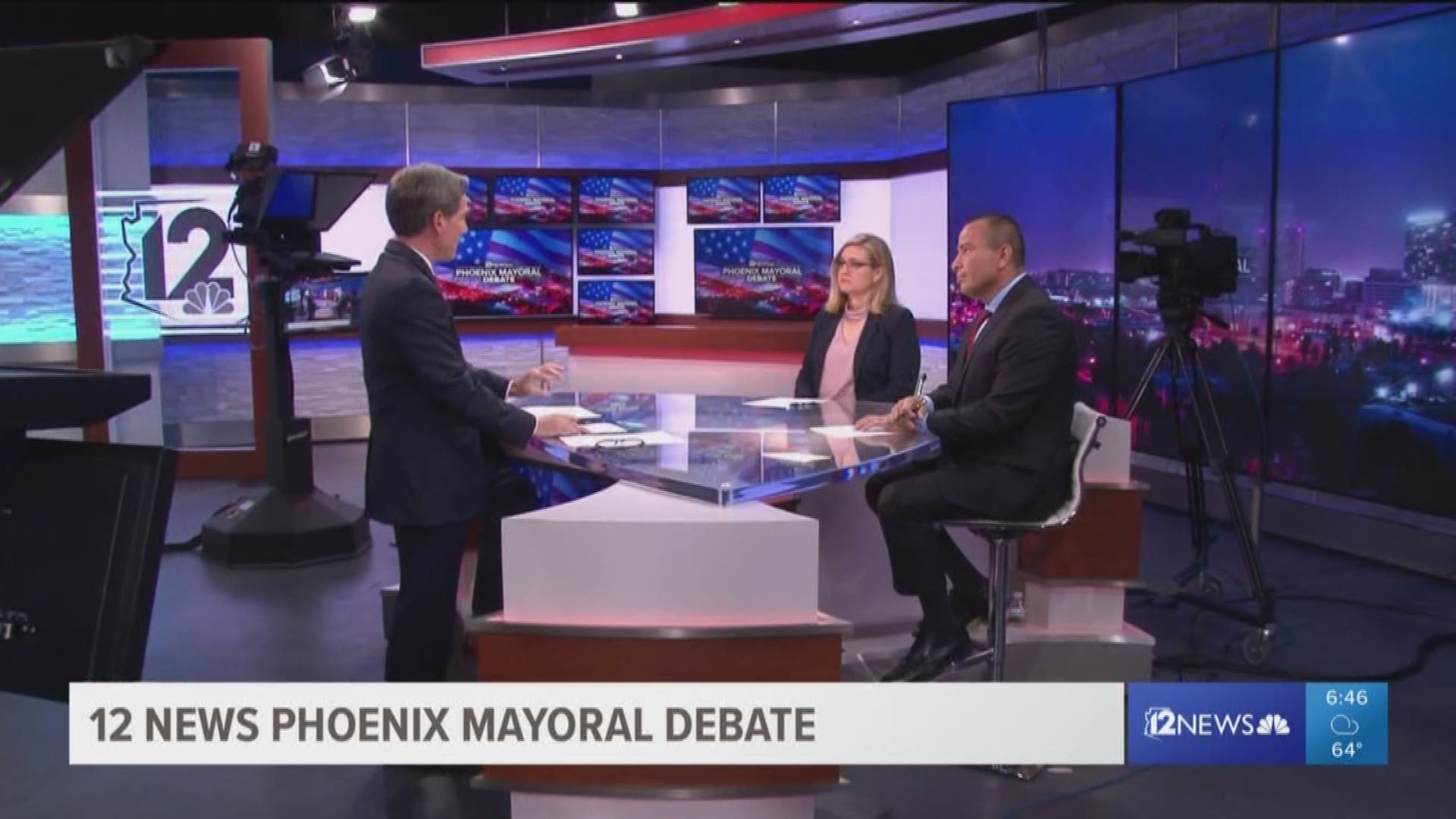 Should taxpayers foot the bill for sports stadiums? 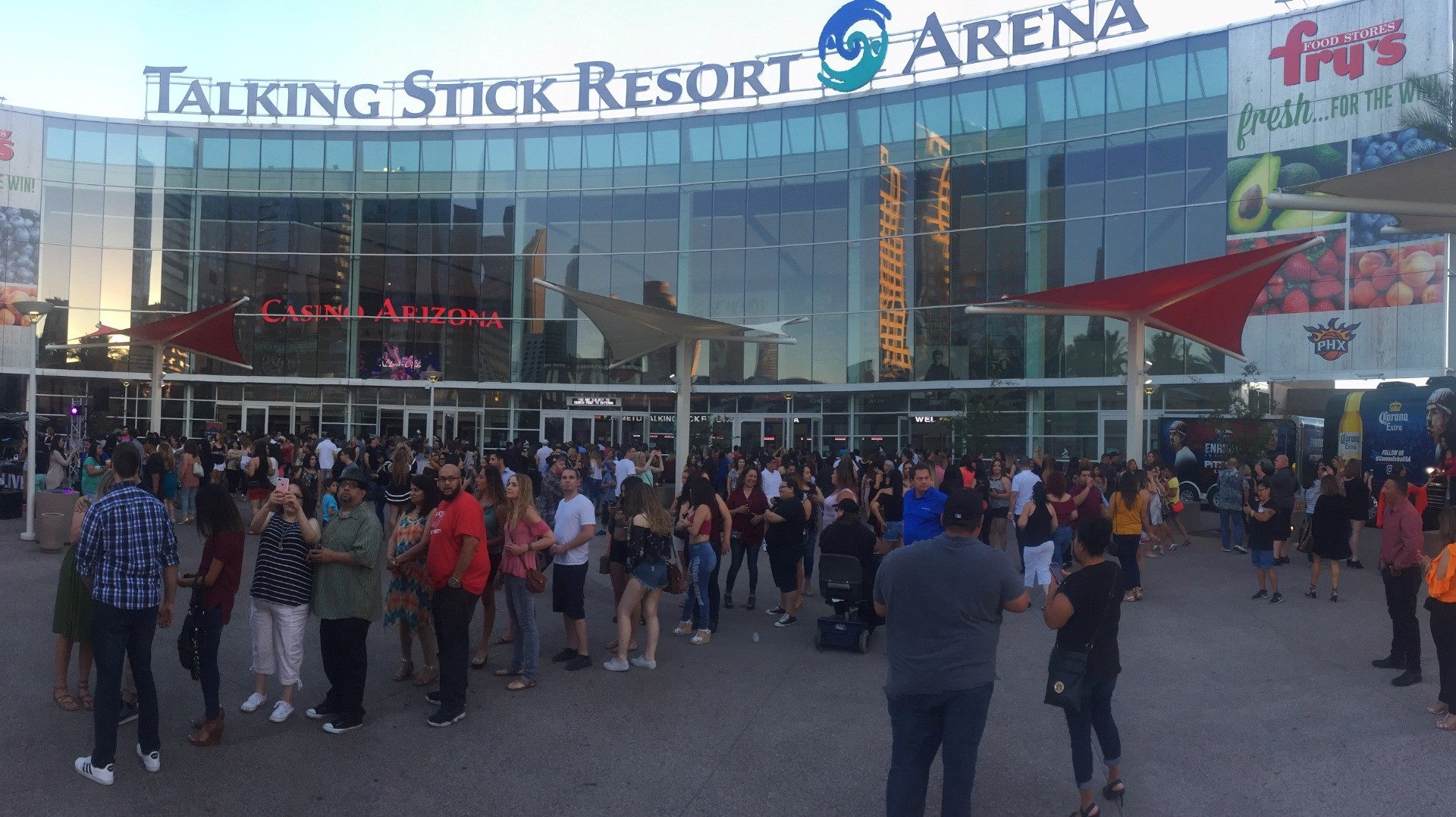 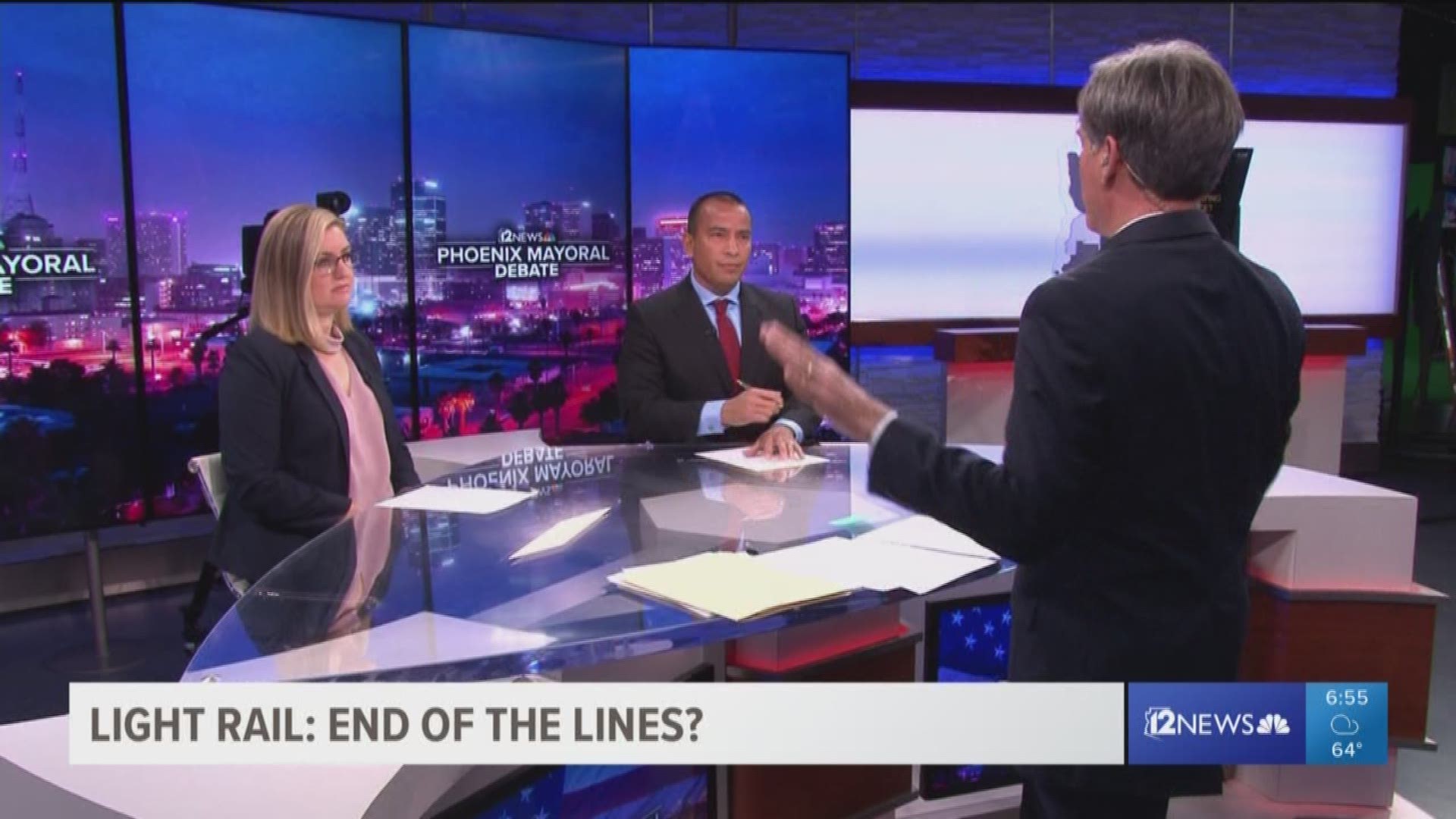 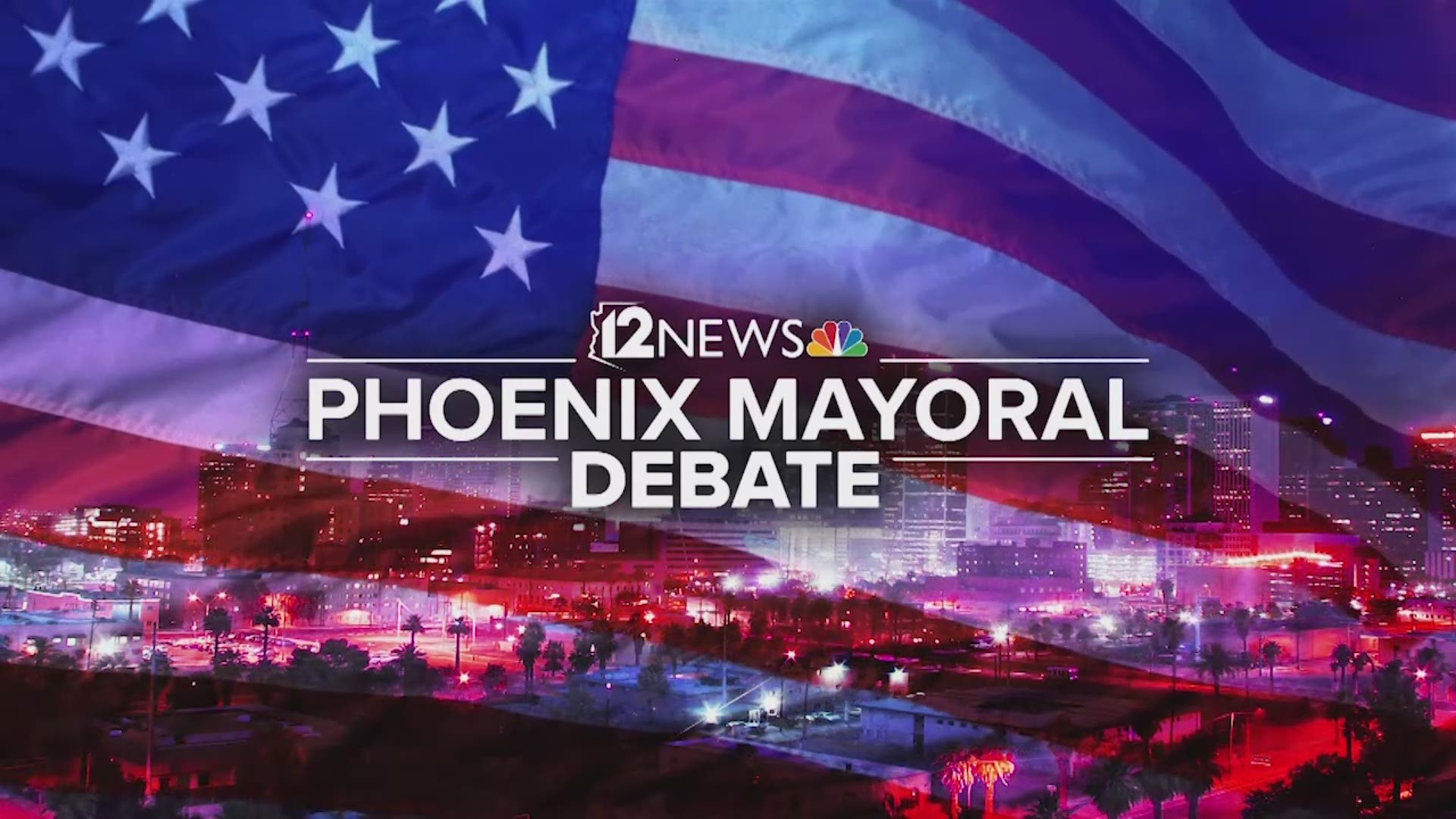