The Phoenix Police Department is now training and equipping first responding officers with a lifesaving tool to reverse the effects of overdose. 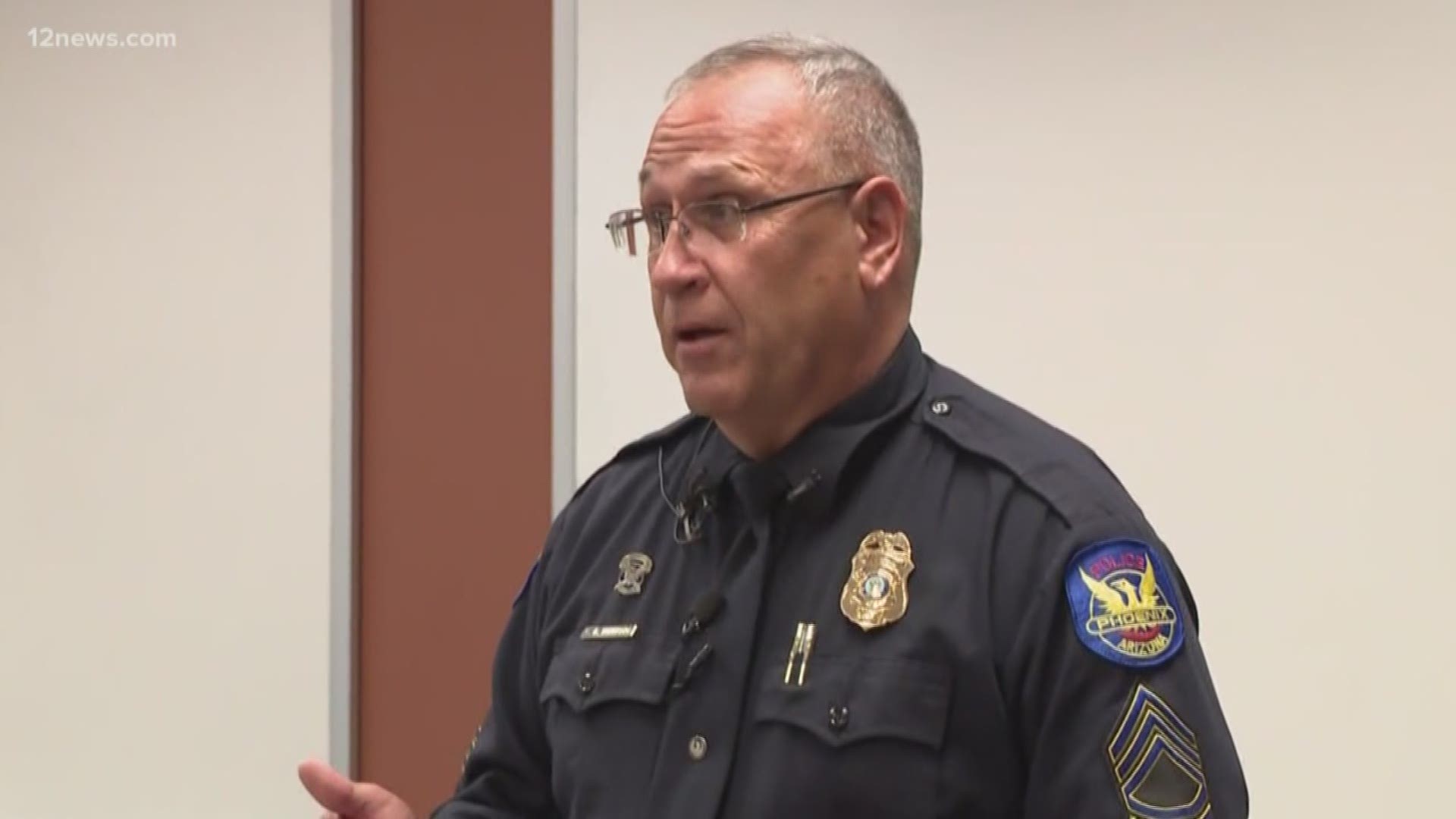 The Phoenix Police Department is now training and equipping first responding officers with a lifesaving tool to reverse the effects of overdose.

Previously, just the department's Drug Enforcement Bureau carried the prescription nasal spray Naloxone, also known as Narcan, with them. However, Phoenix Police recently received a grant from the Arizona Department of Health Services for 1,800 units.

Phoenix Police are now training their patrol officers on when and how to use Narcan. After patrol units and the Downtown Operations Unit are trained, Phoenix Police will work on training other units like officers at the airport and Transit Bureau.

"We know that we have a problem with opioid use and abuse and that's why this is an important tool for officers," Thompson said.

During training officers are given a card to carry that lists steps to determine if someone is overdosing. They're then given a unit equipped with two 4 milligram doses of Narcan to deploy as needed.

"For most cases that's going to work to reverse the overdose," Det. Geoff Ballentine said.

They're hoping having more officers ready to use it, means fewer people dying from overdose.

"If we're able to get there first and our efforts save one life it's worth our efforts," Thompson said.

While Tempe Police does not have their officers carry Narcan, other departments like the ones in Mesa, Goodyear, Glendale, Scottsdale and Buckeye say they've saved lives thanks to officers carrying the drug.