"We want everyone in our communities to feel safe and feel that we can have dialogue but it needs to stick with words and not physical." 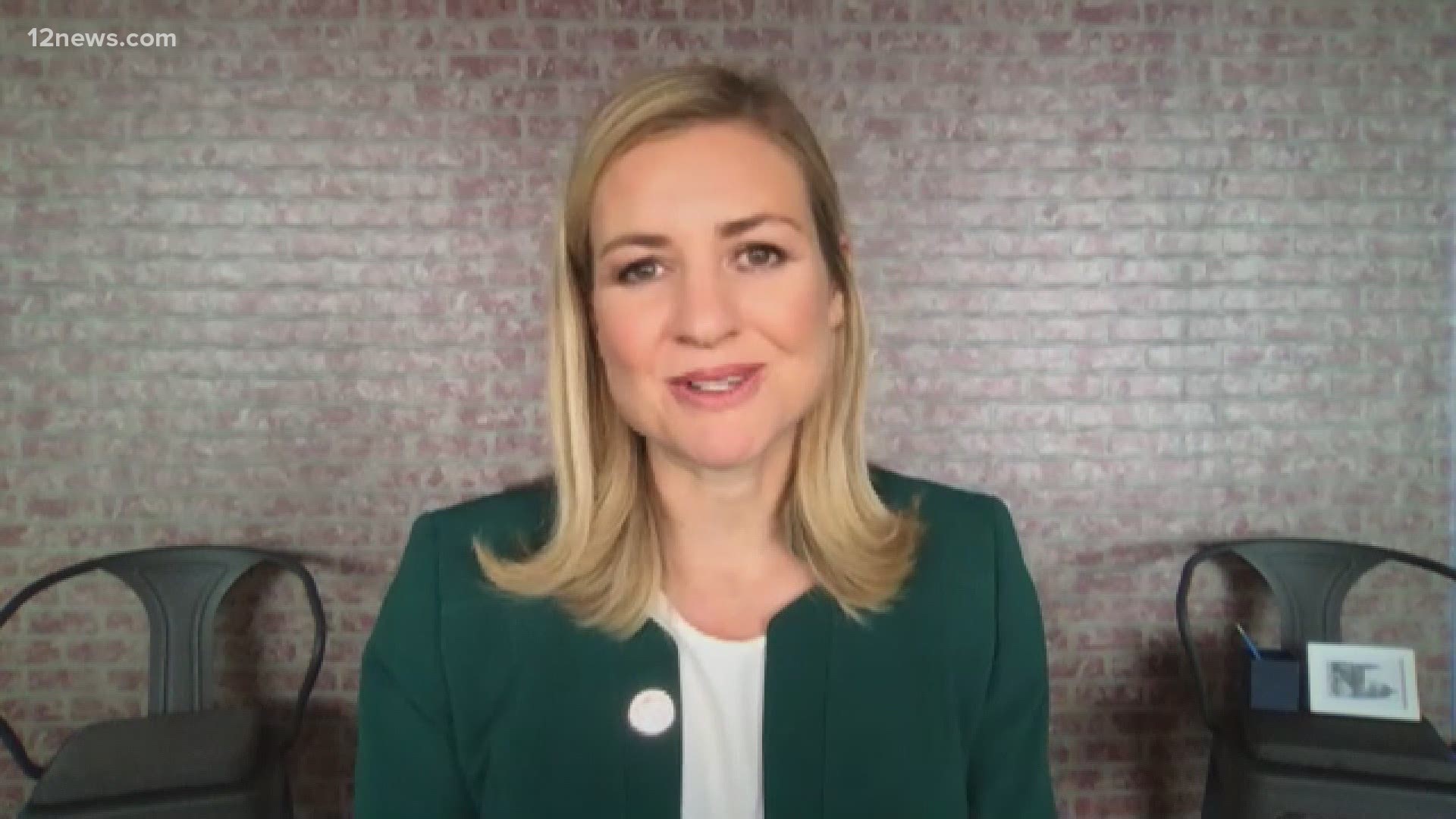 The threat came within the last two weeks, according to a spokesperson from the mayor's office.

The mayor of America's fifth-largest city responded to the threat with both grace and force telling 12 News, "We want everyone in our communities to feel safe and feel that we can have dialogue but it needs to stick with words and not physical threats."

Today I spoke with Phoenix Mayor @KateWGallego Kate on a number of challenges facing the city including the alleged treat made against her by a Phoenix Police Officer.

She responded with grace but made it clear physical threats have no place in civil disagreement. #12News pic.twitter.com/UFjYXTkjg4

Phoenix, like many cities across the country, has faced a number of challenges with COVID-19 cases surging once again, impacting public health and the economy.

“We want our economy to recover in a way that gives everyone opportunity to succeed. We want to make sure we continue to take public health seriously. We do not yet have a vaccine and even once we have a vaccine it will take a while to distribute it to how do we make sure that we have a safe and thriving city,” said Gallego.

Gallego joined the CDC officials and medical experts calling for people to continue practicing safety protocols as we head into the flu and holiday season.

"I know the masks are not the most comfortable, but they are more comfortable than ventilators," said Gallego.

"For the first time ever, the city of Phoenix partnered with Passport Health and Maricopa County for free flu shots," she said.

Schools across Arizona and Maricopa County continue to struggle with COVID-19 outbreaks in the classroom and recently changed benchmarks for schools to return to virtual learning if there is an outbreak.

ADHS changed its school district recommendations to close campuses and switch to remote learning on Monday with little warning.

Before ADHS revised the recommendations, the guidance was to close if just one of the benchmarks was in the most severe category for two weeks.

Some superintendents said they were caught off guard by the changes and were notified by colleagues.

The Mayor is calling for @AZDHS to be transparent with school districts following changes made to recommendations to close campuses and switch to remote learning. #12News pic.twitter.com/J6lvJxQZyT

Gallego said the state should be transparent with the public and education officials:

"I would encourage the state of Arizona to be very transparent when they make changes to the requirements. Many of our school districts found out that the requirements have changed because of television news reports and not direct dialogue with the school districts. It’s important for elected officials and public health officials to share information about the changes being made and the reasoning behind them. We do need to understand what is behind those statistics and why are we making it so that it’s it’s perhaps a in outcome that is unlikely due to be as responsive to the actual status of Covid in our community. We should have a dialogue everyone agrees that we watch kids to be in safe schools but we need to put public health officials at the front of that conversation and share information in a transparent way.”